A military base is being created 10 kilometers from Gomel

Military equipment and human labour continue to accumulate at the abandoned military base of the strategic aviation of the USSR near the village Ziabrauka. However, in accordance with official plans, the use of this facility was not mentioned by either Russian or Belarusian military in the framework of the “Union Resolve –2022” drills. And the airfield itself has not been used for its intended purpose since the early 1990s. The Flagshtok collected all the available information about this object.

At a briefing for foreign military attachés on the inspection of the military rapid reaction forces of the Russian Federation and Belarus, which took place on January 18, 2022, the military infrastructure of the Gomel region was not mentioned at all. 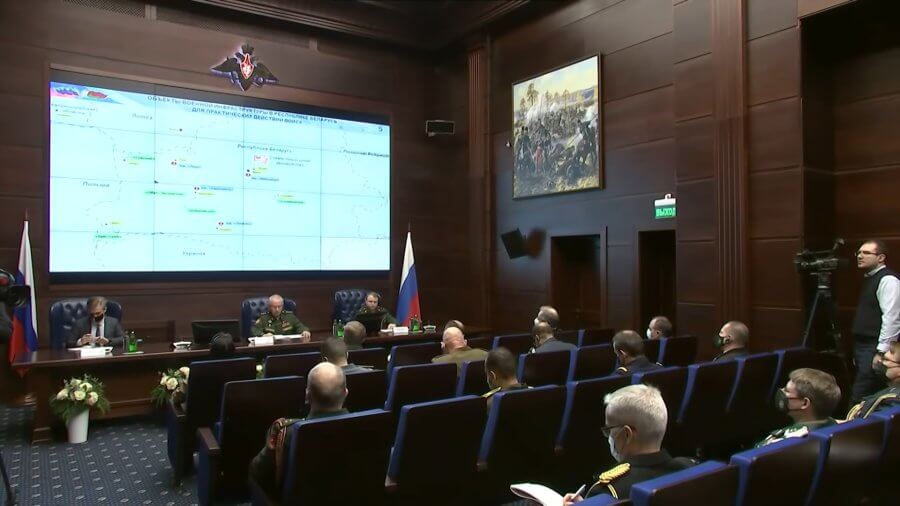 Despite the published schemes, the military immediately deviated from its plans. Already in the 20th of January, the old military base was cordoned off by the military police. And on January 27, the plan of the drills was published, where the square of the accumulation of “union” troops is indicated south-east of Gomel. 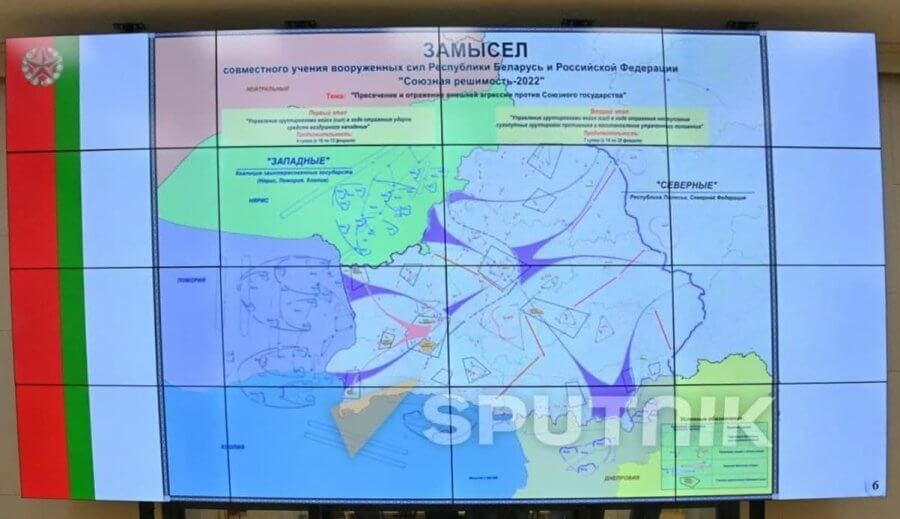 On February 3, the Executive Committee of the Gomel district, to which Ziabrauka territorially belongs, and the head of the district Council of Deputies published a request not to disseminate information about the movement of columns of military equipment on the network. 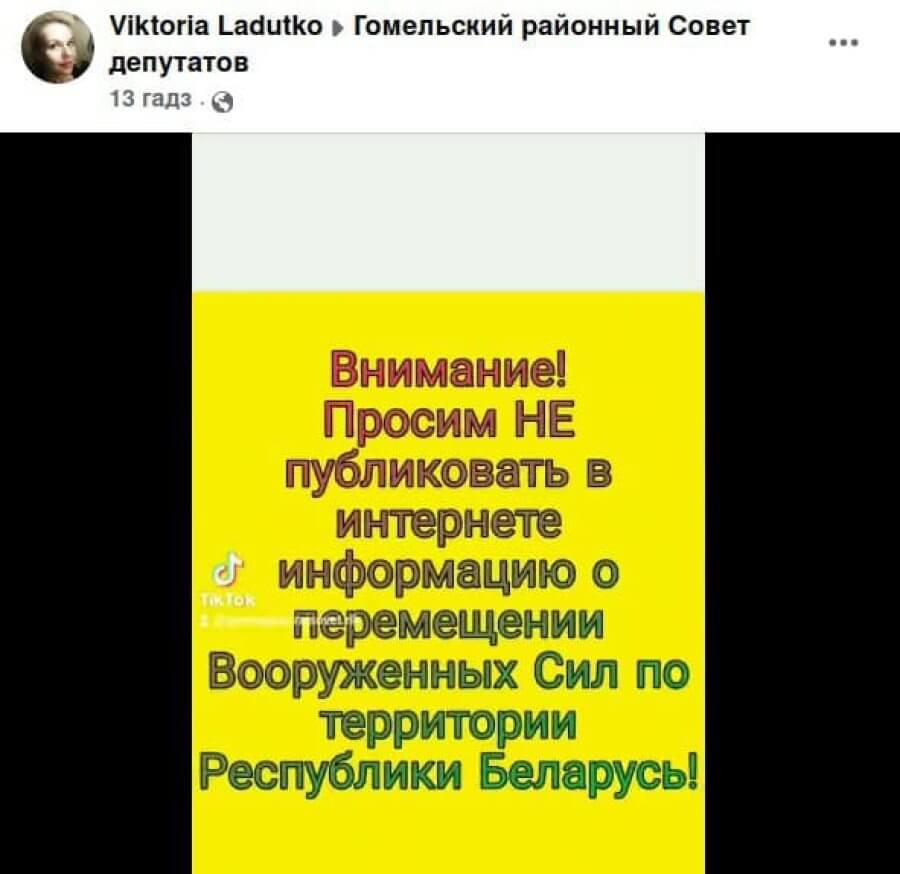 "Attention! Please don't publish information on the movement of Armed Forces on the territory of Belarus on the internet!"

Flagshtok collected information from open sources on the network about what is going on in the area of the old airfield. Comments are given in an impersonal form for security reasons.

“Now the accumulation [of armed forces] is at the airfield in Ziabrauka. It’s weird that no one writes about it. Daily unloading takes place at the Ziabrouka station, or equipment, or something else. And they transport everything to the airfield.”

“The military town is full of military personnel. And the landing strip is being repaired and cleaned. The airstrip is long there, perfectly preserved, the parking lots are intact, the steering lanes are almost all intact. And the airfield oil base has been fully preserved, now Gazpromneft is there.”

“Russians are settled everywhere, they are well treated there for old times’ sake. Some of Russian military live in a field camp, a small part – in the military town itself in the buildings preserved.”

The coming of military equipment to the airfield area was recorded on February 4: more than 10 KamAZ trucks adapted to transport human labour proceeded along the Gomel district bypass in the direction of Tserekhouka.


It’s noteworthy that the area of Ziabrauka was under the attention almost immediately after the beginning of the movement of troops. Already on January 21, 2022, the space satellites of the Copernicus project began to conduct a special comparative survey of the area. 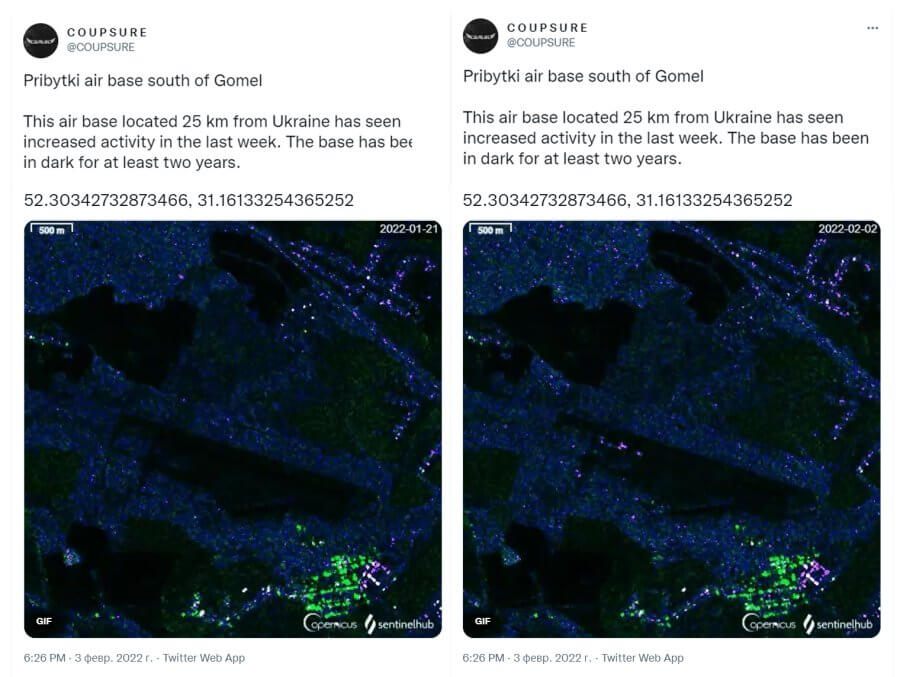 The arrival of the Tu-134 (RA-65690) aircraft of the top military leadership of Russia at the civilian Gomel airfield (GME), which was recorded by the flightradar24 service, can be considered an indirect sign of military activity in the Gomel area.  On February 3, after flying over Babruisk, Mozyr and Rechitsa, the plane landed in Gomel, after which it flew to Minsk. 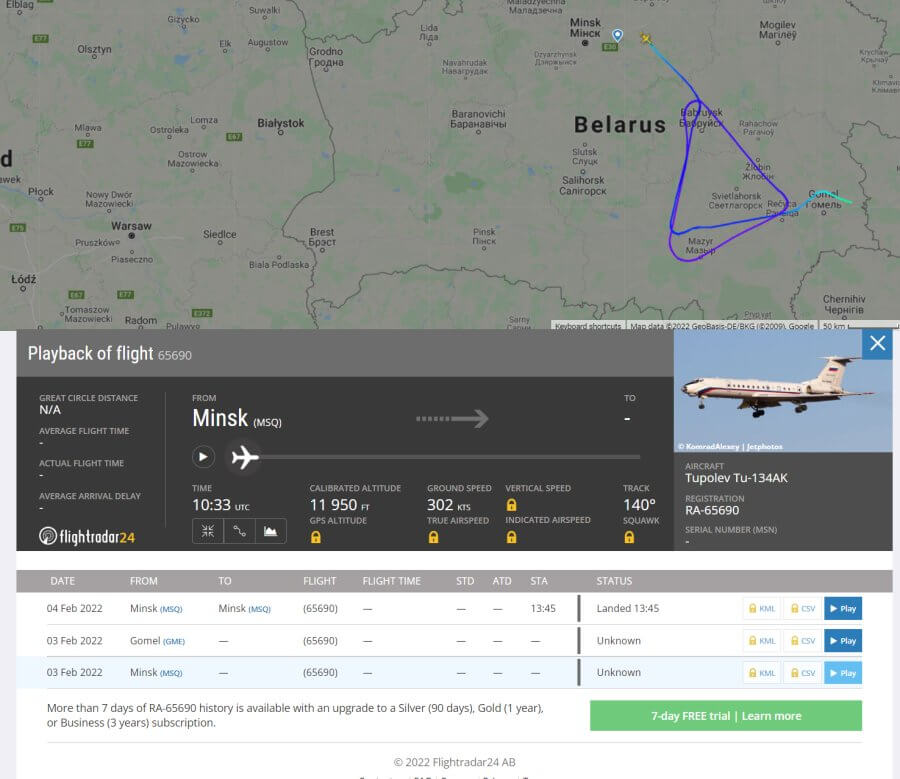 Flight path of the Tu-134 aircraft of Russian top military leadership, recorded by the flightradar24 service, 03.02.2022

At the moment, there is no doubt that despite the plans announced to the international community, the military of the Russian Federation and Belarus began to use the remnants of the Soviet military infrastructure near Gomel. The question is how this object will be used. It may disappear by the end of February (by the date of the official completion of the drills), or it may remain an active military facility to create a threat to Ukraine. In this case, the military facility and nearby settlements will become a potential target for a retaliatory strike by Ukraine and its allies.