On January 1, China launched a new freight railway route from China to Germany bypassing Belarus. The first train loaded with 50 containers of electronics and clothing departed for the German city Mannheim at 00:00 on January 1 from the station of the International port of Xi’an.

The Chinese publication Sina notes that the route of the new train passes through Russia “avoiding the instability of train traffic caused by the congestion of some stations of the traditional route” [of the route through Belarus – motolko.help]. After arrival in St. Petersburg, the containers will be delivered to the port Mukran in Germany by ship, and then to the final point – Mannheim. The length of the route is about 12.8 thousand km, and the travel time is 16-18 days. 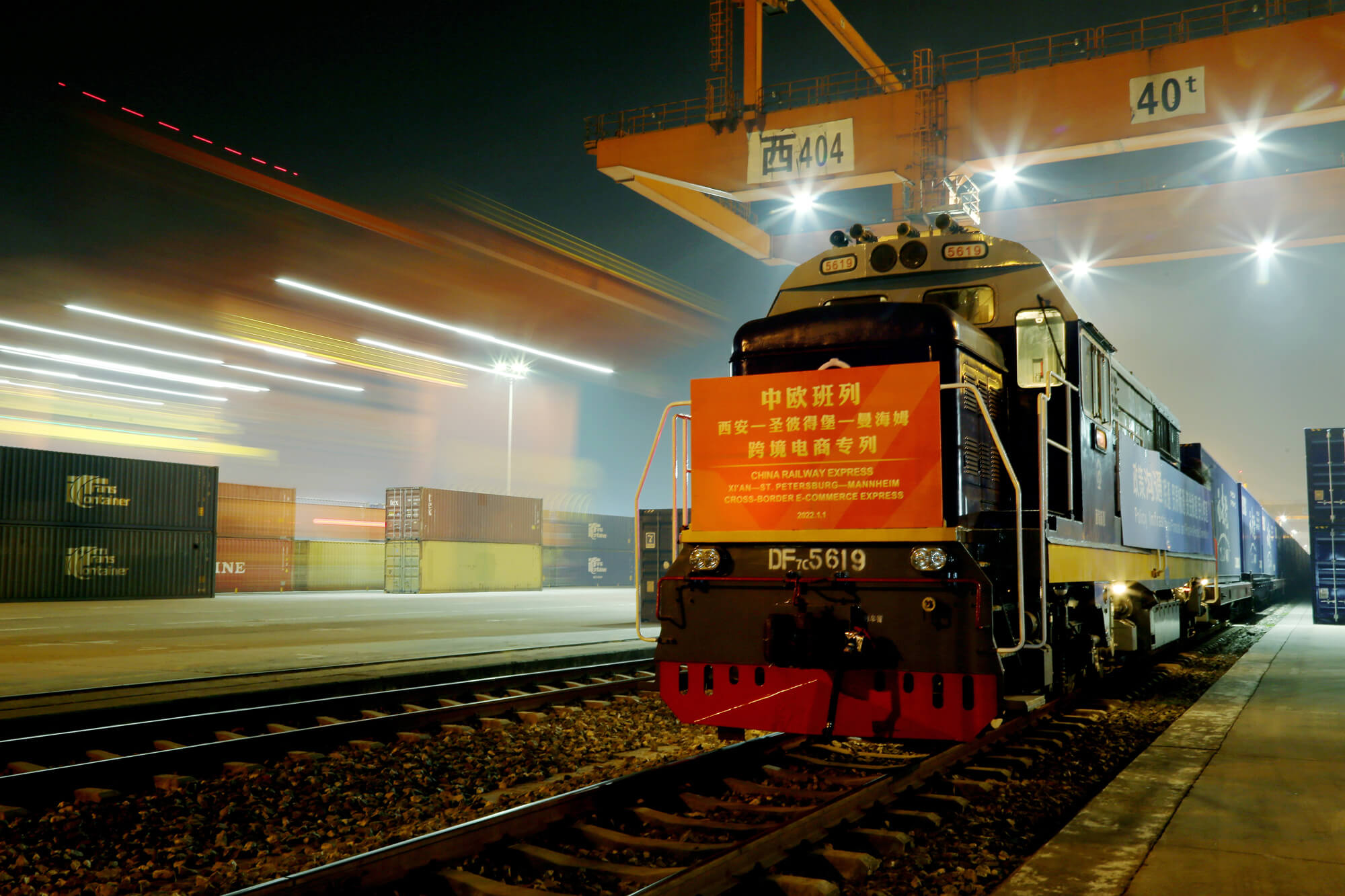 Probably, the “instability of train traffic” about which the Chinese media write is associated with repair work at the transshipment terminal in The Polish Malaszewiczy, through which 90% of trains from Asia to Europe pass. Last year, due to repair works, delays in the movement of trains were up to two weeks. In addition, it is planned to begin construction of a large logistics park, during which problems in the movement of trains may also be observed.

The telegram-channel “Live. Community of Railway Workers of Belarus” reports that the transit of container trains between China and Europe through Belarus is one of the main sources of income from transportation for the Belarusian Railways, and the reorientation of the routes of such trains affects seriously the income of the Belarusian Railways.

However, so far the situation does not look negative for the Belarusian Railways. The fact is that as of September 2021, it was reported that for 8 months of 2021, the volume of transit container traffic in the China-Europe-China route amounted to more than 470 thousand containers in the TEU [TEU – twenty-foot equivalent unit, a conditional unit of container traffic volume, for which a container of 20×8×8 feet (6058×2438×2438 mm) is taken – ed. motolko.help] , or over 140% compared to the same period last year. And the volume of all transit traffic on the Belarusian Railway for the same period amounted to 1 million containers in the TEU. For comparison, in 2013 the volume of transit container traffic was 38-40 thousand.

According to Igor Tyshkevich, the expert of the Ukrainian Institute for the Future, in addition to the growth of transit, prices are also growing. When a couple of years ago the price of transit of one container from China to Germany by rail was about $4,000-4,500, now this route costs at least $9,000 per container. Of which about 20% falls on the Belarusian section of the railway.

However, despite the huge cargo flow, the Belarusian Railways records relatively small profits, in the range of 10-20 million dollars, despite the fact that the total income from container transportation is several hundred million dollars. And the reason is that a huge part of the income goes to repaying loans. And in the future, to the modernization of border crossings

Served in Intelligence Service and worked at Gomeloblgaz. What is known about Dmitry Uskhopov, who died on New Year's Eve in Rechitsa?

“No answer”: Peskov did not answer the question whether Russia is ready to transport Belarusian potash