Singer Marharyta Leuchuk and blogger Andrei Pavuk, known as the duo “Krasnaya Zelen”, are wanted. Their cards appeared in the Interior Ministry’s database of wanted persons.

Both are wanted by the Department of Internal Affairs of Brest Regional Executive Committee. The card of Leuchuk says that she hid from the investigation under article 370 of the Criminal Code (“Insulting State Symbols”). Pavuk’s articles are 370 (“Insulting State Symbols”), 369 (“Public Insult to a Representative of the State”) and 2031 (the Criminal Code of Belarus does not contain such article, probably it’s a misprint). 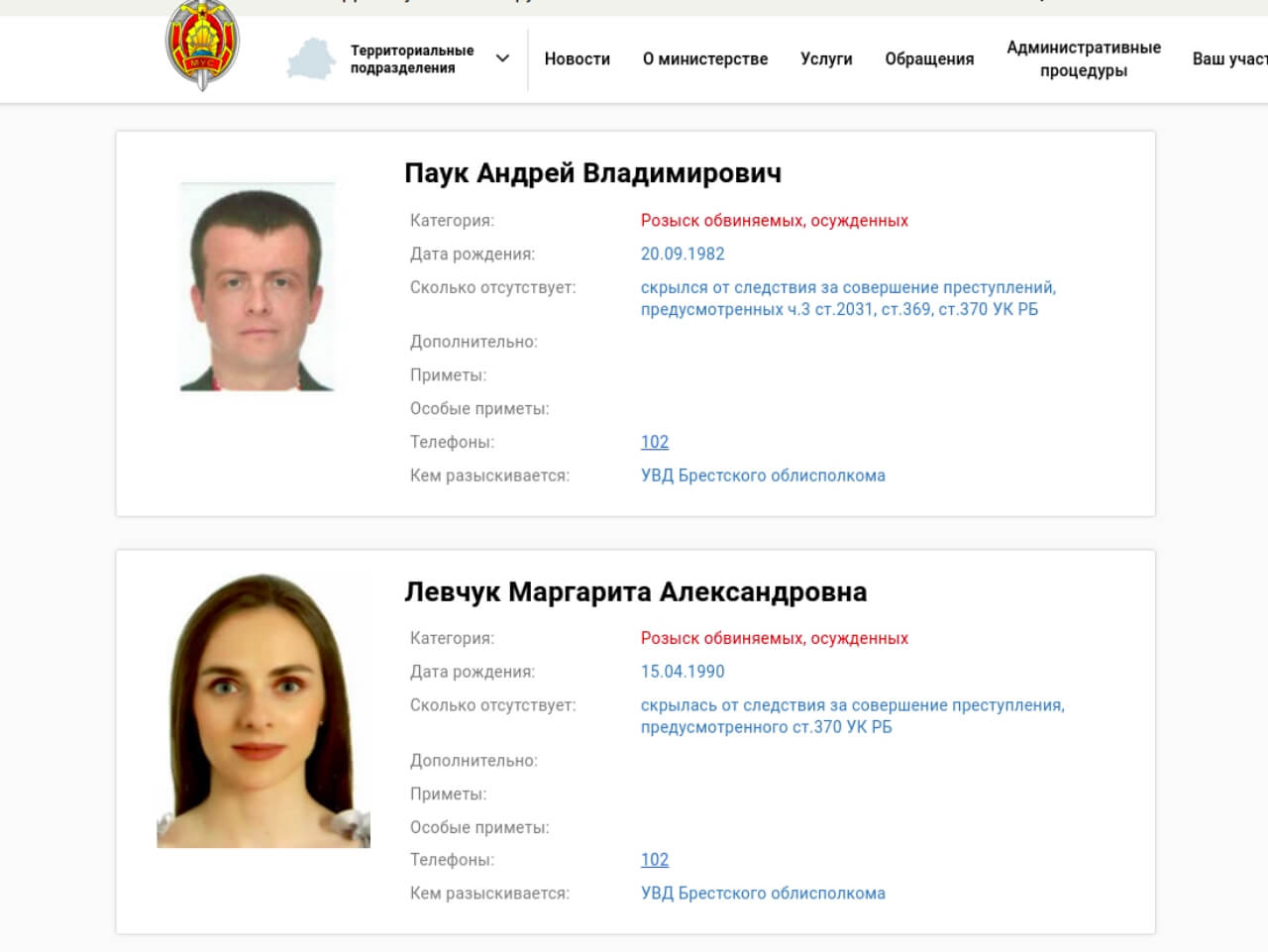 The case of abuse of state symbols was initiated in June 2021 for a video of a song performed by Leuchuk. According to the General Prosecutor’s Office, Leuchuk “produced a video with scenes of insulting and blasphemous actions against state symbols: L. and an unidentified person threw the flag on the ground, and then placed it in a trash container.”

The case of insulting a representative of authority was initiated because of Pavuk’s YouTube video.

The head of the Grodno police threatens hundreds of thousands of Belarusians, but with the condition

Concert of Maruv, who refused to participate in the Slavianski Bazaar, canceled in Minsk