“He deceived disabled people and took pictures with Gaidukevich”. Who is Vitaly Panteleyko?

The editors of motolko.help found out that Vitaly Panteleyko, a member of the Liberal Democratic Party of Belarus (LDPB), the director of the Center for Physical Culture and Health Work of the Leninsky district and IT businessman, had been committing fraud from 2011 to 2020 - persuaded disabled and elderly people to sell their real estate, promising to improve their living conditions. In fact, he left people without housing and money, having stolen more than $400,000 over the years.

How did the Investigative Committee detain the fraudster and not tell anyone who he was?

In September 2021, the Investigative Committee Unit in Minsk announced the initiation of a criminal case on fraud on a particularly large scale, related, among other things, to the purchase and sale of real estate. A 45-year-old man deceived at least 25 citizens during the period from 2011 to 2020, seizing their property and cash in the amount of more than $400,000. 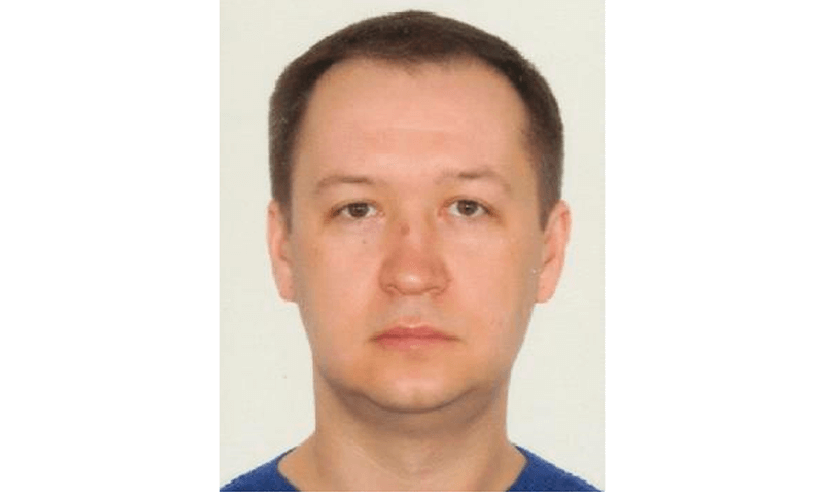 Photo of the fraudster published on the Investigative Committee Unit website on September 16, 2021. / sk.gov.by

According to the Investigative Committee Unit, the defendant was looking for owners of apartments or private houses in Minsk among people having an antisocial way of life and persuaded them to sell their house in order to get cheaper one outside the city and cost difference. As a result, the victims were left without money and housing. He provided a few people with buildings of substandard conditions unsuitable for living in rural settlements, or dens in the capital. And the fraudster spent the money received in this way in gambling establishments.

It is noteworthy that the department did not call the name of the fraudster, but reported that at the time of publication he had already been detained.

Vitaly Panteleyko - an official, a fraudster and a member of the LDPB?

We could find a person in social networks who looks strikingly similar to the detainee. His name is Vitaly Panteleyko, on his VK page it is said that in 1998 he graduated from the Academy of the Ministry of Internal Affairs.

Going a little deeper, it turned out that Vitaly Nikolayevich Panteleyko was the director of the Center for Physical Culture and Health Work of the Leninsky district before his arrest, as evidenced by the publication of the Minsk-News agency, where he talked about the development of sports infrastructure in the district.

As of December 19, the website of the administration of the Leninsky district says that the director of the center is already another person – Naumenko Pavel Yevgenyevich. 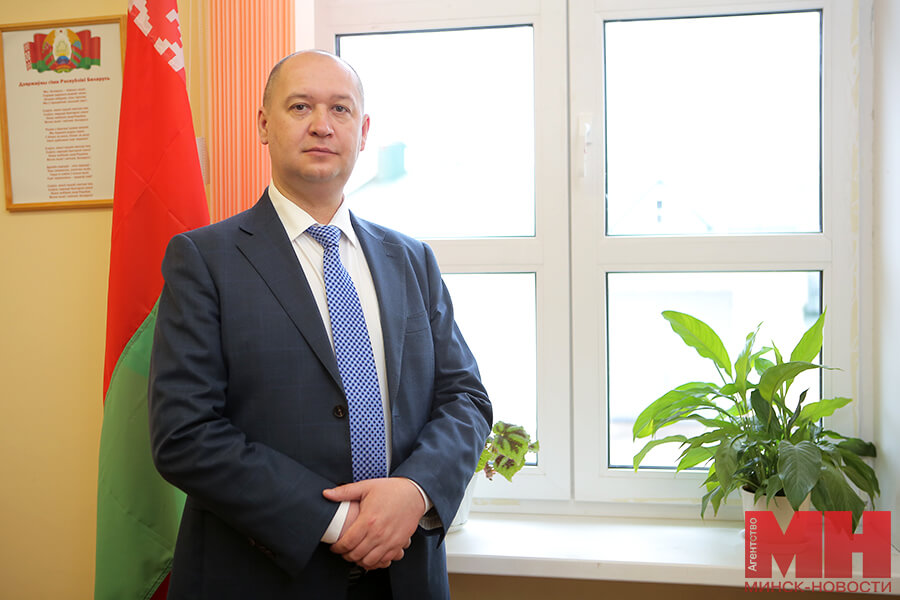 Vitaly Panteleyko, the Director of the Center for Physical Culture and Health Work of the Leninsky District / Minsk-News

There is also information that in March 2021, Panteleyko participated in planting trees along Ptashuk and Turov streets in the residential area of Loshitsa.Publications in the media about this person have ended at this moment.

His Facebook page can tell a little more. In several photos, Panteleyko stands next to Oleg Gaidukevich, the head of the Liberal Democratic Party of Belarus (LDPB). And as Gaidukevich himself writes in one of the posts, Panteleyko is a member of the LDPB. Together with him, he attended the Grodno Regional Executive Committee, a meeting with residents of the dormitory of the Machine-Tool Plant in Minsk and even a debate on Belarus 1 TV channel. 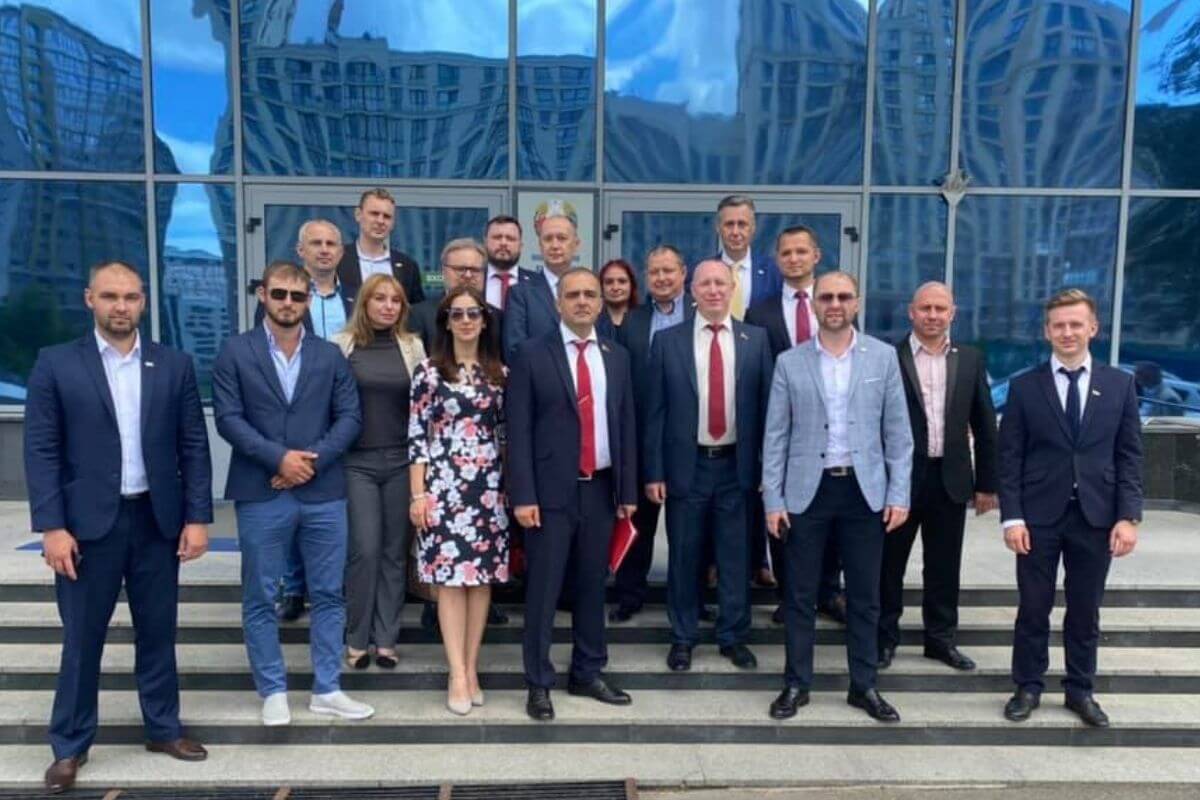 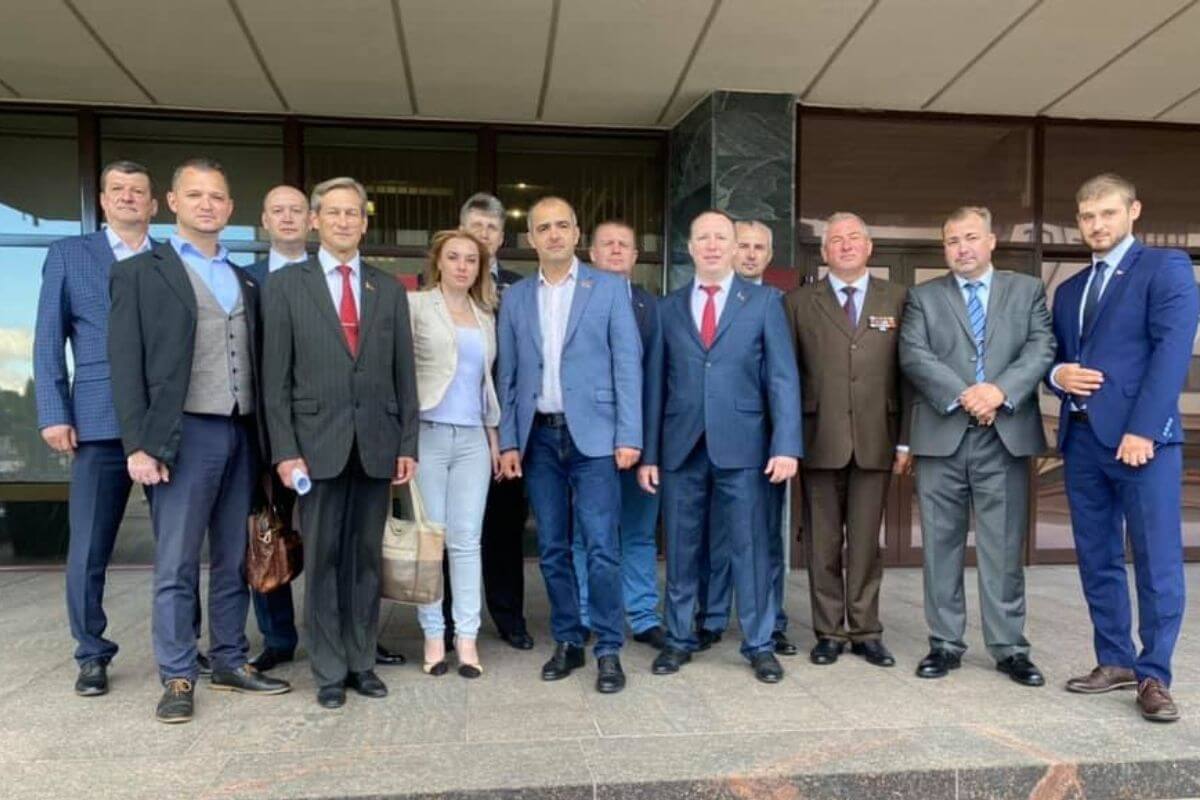 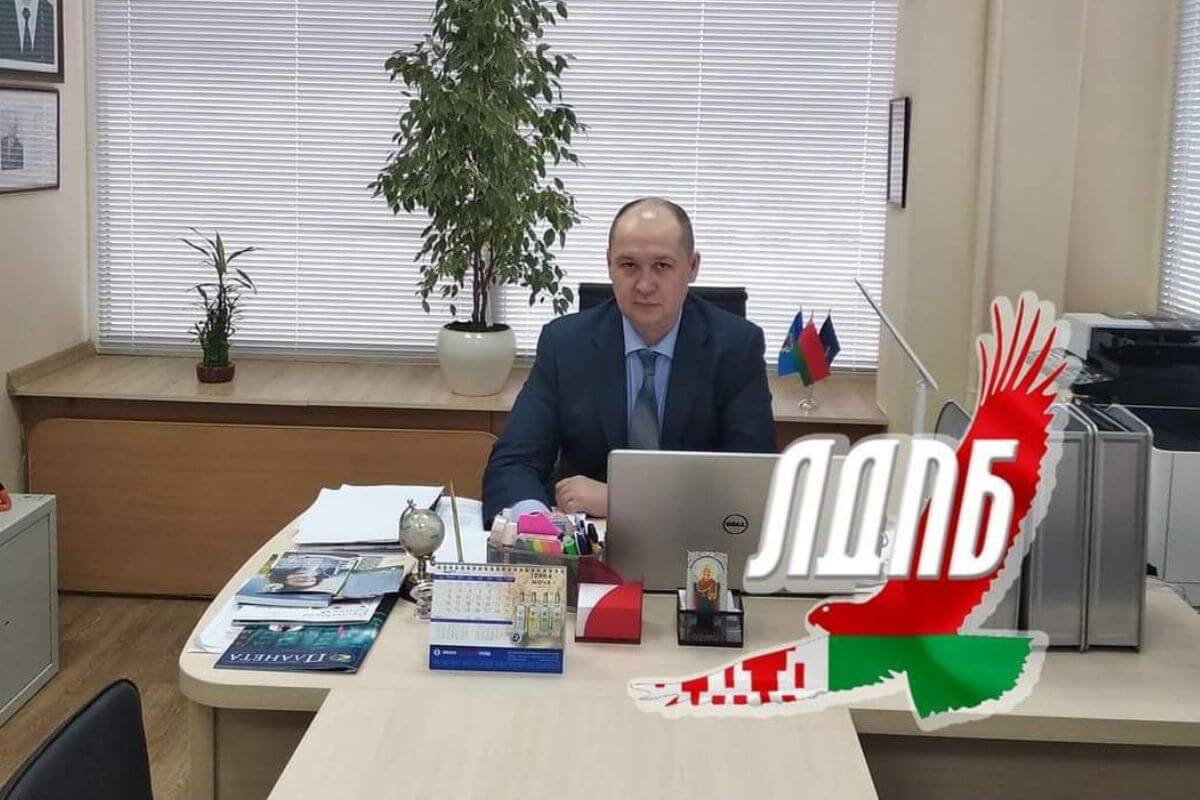 In addition, it was also possible to find out that the official and fraudster Vitaly Panteleyko is also a businessman. In one of his social networks, he writes that since 2018 he has been the director of the Belarusian company SCHOOL DIARY LLC, registered at the address: Minsk, Rybalko Street 16, and currently being in bankruptcy proceedings. He was also a director of General Tech LLC (is in the process of liquidation) and VNPD-Star LLC (liquidated). And also had 10% of the company SKUL BUK LLC, which is also in the process of liquidation.

It’s possible to find information on the Internet that the second director of the SCHOOL DIARY company was Igor Savostyanchik. The company was developing a system of electronic school diaries ediary.by however, in 2017 the name of the project was changed to Znaj.by and now, when you try to go to the old site, a redirect occurs.

It’s interesting that the Digital Blossom OÜ had a stake in the SCHOOL DIARY company, which was registered in Tallinn and has already been liquidated at the moment. On one of the Estonian registers it is said that Vladislav Gerchikov (the founder of the well-known IT company Bamboo Group) and someone Ihar S. (it is quite possible that this is Igor Savostyanchik) were the management of this company.

Today, Znaj.by is a project of the Bamboo Group. From the material of the publication dev.by 2019, it is known that Znaj.by grew “from the slate of programmers”, according to Alexander Teplyakov, the brand director of Znaj.by, the project was started by yesterday’s graduates of the technical university who found an unoccupied niche. Bamboo Group entered there as investors and gradually completely reworked it. As Vladislav Gerchikov said, Znaj.by gradually turned into an e-services platform – it contained magazines, diaries, test generators and schedules, as well as a set of services that facilitate the work of everyone – from a student to a minister. So today neither Panteleyko nor probably Savostyanchik have anything to do with the project.

If you have any additional information about Vitaly Panteleyko, please write to @motolko_bot or via the contact form.

"Payoff on wheels": Oleksin presented Lukashenka with 9 cars and motorcycles worth €1.5 million

Did Motorola Solutions supplied to the Ministry of Internal Affairs $1,500,000 worth radio?

Public procurement. How the Department of Finance and Logistics of the Ministry of Internal Affairs buys cars