The Ministry of Defense of the Republic of Belarus reported that today the Mi-24 helicopter made an emergency landing on an unprepared site due to identified malfunctions in the operation of the power unit of the board.

The editors of motolko.help learned that the helicopter crashed (made an emergency landing) today at 15:50 in a forest belt near the village Gotsk, Salihorsk district. This happened at the moment when the board was returning from Luninets, where Lukashenka was today. 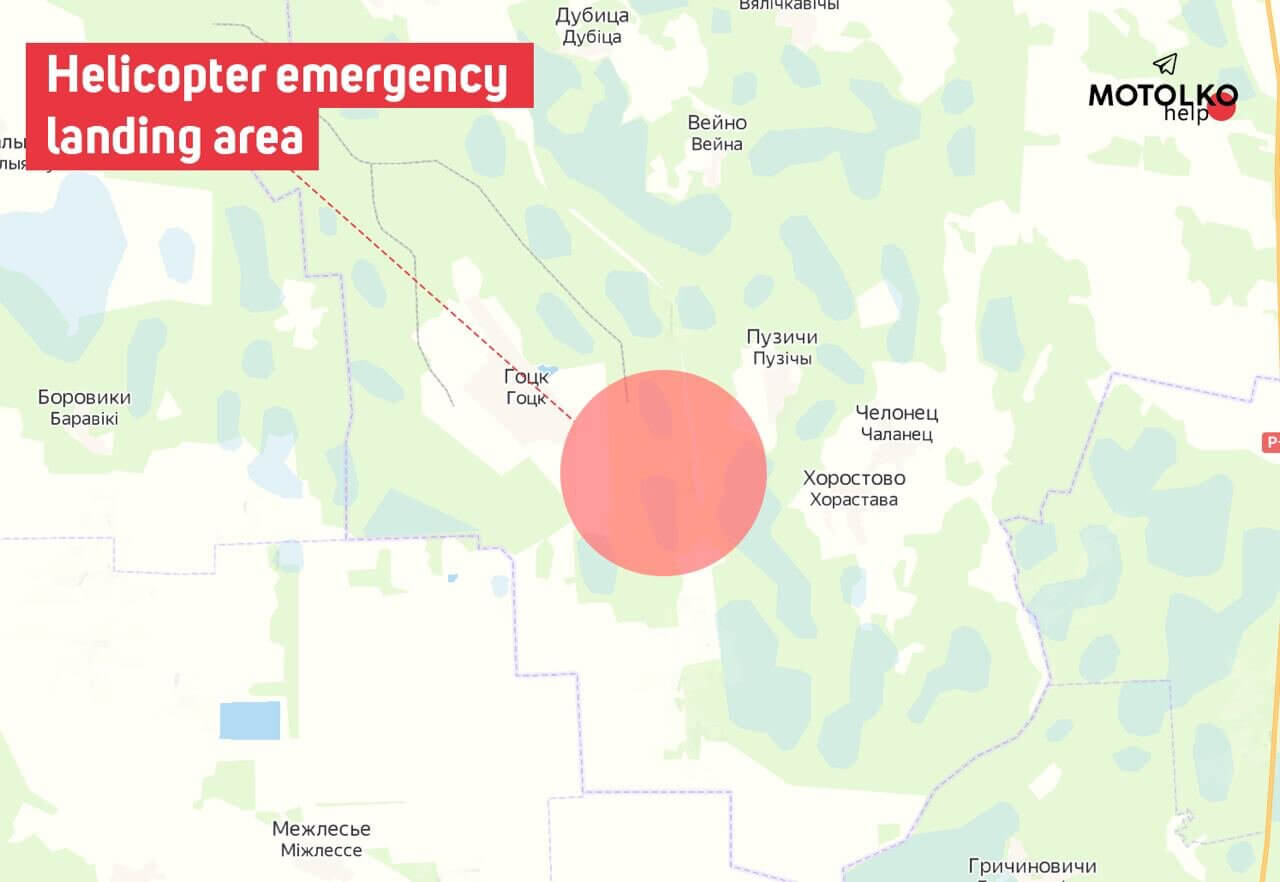 At the same time, it is worth noting that the Ministry of Defense claims that no one was injured during the landing (crash), but according to our information, someone from the flight crew needed a stretcher. In addition, an evacuation helicopter flew out from the Machulishchi airfield to help.

If you have any details on the crash of the helicopter near Salihorsk at 15.50 today, please write to @motolko_bot or via the anonymous contact form below.

Due to the closure of the border crossing in Bruzgi, part of the hazardous waste is not exported from Belarus - the Ministry of Natural Resources

Almost 20,000 rubles were raised for restoration of the Mogilev Cathedral

Volha Harbunova, a political prisoner, has been on hunger strike since the day of detention

To receive planned healthcare, you will need to take a PCR test

Prosecutor General’s Office: there were no acquittals in “extremist” cases