Former journalist of “Soviet Belorussia”, who is suspected of leaking information from BYSOL, received a scholarship for the repressed in Germany

Sviatlana Haluza is a persona non grata in the circles of Belarusian journalism after media manager Andrei Aliaksandrau was arrested. Now, under the guise of a repressed journalist, she has received asylum and a scholarship in Germany.

The program of the the European Centre for Press and Media Freedom (ECPMF) to support journalists, who suffer for their profession, has announced the possibility of support for Belarusian journalists.

This program provides «a safe place to continue investigations and publications, rest and recovery»,»rent-free apartments in Leipzig», «scholarship of 1000 euros per month», «life insurance and psychological counseling» and so on. Among the conditions of participation is a proven threat to journalistic activity and a threat to its continuation.

Unexpectedly, it turned out that Sviatlana Haluza had passed the inspection of the German foundation. She got the opportunity to live in Leipzig on a scholarship. This became known after a material with a list of political prisoners of the Belarusian media sphere was published on the initiative’s website. The author is Sviatlana Haluza.

Sviatlana Haluza is not a usual journalist of the Lukashenka’s «Soviet Belorussia». She left for Lithuania in 2020 and got a job as a personal assistant to Andrei Stryzhak, the head of the BySol Solidarity Foundation. Stryzhak entrusted her with the management, including a private account in Telegram, which he used in various private chats. 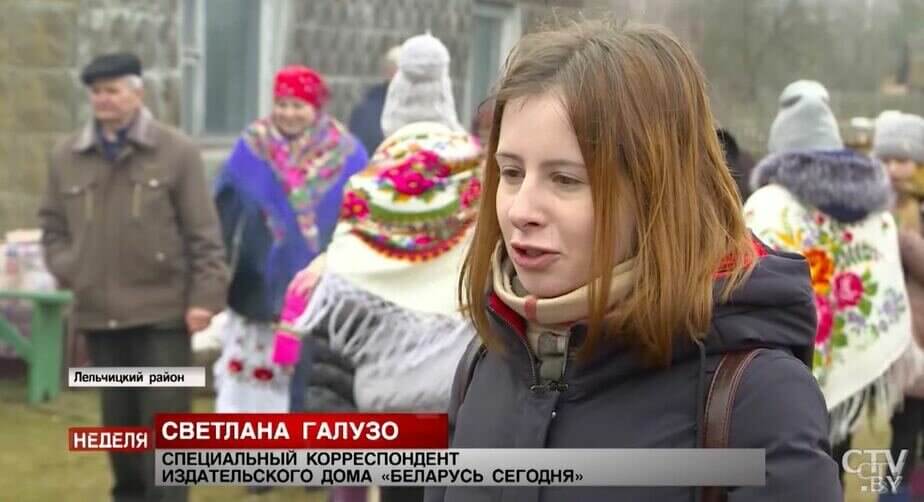 Further, special services got screenshots from this chat (at that time Pratasevich had not been detained yet). Blogger Eduard Palchys, former investigator Yauheni Yushkevich, political analyst Artsyom Shraibman and so on appeared in that “compromising evidence”. Colleagues at the foundation believe that they were made by Haluza.

“It is very strange to read the text of her authorship now about the suffering of Andrei Aliaksandrau, who is credited with «financing group actions,» since I believe that the access she had was probably used to arrest him. The same applies to Gomel human rights defenders Sudalenka and Paliakou — she mentioned them during one of the streams, after which they were searched and detained on charges of «financing protests» (this is the article that is used against people who helped reimburse illegal fines to victims of courts’ actions),” Andrei Stryzhak says now.

How does Stryzhak explain the fact that an unknown, unverified person from «Soviet Belorussia» got access to his personal account and, thereby, to confidential correspondence? 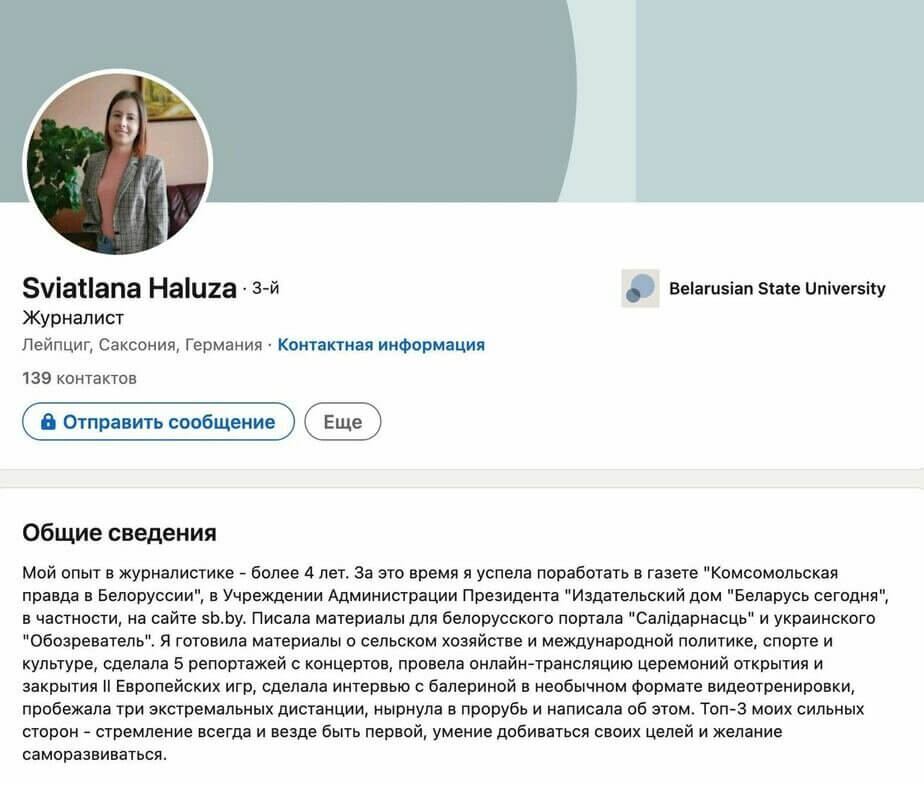 “In August 2020, many different people came to us: people from state television and newspapers, security forces and so on. She didn’t stand out from others, everyone believed that victory would be soon,” Stryzhak says, “In general, she worked well on the issues that were assigned to her.”

It is possible that Haluza was connected with Ilya Begun, who was recognized by the Lithuanian State Security Department as an “undesirable person in Lithuania.”

«The case of Begun remains the most successful of the known cases of infiltration, which the Minsk regime managed to use not only for espionage, but also for disinformation purposes,» the Lithuanian media write about him.

Begun sought to be close to the employees of the foundations and Tsikhanouskaya’s headquarters, and then suddenly returned to Belarus, leaving even documents in Lithuania.

He is credited with collecting information and managing the telegram channel “Onoshko Headquarters,” in which politicians, and especially foundations, to which activities he had nothing to do, were discredited, probably receiving information from Haluza.

As a result, Haluza herself appeared on this channel with a video message, digging the dirt on her colleagues, her theses and audio messages became central events in many “investigations” of propaganda.

The expression “non-state media” was taken in quotation marks in the channel and, which may seem symbolic, revealed details of the personal life of Anastasia Kastsiuhova, whose mother, journalist Valeryia Kastsiuhova, is now in custody, as Haluza touchingly writes on the German website.

There was also a mysterious phrase in the channel, regarding the arrest of left-wing activist Mikalai Dziadok:

“We all remember Mikalai Dziadok. And his story. And torture, and article. A good guy and blogger. But this is not the matter. Mikalai trusted you, Andrei. And only you knew the place where he was hiding.”

Haluza had access to Stryzhak's personal correspondence / Screenshot from the channel

After the scandals, Haluza defected to Volha Karach, and what she was doing before she appeared in Leipzig is unknown. There were no explanations or apologies from her side for her involvement in the “Onoshko Headquarters”.

Updated: The German foundation, which provided Haluza with asylum and a scholarship, responded to the request of Nasha Niva regarding the selection principles.

“The major precondition for getting the fellowship is the proof that the respective journalist is under threat. Hence every candidate is vetted. Currently we review the case and the vetting procedure,” the European Centre for Press and Media Freedom responded to Nasha Niva.

Haluza herself still makes no contact and does not answer questions.

“We don’t have another year”. Sviatlana Tsikhanouskaya addressed European Parliament

What has changed in the draft Constitution submitted to the referendum