“I’m not going to explain anything to you”: a Belarusian was not allowed into Ukraine and was told to wait a few days in the migrant zone

The editorial office of motolko.help contacted a Belarusian woman who was not allowed into Ukraine today. According to the woman and other passengers, the passports of all Belarusians were taken away without any explanation at Boryspil airport in Kyiv, and then one by one they started calling for questioning. 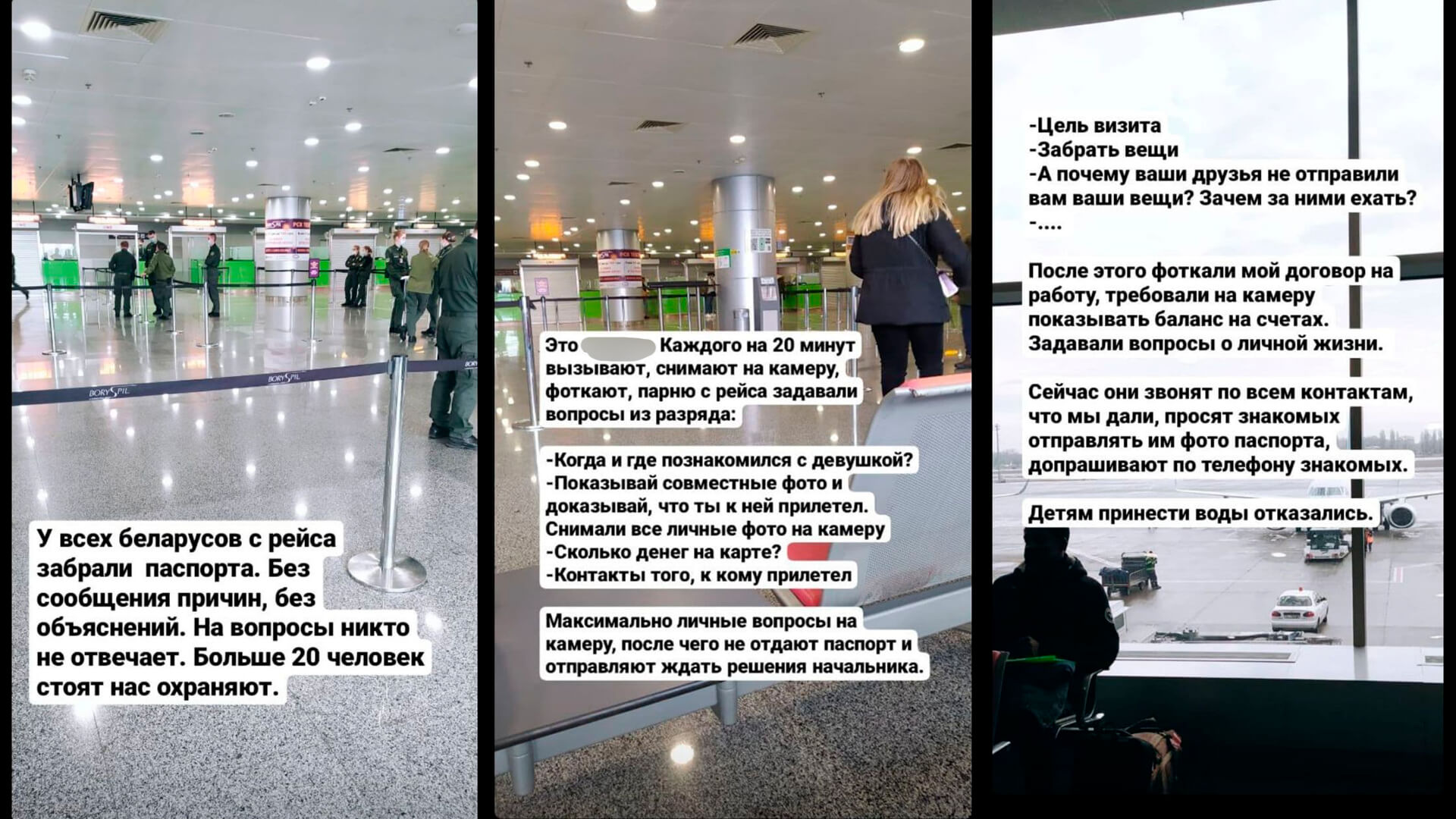 Instagram story of one of the Belarusians at Boryspil airport / Beldomua

It is reported that Ukrainian border guards filmed and photographed everyone, and also asked a large number of personal questions: “Where did you meet the girlfriend?”, “Show your personal photos on the camera” and so on.

The woman said that today, when she flew from one of the EU countries to Kyiv, she was held longer than other Belarusians from the flight. After that, she was summoned to the head of one of the departments of the Border Guard Service at the airport, where she was told that she was denied entry into Ukraine, and no one gave any specific reason, but said: “I decided so.”

“She read me her decision that she was denying me entry. I asked: “What is the reason for the denial?” and she said: “Because I decided so, don’t forget who the authority here is.” She said that she was not going to explain anything and that I could not prove the reason for my entry into Ukraine, although I gave her all the necessary information, down to the contacts with whom I would meet.  That is, essentially I was denied without any explanation”, she said.

In the end, they issued a decision on refusal of entry into Ukraine, which stated that the citizen of Belarus “cannot confirm the purpose of her planned stay on the territory of Ukraine.” 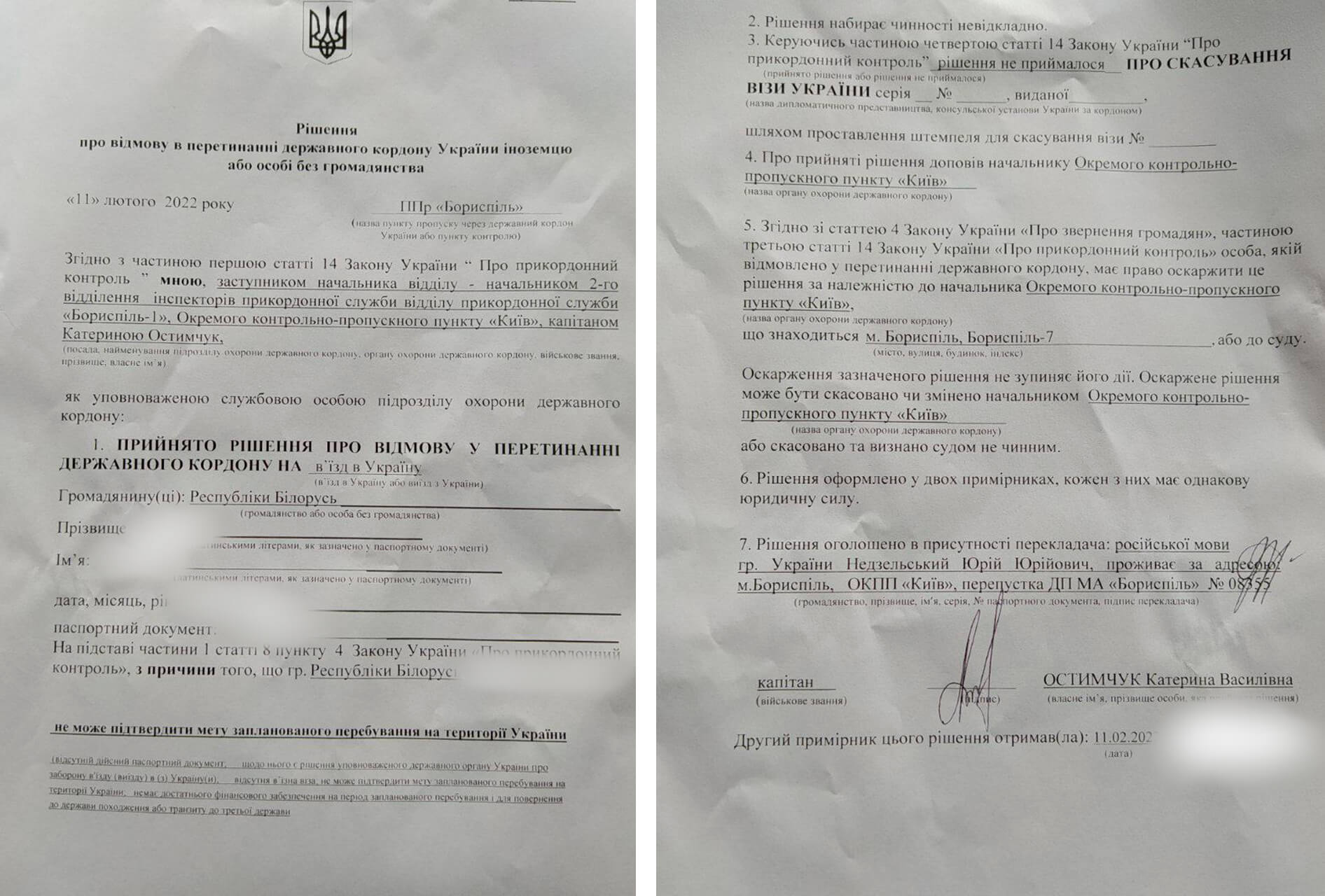 Denial of entry into Ukraine / motolko.help

In addition, the girl was told that she could either wait a few days until the next return flight of the airline she flew to Ukraine or she could buy a ticket to any country for today at her own expense. And they took her to a fenced area for migrants, where the person was asked to stay for a few days in rather “unsanitary” conditions. The person is not allowed to leave the territory, and no one has provided food or water at the time of writing this news.

If you or someone you know was flying/driving to Ukraine today or yesterday and had difficulties crossing the border or you were not allowed in, please contact @motolko_bot or use the contact form below.

It has become more difficult for Belarusians to enter Ukraine, some are not allowed into the country. Updated

Mikalai Dziadok was transferred to the penal colony

An online hypermarket amd.by has not been working for a week