Hajun Project published a situation report on military activity on the territory of Belarus as of 07:00 March 21.

Movement of convoys of military equipment of the Russian Armed Forces across the territory of Belarus continues (here, here, and here). Movement of fuel trucks was also recorded (here and here).


The greatest flight activity was recorded at the military airfield in Baranavichy. Insignificant activity was also observed at military airfields in Lida and Luninets. Also, an Ilyushin IL-22PP of the Russian Air Force was seen in the sky between Zhlobin and Svetahorsk (Gomel region). It should be noted that the Russian Defense Ministry provided evidence of the use of the civilian airport in Gomel for strikes on Ukraine.


15:10 (Minsk time)
IL-22PP was seen in the sky between Zhlobin and Svetlahorsk (Gomel region).
This is an EW aircraft equipped with antennas. It scans radio signals in the area of its activity and selectively jam those on which enemy aircraft, drones or air defense systems work. pic.twitter.com/w6p5GaruX8


The use of air-launched ballistic missiles by the Russian Air Force was also recorded. 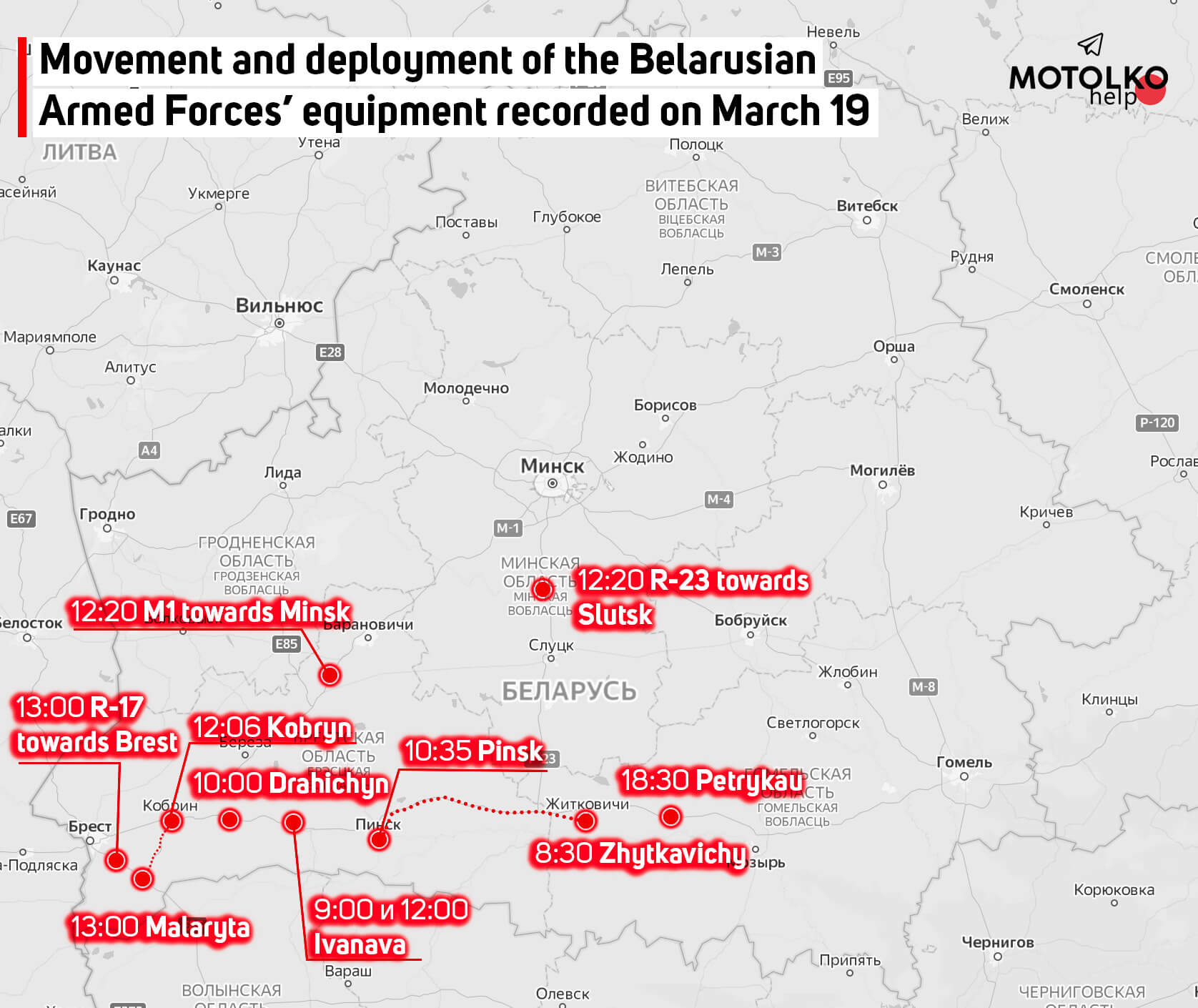 T-72 tanks and BREM-1 armored recovery vehicle were seen near the pontoon bridge across the Prypiat river (near the town of Petrykau). It is not known whether they belong to the Belarusian or Russian Armed Forces.

If you have any additional information on the movement of military equipment on the territory of Belarus, please write to @HajunBYbot or via the contact form below