“Arms dealer” Aleksandr Zingman was spotted again in late April on the African continent. This comes from a photo published by the Herald newspaper in Zimbabwe in its news article about the Zimbabwe International Trade Fair. The fair was held in Bulawayo from April 26 to 30, 2022, the photo published shows President Emmerson Mnangagwa talking to Aleksandr Zingman. It’s notable that the publication mistakenly signed him as Aleksandr Sidoruk, the Ambassador of the Republic of Belarus to South Africa and the Republic of Zimbabwe (the ambassador himself is on the right in the photo wearing a black mask – ed. motolko.help). 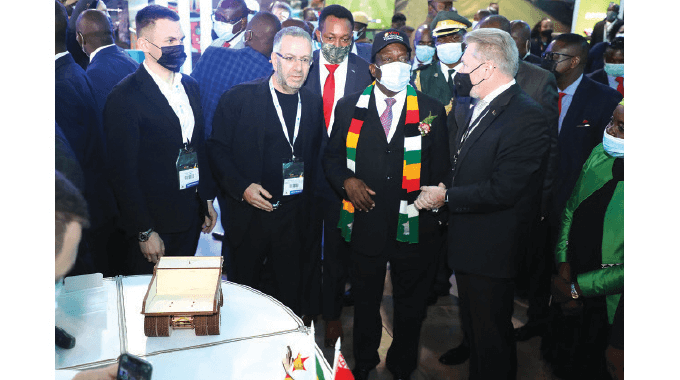 At the same time, the Chinese Xinhuа also published a photo of Mnangagwa near the Belarusian stand in its news from the exhibition. Zingman was seen telling something to the Zimbabwean president, while Ambassador Aleksandr Sidoruk was giving him presents. Among other things, he gave him a box with the inscription BelAZ. 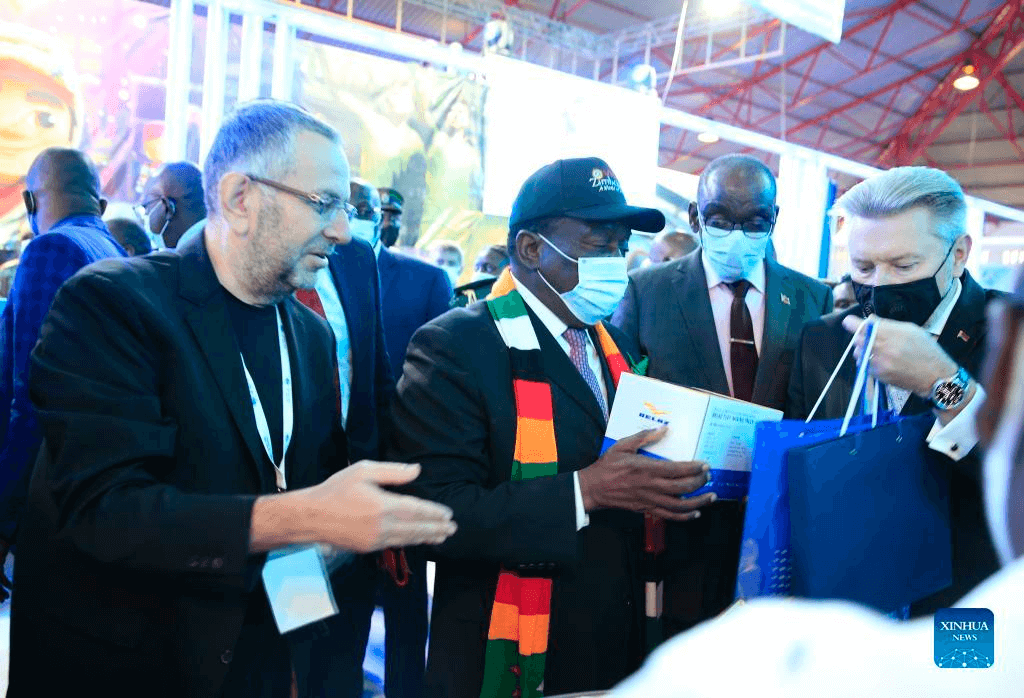 Zingman and Sidoruk present a BelAZ model to Emmerson Mnangagwa on April 29, 2022. / Xinhuа

After searching a little bit, we found out that this is a collector model of a BelAZ dump truck worth about $130. Here is a model of the dump truck in the same box as in the photo.

It should be noted that state media also wrote about the exhibition. For example, it is reported that the National Academy of Sciences of Belarus has signed a number of agreements on cooperation with educational institutions and scientific organizations of Zimbabwe, Belmedpreparaty enterprise reached an agreement to supply medicines to Zimbabwe, and BelAZ – on the supply of spare parts. They boasted that the stand of Belarus was visited by Emmerson Mnangagwa, Vice President Constantino Chiwenga and Belarusian Ambassador to South Africa and Zimbabwe Aleksandr Sidoruk.

They decided to keep silent about Zingman’s participation. But they reported something else, not less interesting:

“During the exhibition BELAZ representatives and the official dealer in the region Sohra OVERSEAS FZE held talks with top managers of Zimbabwe national diamond company ZCDC, which operates more than 20 dump trucks of 55 tons capacity and other BelAZ special equipment, as well as with the coal company HWANGE Colliery. In addition, meetings were held with underground mining companies. Certain agreements have been reached to develop cooperation and strengthen business ties,” state media report.

First, Sohra Overseas FZE is owned by pro-Lukashenka oligarch Aleksandr Zaitsev (the owner of the Bremino Group and Sohra Group). By the way, Sohra, like Zaitsev himself, came under the EU sanctions last year.

Second, Sohra OVERSEAS FZE has a history of relations with Zimbabwe Consolidated Diamond Company (ZCDC). In 2017, Sohra supplied a large batch of BelAZ dump trucks to Zimbabwe’s diamond mines under a contract with ZCDC.

We would like to remind you that Zingman’s AFTRADE DMCC company is also engaged in supplies of Belarusian machinery to Africa. AFTRADE DMCC is an official dealer on the continent of MAZ and Bobruiskagromash plants. At international exhibitions AFTRADE DMCC represents the interests of such companies as Amkodor, BelAZ, MTZ, Gomselmash, Lidselmash and Lidagroprommash, while the General Director of AFTRADE DMCC is Oleg Vodchits, the former Deputy Head of OJSC Promagroleasing. So Zingman’s participation in the exhibition is not accidental.

However, it is not known when and by what exactly the “arms dealer” flew to Zimbabwe. We note that the Embraer Legacy 600 with registration number M-ABEC, which belongs to Zingman, lost its registration from the Isle of Man at the end of March and has been in Dubai since that time.

By the way, April 21 marked the 30th anniversary of the establishment of diplomatic relations between Zimbabwe and Belarus. On this occasion, the Zimbabwean Foreign Ministry published a photo showing congratulations on its Twitter.

A milestone in the Zimbabwe and Belarus relations.
Today, the two Heads of State exchanged congratulatory messages to commemorate the 30th Anniversary of the Establishment of Diplomatic Relations between Zimbabwe and Belarus. pic.twitter.com/3Nl768vf4I

If you know any details on Zingman’s visit to Zimbabwe or any other information important to us, please write to @motolko_bot or via the contact form below.