The restriction zone for flights of all types of civil aircrafts (including UAVs) at altitudes from 0 to 19,800 meters in the south of Belarus was extended under NOTAMN O0386/22 from May 10 to June 10, 2022. This is reported by the monitoring team of the Belarusian Hajun Project. 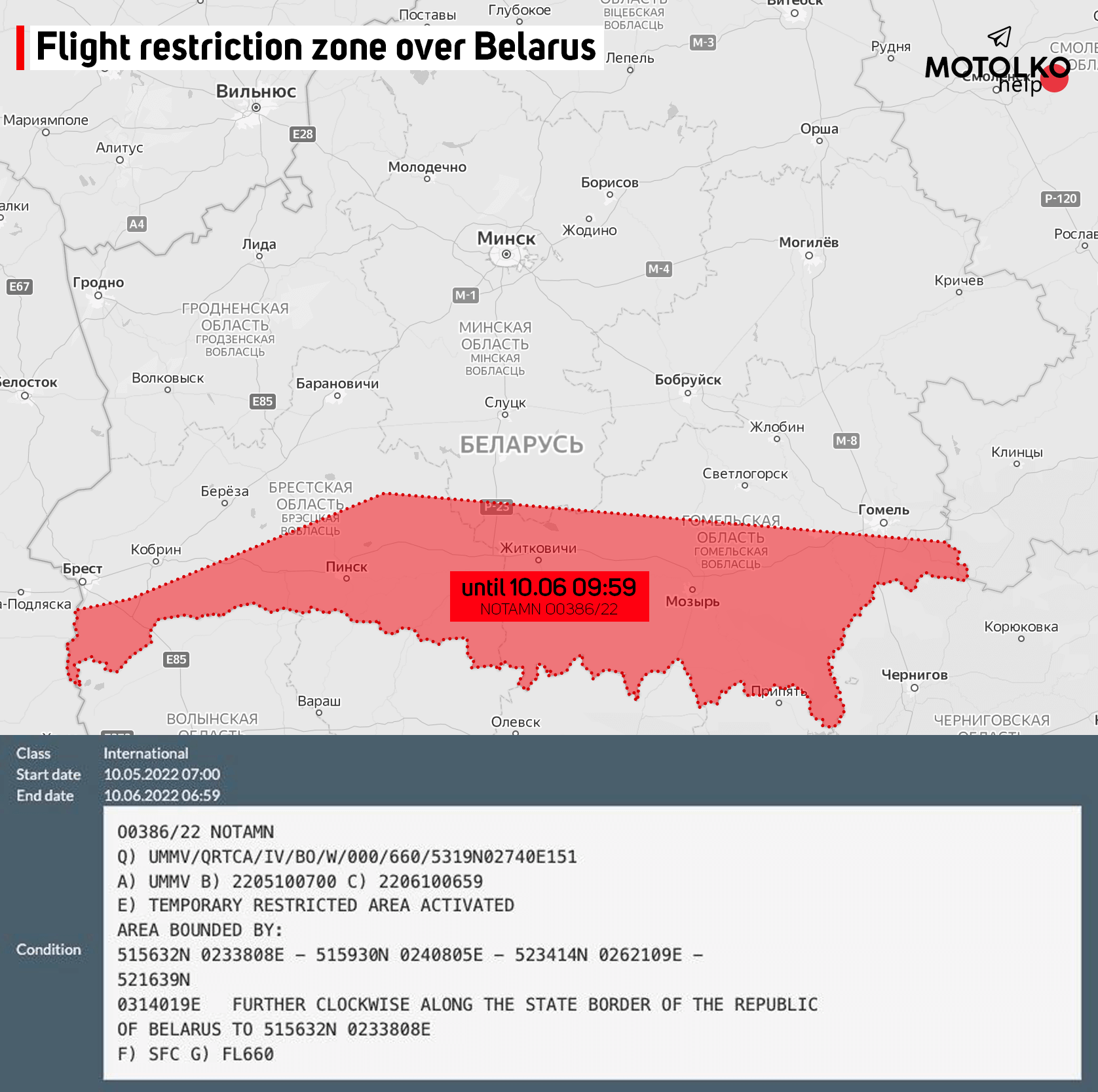 Flight restriction zone over Belarus as of May 6, 2022 / motolko.help 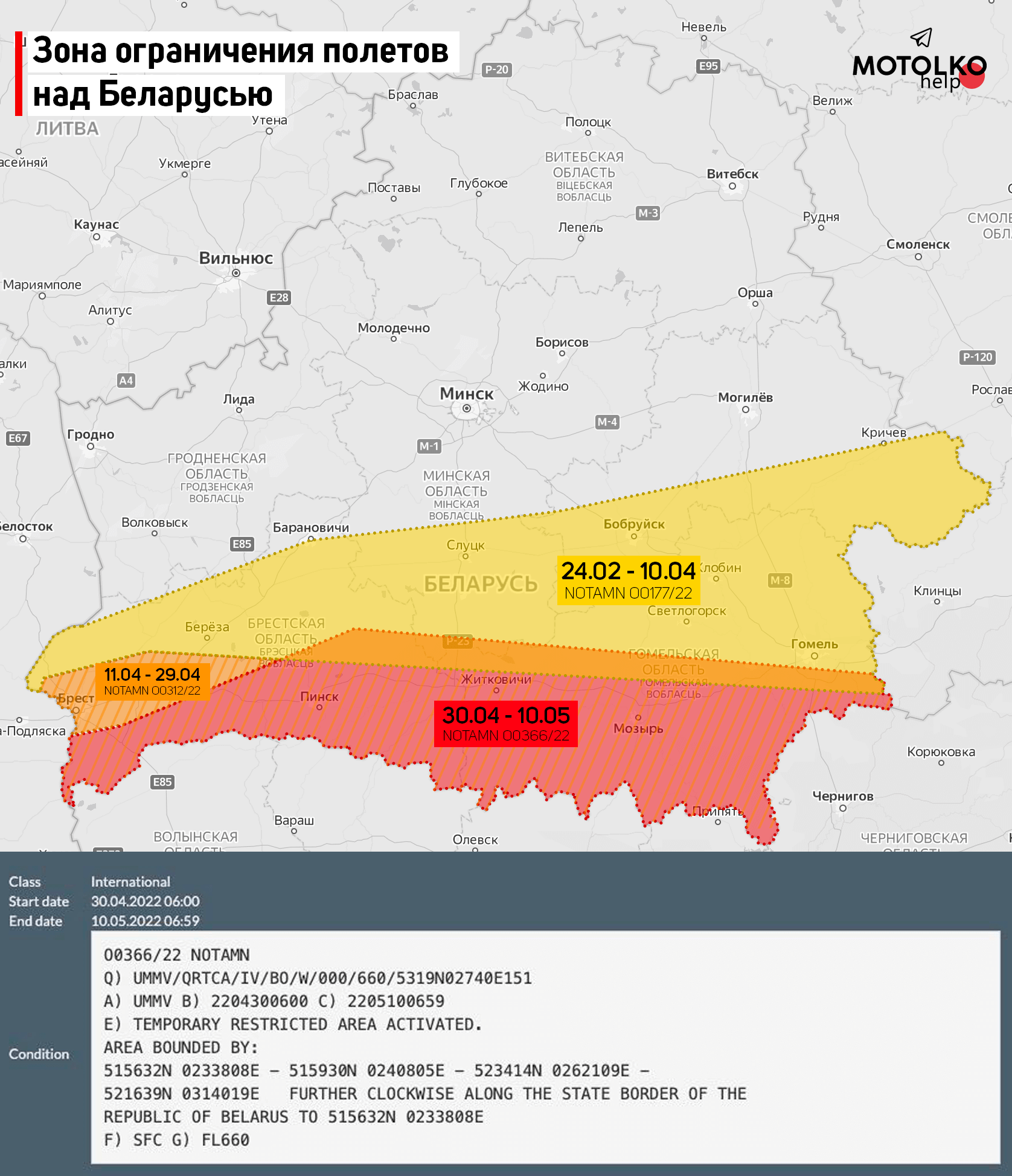 The map clearly shows how the flight restriction zones were reduced after the outbreak of war in Ukraine. The ban on flights over the southern part of Belarus was imposed on February 24, 2022, with the beginning of the Russian invasion of Ukraine, and in March it was extended for another month (NOTAMN O0177/22). But from 11.04.2022 the area of restriction was significantly reduced and began to affect only the southern half of Brest and Gomel regions (NOTAMN O0312/22).

Missiles are launched against Ukraine exactly from the south of Belarus. The last one was at around 12:25 today from Ziabrauka military airfield near Gomel. In total, at least 631 warheads have been launched against Ukrainian cities from the territory of Belarus since the start of the war. This can be observed in the timeline of all missile launches from Belarus to Ukraine, which was made by the monitoring group of the Belarusian Hajun Project.

Thus, the threat of missile attacks on the territory of Ukraine remains for at least another month.

New research nuclear reactor to be launched in Minsk

Lukashenka proposed to judge his opponents in absentia, deprive them of citizenship and recover property

British lawyers have won a case at the UN on the arbitrary detention of Raman Pratasevich. Updated