Sergei Aleinik, the Deputy Foreign Minister of Belarus, called for solidarity actions of the international community against the revival of Nazism and the spread of ideologies of racial superiority and stated the inadmissibility of forgetting the lessons of history.

This statement was made during today’s speech at a ceremony at the Yama Memorial Complex in Minsk on the occasion of the International Day of Commemoration of the Victims of the Holocaust. According to the press service of the Ministry of Foreign Affairs, the event was held at the initiative of the Belarusian side. 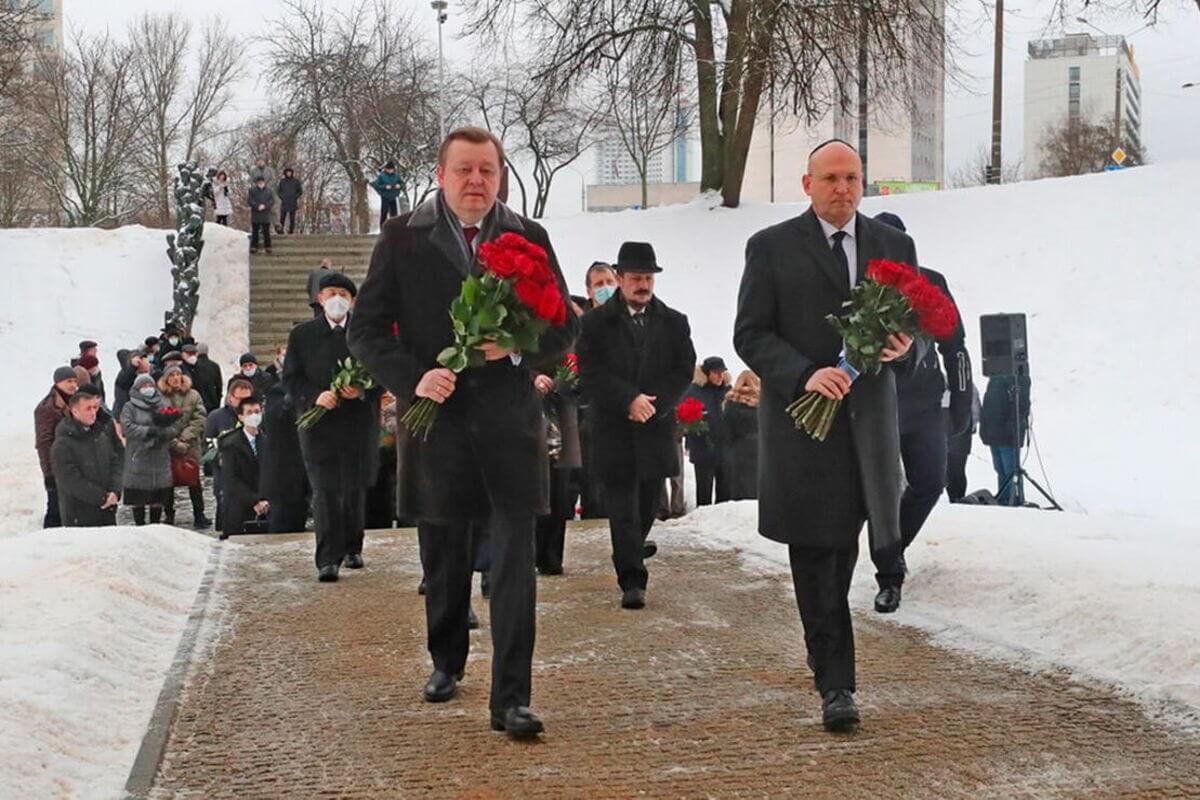 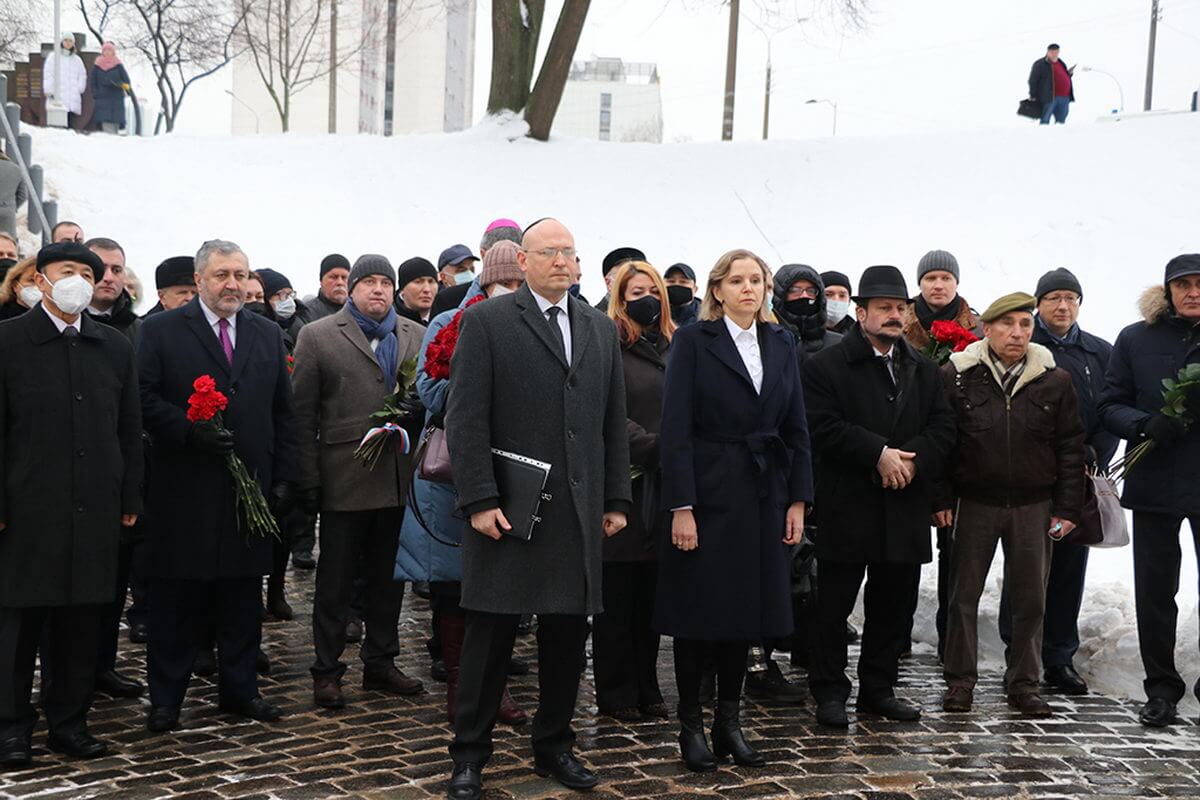 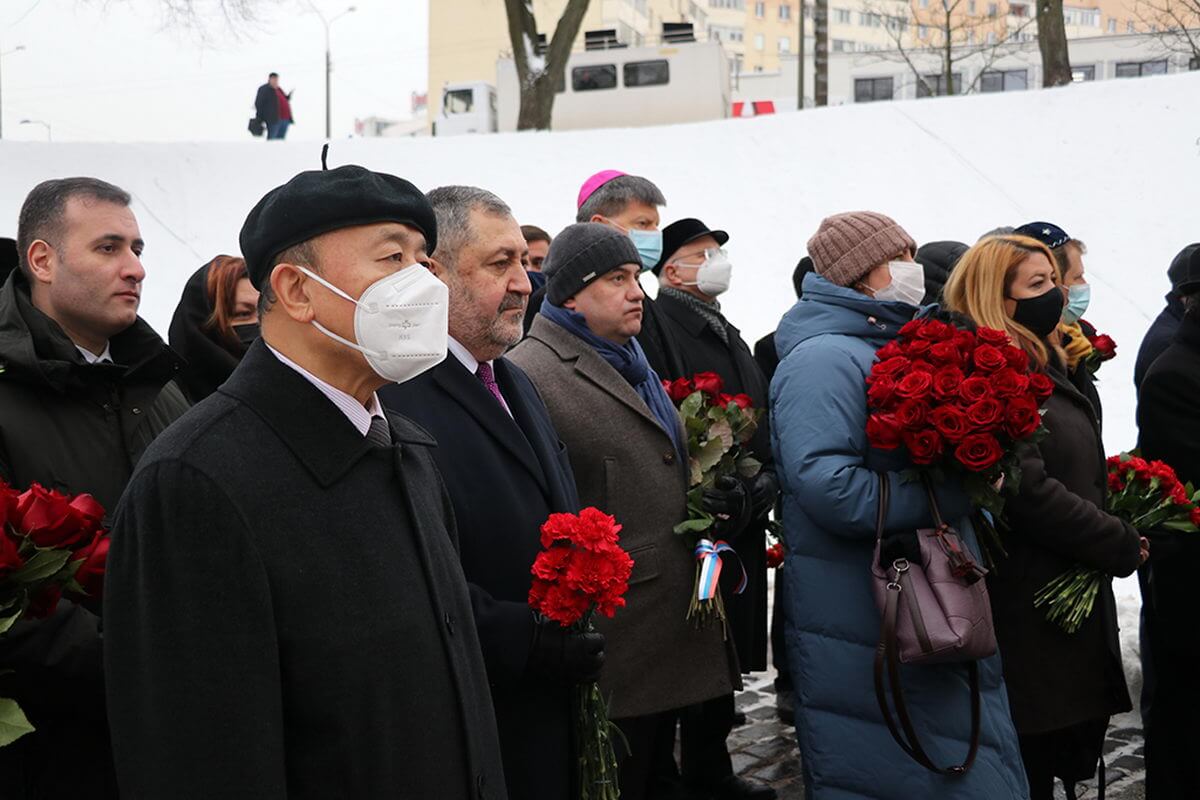 The representative of the Belarusian Ministry of Foreign Affairs said that the memory of the tragedy of the Holocaust should serve as a warning to future generations about the dangers of hatred, fanaticism, racism and prejudice. He said that this year Belarus traditionally co-authored the UN resolution on the inadmissibility of Holocaust denial.

“Maintaining peace, saving historical memory and countering its falsification is our common task, our common duty,” he said.

“Belarus, both on the internal and external contours, is making significant efforts to perpetuate the memory of the victims of the Second World War, the feat of veterans who saved the world from the brown plague, and to prevent the revival and glorification of Nazism,” the Foreign Ministry said in a press release.

The participants of the event laid flowers at the memorial. On January 25-27, a line in memory of the victims of the Holocaust was launched on the building of the National Library, and a number of other thematic commemorative events will also be held in the country.

The world celebrates the International Day of Commemoration of the Victims of the Holocaust today. It was established in 2005 by UN General Assembly Resolution No. 60/7, one of the co-authors of which was Belarus. The date is timed to coincide with the anniversary of the liberation in 1945 of the death camp “Auschwitz-Birkenau” – the largest complex of concentration camps in occupied Europe.

Israel interested in establishing names of Jews killed in Belarus

An employee died at Belorusneft, another employee is in a serious condition

“I couldn’t see for an hour”: media found a boy who was blown with smoke into his eyes