The Human Rights Center “Viasna” reports that a Belarusian sent a letter from fake mail to one of the Minsk schools demanding to urgently organize a “dialogue platform” and send a photo report, as a result, the school staff did it as quickly as possible. 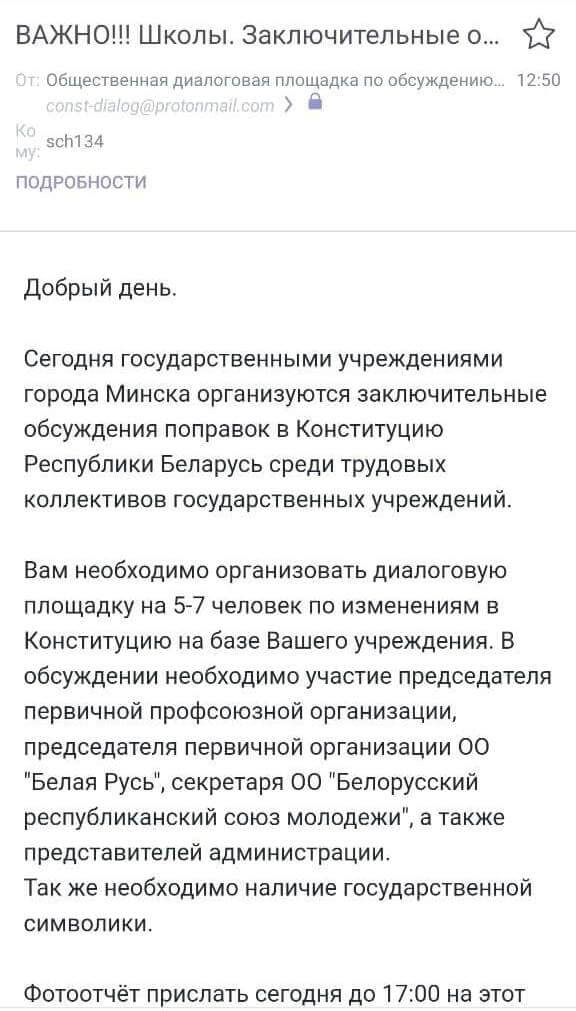 The letter sent on February 2 / Viasna

The letter was sent on February 2 with the title “Public Dialogue Platform for Discussing Amendments to the Constitution.” It said that within four hours, school staff should organize a dialogue platform with representatives of Belaya Rus, BRSM and the administration, with state symbols. 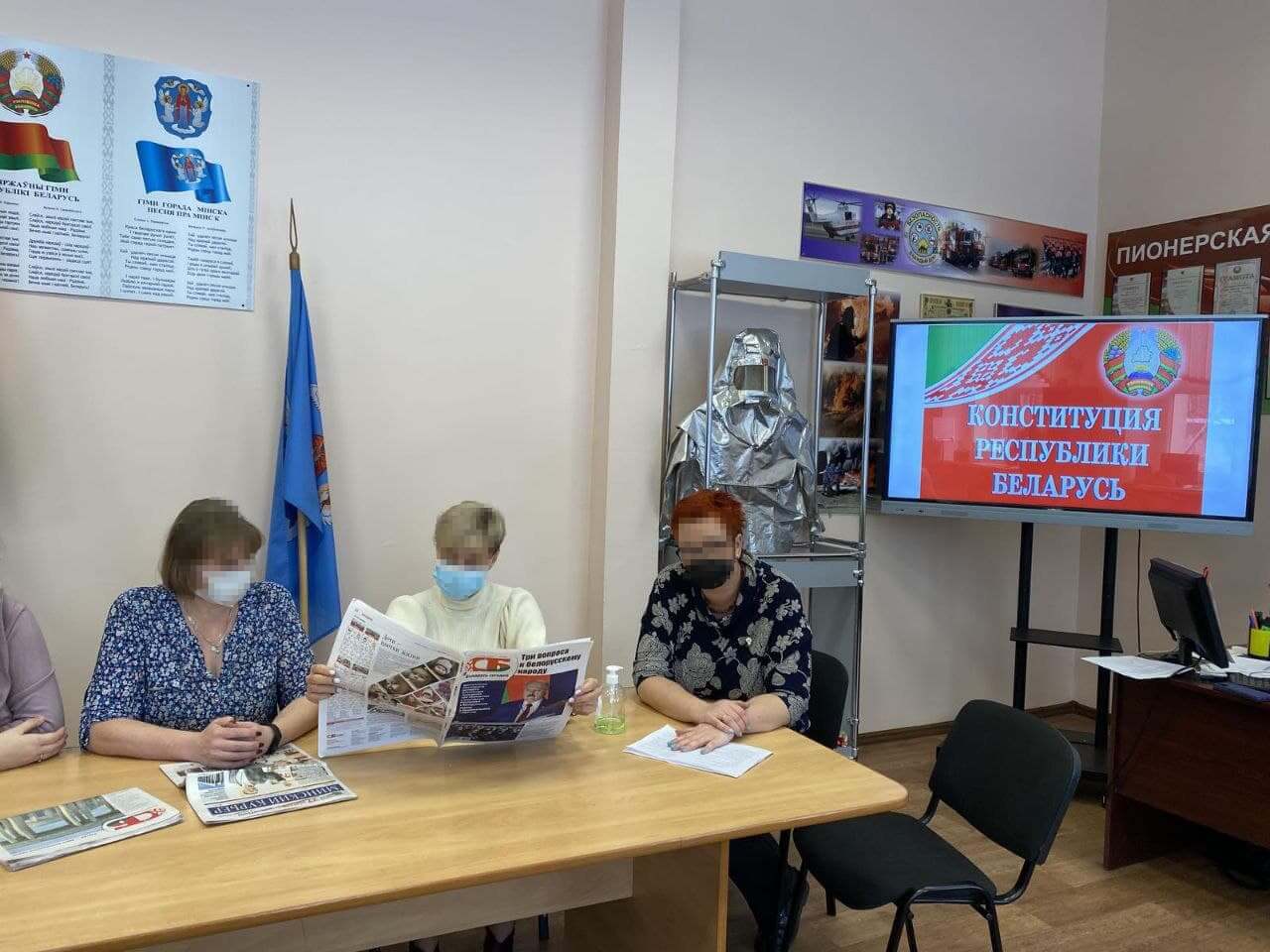 The task was unquestioningly completed as soon as possible, the teachers did not even doubt about the fact that the pictures had to be sent to a non-existent official – “A.I. Sergeev, the coordinator of dialogue platforms for amending the Constitution in the Leninsky district of Minsk.”

The publication Reform.by reports that Vladislav, a young teacher from Minsk, who previously worked there and was forced to leave for Poland from political persecution, decided to play a prank on the school administration. Vladislav is an artist and regards his actions as an artistic performance.

It is noteworthy that the “discussion” of amendments to the Constitution has already been completed, and its draft has been submitted to the upcoming referendum.

“To be honest, I had little interest in discussing the amendments. But, knowing what kind of people work in schools, I decided that they would believe it. It is unlikely that they asked themselves this question. I believe, there are only those who do not think, but perform in schools,” Vladislav said.

Last year, Vladislav was detained by officers of the GUBOPiK, but after interrogation they could not accuse him of anything other than “disobedience to law enforcement officers.” The teacher was released home before the trial and immediately left the country. The principal of the school, from which he did not have time to resign before leaving, did not remain indifferent to this situation.

“For several months, she was looking for formalities so as not to fire me, not to return my diploma and labor book, and constantly called the police department to look for me. The district police officer every time came to my mother at the place of my residence and asked where I had gone, because he was annoyed by the director of the school in which I worked,” the young man told Reform.by.