Lithuania, Poland and Latvia will close their borders for cargo traffic

Many messages about a possible closure of the borders with Poland, Lithuania, and Latvia at Ukraine’s request have been spread on the Internet. 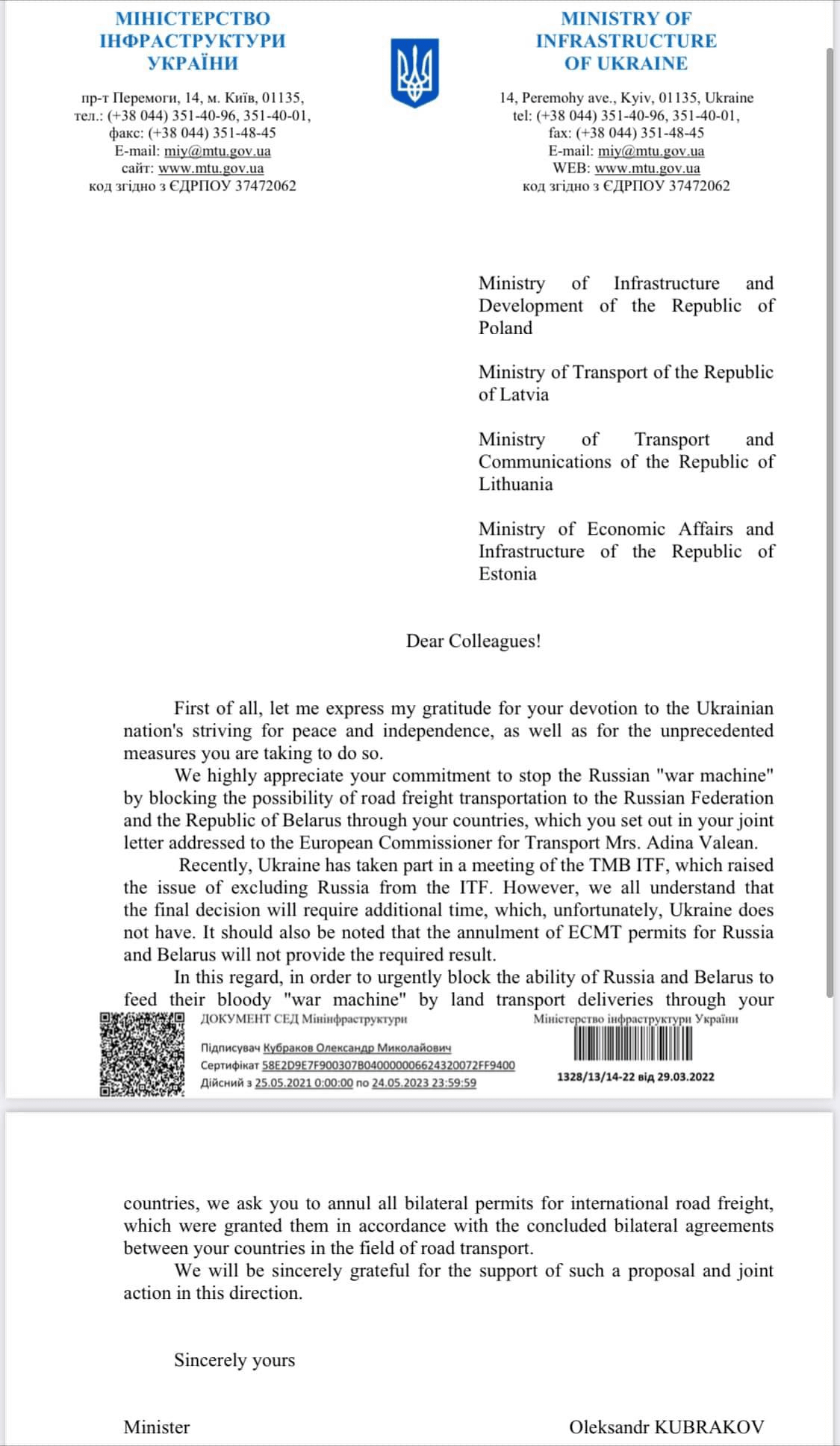 According to motolko.help information, we are talking about closing the borders, first of all, for cargo traffic. There will sill be possibility to leave via the humanitarian corridor (and probably for individuals) will remain. Thus, we are not talking about a total closure of all border crossing checkpoints and possibility to cross the border.

This information was obtained from sources in the EU diplomatic missions.

Update: The Estonian Ministry of Economy and Infrastructure told Delfi that the Baltic States and Poland have made a proposal to impose additional sanctions against Russia on land and sea transport throughout the European Union.

At the moment, the decision has not been made at the level of Estonia or the EU, but discussions on this issue are ongoing, the ministry stressed.

Google blocked Youtube-channels of the organizations related to Lukashenka

A new spokesman is appointed at the Ministry of Internal Affairs