This night, “Real Belarus” telegram channel published a video, which shows the officers of the traffic police and the Security Department of the Ministry of Internal Affairs of Belarus taking a man out of a Russian Armed Forces Ural truck with “V” mark.

There were no details on the time and place of the incident available.

But in the morning, Belarusian propaganda started spreading fakes that the video was allegedly filmed near Machulishchy, Minsk Region. They wrote that “police officers were doing their job, and drunk driving is prohibited in Belarus.” However, we have already seen that the Belarusian traffic police doesn’t care about the condition of Russian Armed Forces soldiers, and we have enough evidence: here, here, and here.

In addition, we have found another video of the accident on a social network, which shows that the arrest occurred not in Machulishchy, but in Rechitsa (Gomel region, Belarus).

If you watch the video carefully, you will notice that the police Niva, which came to the detention, has a civilian license plate number 0305 IH-3 – Gomel region. In addition, you can notice a badly legible inscription “RECHITSA” on the door. Let’s pay attention to the license plate number E 417. In December 2019, this car came to detain a man on Christmas Day, December 25. 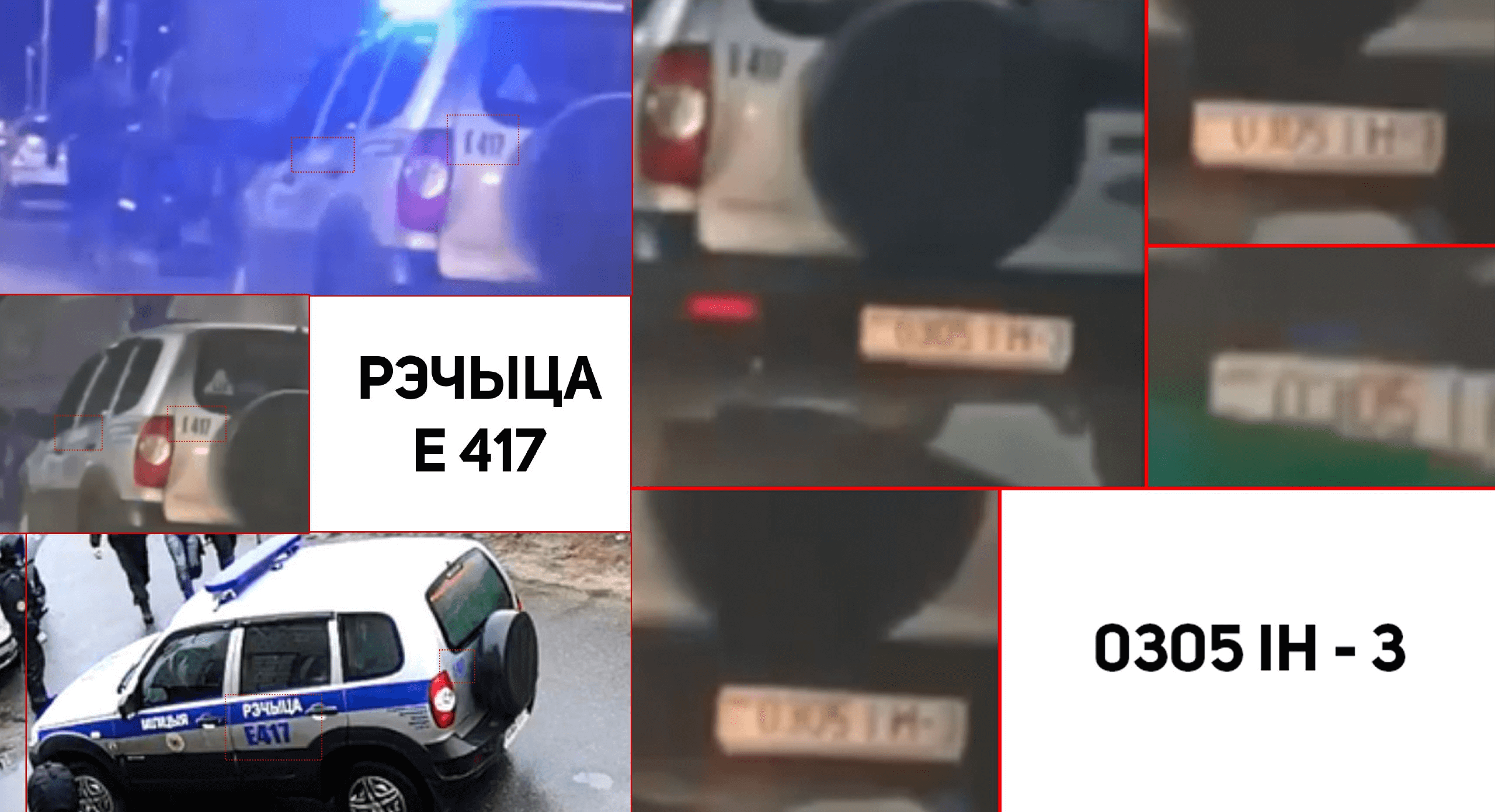 We also note that there were many reports that the video shows the military police of Russia, but it’s not true – the Security Department of the Ministry of Internal Affairs of Belarus was involved in the detention.

Lithuania, Poland and Latvia will close their borders for cargo traffic