Sviatlana Tsikhanouskaya met with US President Joe Biden at the White House. This is the main event of her official visit to the United States, which has lasted for almost two weeks and is coming to an end. About the meeting with Biden and other prominent US statesmen, as well as the reaction of the establishment to Tsikhanouskaya’s visit – in our material.

"I leave the White House with confidence that the voice of millions of Belarusians has been heard".– Sviatlana Tsikhanouskaya said after the meeting.

She briefly cited the position of the Belarusian democratic forces, which she conveyed to the US president:

US President Joe Biden shared his impressions of the meeting with Tsikhanouskaya in his Twitter:

"I was honored to meet Tsikhanouskaya at the White House this morning. The U.S. continues to support people of Belarus in their quest for democracy and universal human rights".

I was honored to meet with @Tsihanouskaya at the White House this morning. The United States stands with the people of Belarus in their quest for democracy and universal human rights. pic.twitter.com/SdR6w4IBNZ

During her visit, Sviatlana Tsikhanouskaya also held talks with Jake Sullivan, Biden’s national security adviser at the White House, with Anthony Blinken, the US Secretary of State, Victoria Nuland, Deputy Secretary of State, Derek Scholle, the US State Department adviser, and many other authoritative politicians.

The US establishment on Tsikhanouskaya's visit

Ned Price, the U.S. State Department spokesman, said the U.S. continues to consider new sanctions against the regime in Belarus and said the U.S. will be actively involved in the investigation of last year’s elections, human rights abuses and repression.

Robert Menendez, the head of the US Senate Committee on Foreign Relations, called on the US to impose sectoral sanctions against the Belarusian regime.

"It was an honor for me to meet with Tsikhanouskaya today in the Senate. The U.S. should renew its support for civil society in Belarus and impose sectoral sanctions in response to the government's repression",– Menendez wrote.

Anthony Blinken, the U.S. Secretary of State, after talks with Sviatlana Tsikhanouskaya:

"We discussed the way out of the political crisis: the release of all political prisoners, inclusive dialogue and new elections. Long live Belarus!",–Blinken wrote

"The United States, together with partners and allies, will continue to hold the Lukashenko regime accountable for its actions, including with the help of imposition of sanctions",– Horne said.

Tsikhanouskaya called on the United States:

We remind that on the eve of the official visit of Sviatlana Tsikhanouskaya to the United States, The Washington Post published a column in which it called on US President Joe Biden to immediately impose sanctions against the Lukashenka’s regime. 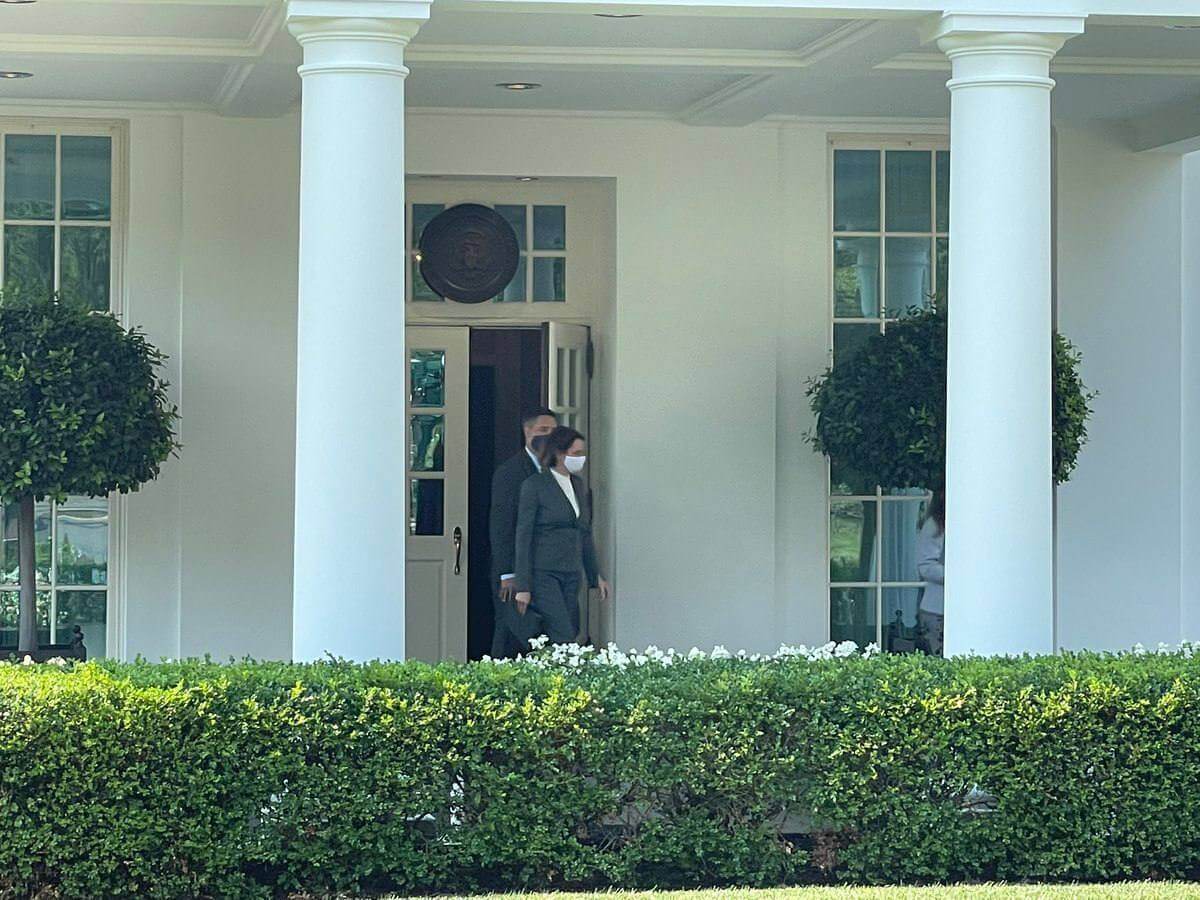 Leaks. Pruzhany DSoIA threatens a woman to take away her children and ban her on leaving Belarus

Sviatlana Tsikhanouskaya met with the Minister of Foreign Affairs of France. Briefly: what was the talk about