A plane or a helicopter crashed near Luninets

The editors of motolko.help receive information that today at about 21:00 Luninets residents heard a strong explosion and saw a bright flash.

Eyewitnesses report that residents’ windows were shaking as a result of the explosion, and glass shattered in some houses. It’s reported on the arrival of helicopters and fire trucks, as well as a large number of Belarusian and Russian military personnel. In addition, two claps were heard in the village Drebsk (Luninets district), after which a blaze began, similar to a forest fire. 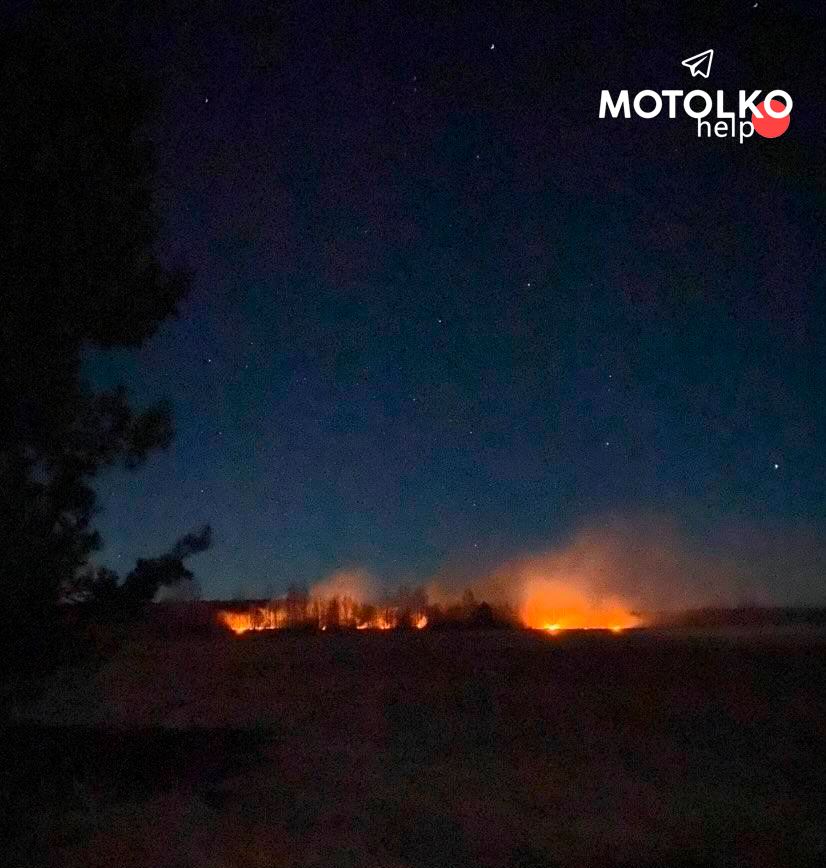 Photo of the accident / motolko.help

According to preliminary information, a plane or a helicopter could fall in the area of ​​agrotown Kozhan-Gorodok. A search operation is being conducted at the moment. It’s also reported that a helicopter of the Ministry of Defense of Belarus took off from the airfield in Machulishchy (Minsk region) to Luninets.

Possible location of the accident / motolko.help

The editors of the “Belaruski Hayun” telegram channel received a recording of communications between the pilots, which was intercepted. The recording confirms the crash of a Russian military plane near Luninets (near the agrotown Kozhan-Gorodok) on Thursday evening.

Here is a transcript of talks’ part:

“…very bright, I was looking right at it …near Luninets… …have just seen another flash right now… …in the same place …well then tell them where the plane fell approximately, if they went, to make it easier to find …it is about 20 kilometers on the landing (course to the airfield) …”

If you have any additional information, please write to the bot of the “Belaruski Hayun” telegram channel – @HajunBYbot, or via the contact form below.

Is the command center of the Belarusian grouping of the Russian Armed Forces located near Minsk?