The editors of motolko.help found out that on Friday, December 17 at 12:47, a Boeing 747-281B flew to Minsk from Iran with the EP-FAA registration number of the Iranian cargo airline Qeshm Fars Air, which has been under US sanctions since 2019 for repeated transportation of weapons and militants of various terrorist organizations. 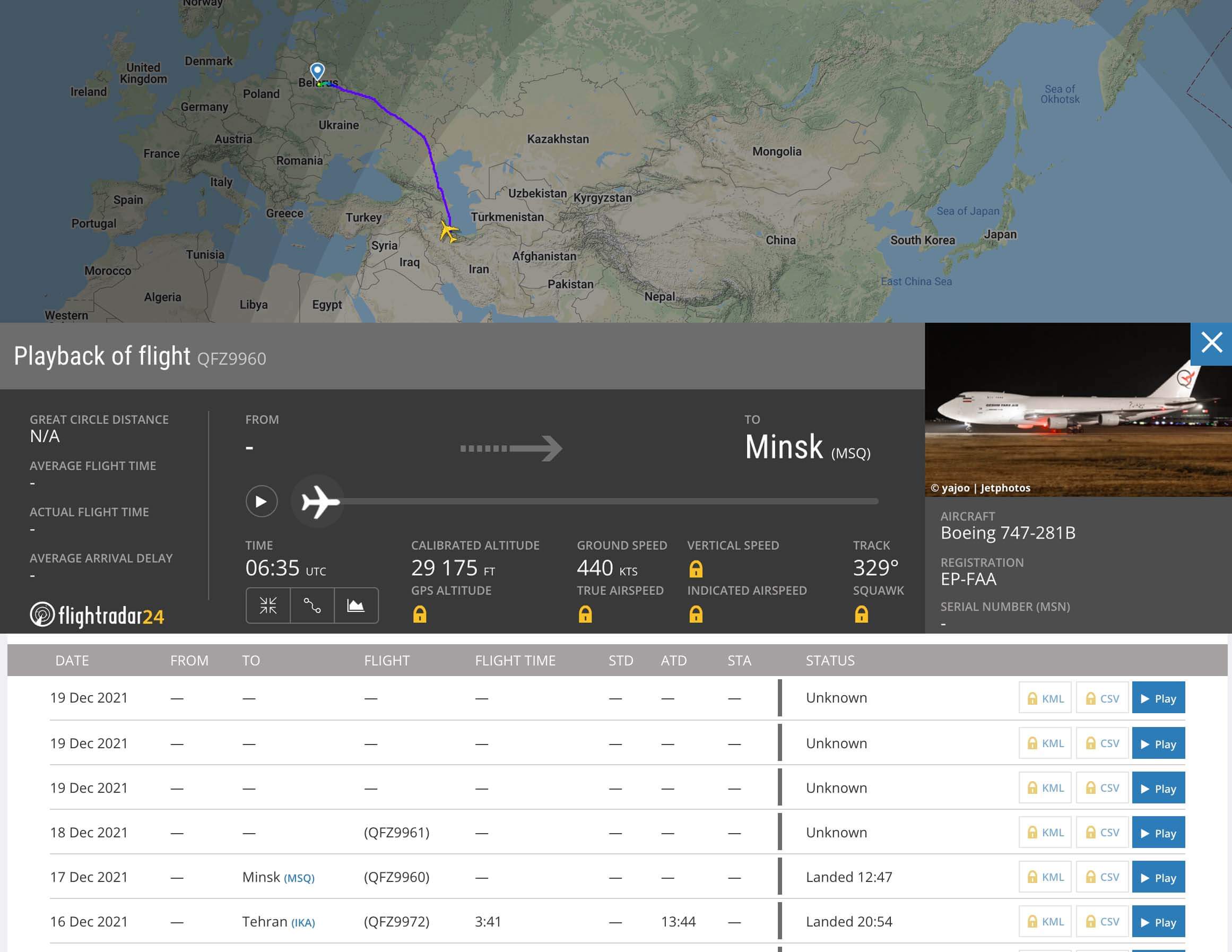 Qeshm Fars Air is a veteran in transporting weapons with terrorists in the management?

The Qeshm Fars Air airline was established in 2003, but in 2013 it temporarily ceased operations due to financial problems. Four years later, work resumed under new leadership, and at the same time three representatives of the terrorist organization of the Islamic Revolutionary Guard Corps (IRGC) joined the management board of the company.

After that, the airline has repeatedly been seen transporting weapons from Iran to Syria, Lebanon and even Venezuela. Back in 2018, an American TV channel FOX News published information that this airline supplied weapons to Lebanon for militants of the terrorist organization Hezbollah and spare parts for the production of weapons at Iranian arms factories in Lebanon.

A year later, the company came under US sanctions for its relations with the IRGC militants and the supply of weapons to Syria. 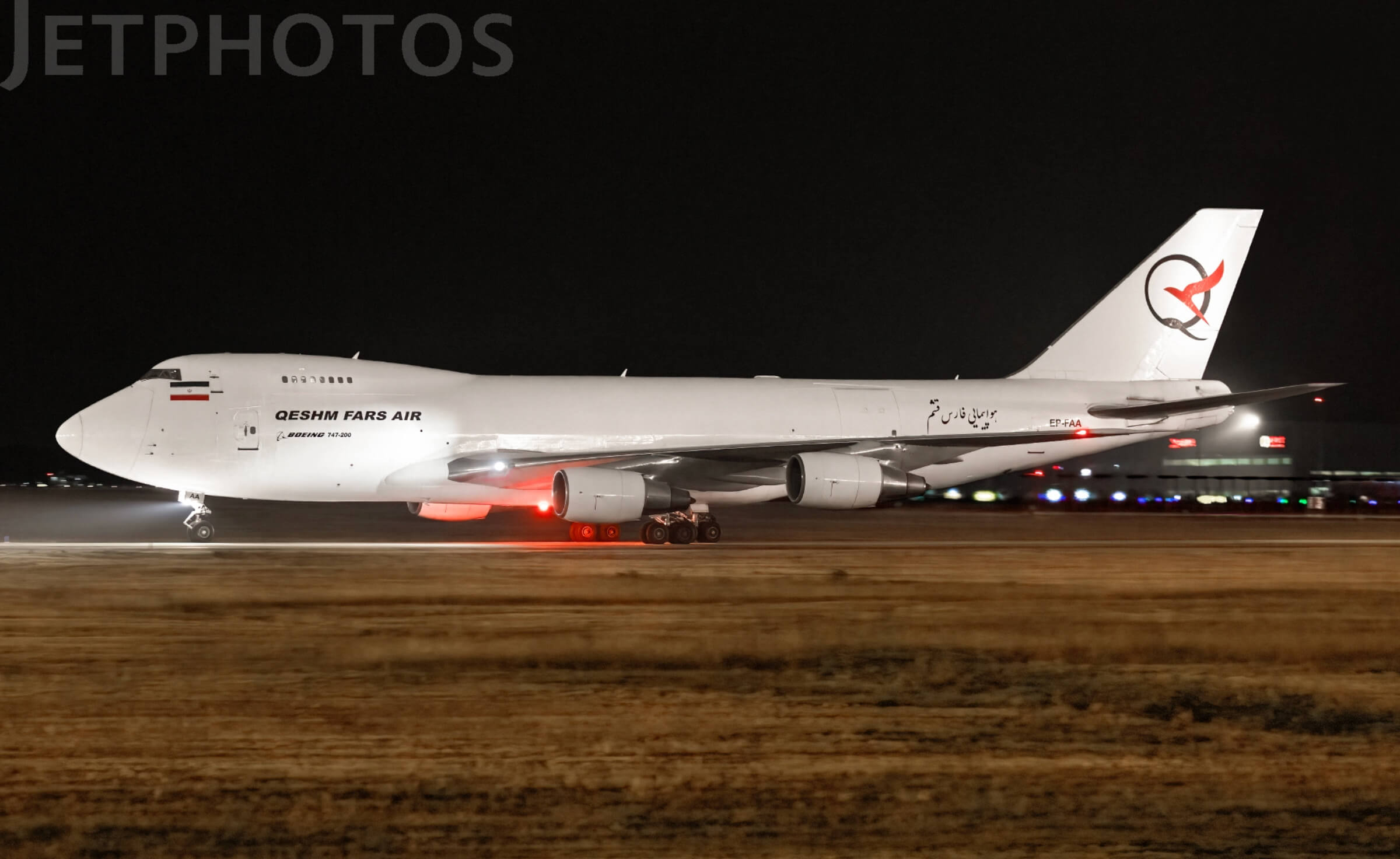 Boeing 747-281B of the Qeshm Fars Air airline / JetPhotos

After coming under US sanctions, the illegal activities of the company did not stop. In early October of this year, the Colombian publication Semana published an investigation into the fact that weapons were transported from Iran to Venezuela on the aircraft of this airline.

Here it should be remembered that last week Viktor Sheiman made a visit to Venezuela as a special envoy of Lukashenka. And just a few days after that, Nicolas Maduro, the President of the South American Republic, said that Belarus and Venezuela had signed an agreement on the establishment of air traffic between the two countries.

No details were reported at that time, it wasn’t also said which airlines would fly on the Minsk-Caracas route. It just should be noted that Belavia Airlines does not have aircraft that can fly from Belarus to Venezuela without making additional landings.

If you have any details about the planned air traffic with Venezuela and what the Iranian airline’s sanctioned plane brought to Minsk, please contact us to @motolko_bot or via the form below.

A park named after Kastus Kalinouski will appear in Kiyv

Hajun Project published data of 34 more marauder soldiers of the Russian Armed Forces, who may be involved in crimes on the territory of Ukraine

Leaks: Kovalev agrees to land a plane with an “IT specialist” who threatens Balaba?