“Best Truck Crane Operator”: Data on a Russian sergeant, who was in the Chernobyl Zone, and now loads equipment in Belarus

On April 17, the Belarusian Hajun Project published a post about a KamAZ-based crane truck seen in Kalinkavichy (Gomel Region, Belarus), which was on its way to transport a nearly destroyed Russian KamAZ truck with broken windows and numerous damages to the body. Later, the project’s monitoring team received detailed data on who the driver of the truck crane was, and where the vehicle had been previously spotted.

According to the Hajun Project, the driver of this crane is Vitaliy Moiseyev, a sergeant of the military unit 98529 based in Krasny Bor (Smolensk oblast, Russia) and is part of the 29th Separate Railway Brigade of the Russian Armed Forces.

It is known that at the moment, the crane operator is involved in the loading of Russian equipment onto trains in Belarus for further transportation to Russia. This became known due to the fact that Moiseyev himself told it to a person he did not know in Telegram. By the way, he also told that he was one of those soldiers who invaded Ukraine and set a base on the territory of the Chernobyl Zone. 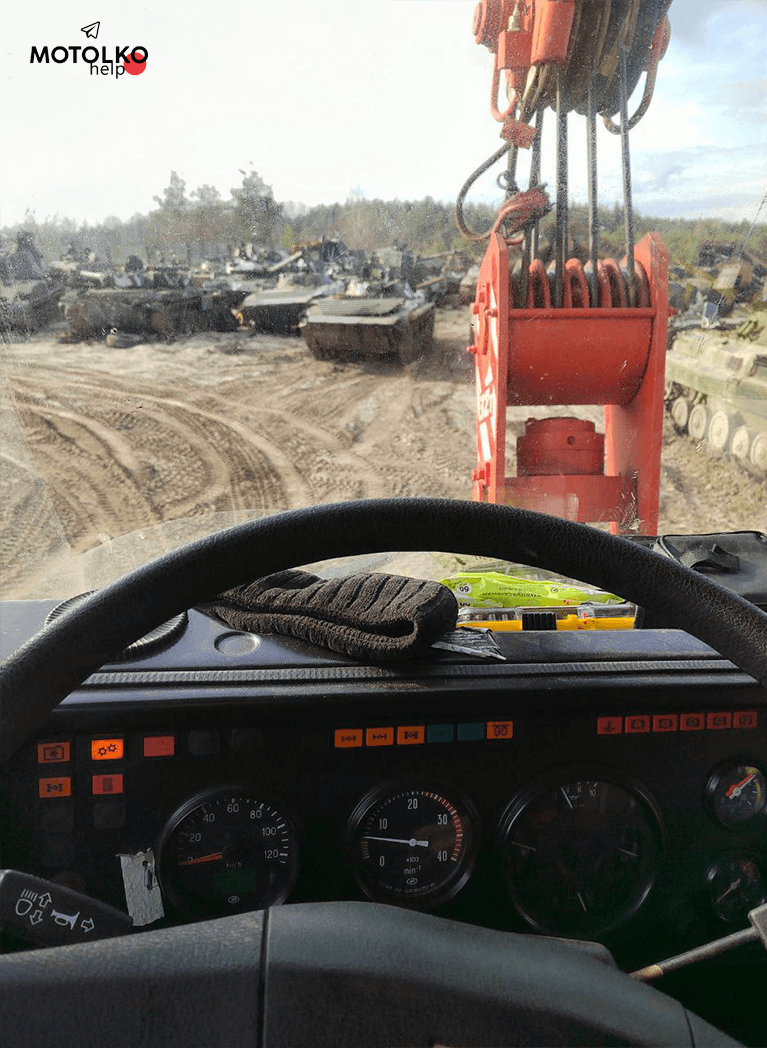 The situation was the same with Brahin (Gomel region, Belarus), from where broken equipment is transported by trailers to the railway station in Khoiniki, where it is loaded onto trains. It should be noted that these are the best ways of movement for them, as the nearest bridge across the river Prypiat is near Mazyr. Moiseyev participated in the loading of equipment not only in Naroulya, but also in Yelsk.

The pictures show a blue building, a brick two-storey building, and garages. These photos were taken in Yelsk in the same location, which is confirmed by satellite images. Buildings in Yelsk, which can be seen in the photos of the Russian crane operator / Belarusian Hajun Project

In the chat, Moiseyev wrote that he was loading equipment onto trains for further transportation to Russia. Some of the Russian equipment has already been taken out of Belarus. The rest, mostly in bad condition, continue to be loaded onto trains in Mazyr, Yelsk, and Khoiniki.

There is also a photo that crane operator Moiseyev took right from the cab of his crane near the railway station in Kalinkavichy (Gomel region, Belarus). And the diploma “Best Truck Crane Operator,” which Sergeant V.G. Moiseyev was awarded on April 13, 2021. It is notable that Moiseyev repeatedly wrote in his personal correspondence that they had been in the Chernobyl Zone previously, as well as that their base was not far from Chernobyl. By the way, additional evidence that Moiseyev serves in the Russian Armed Forces is the spelling of the name of Belarus with two mistakes, as well as the pejorative attitude to Ukrainians. 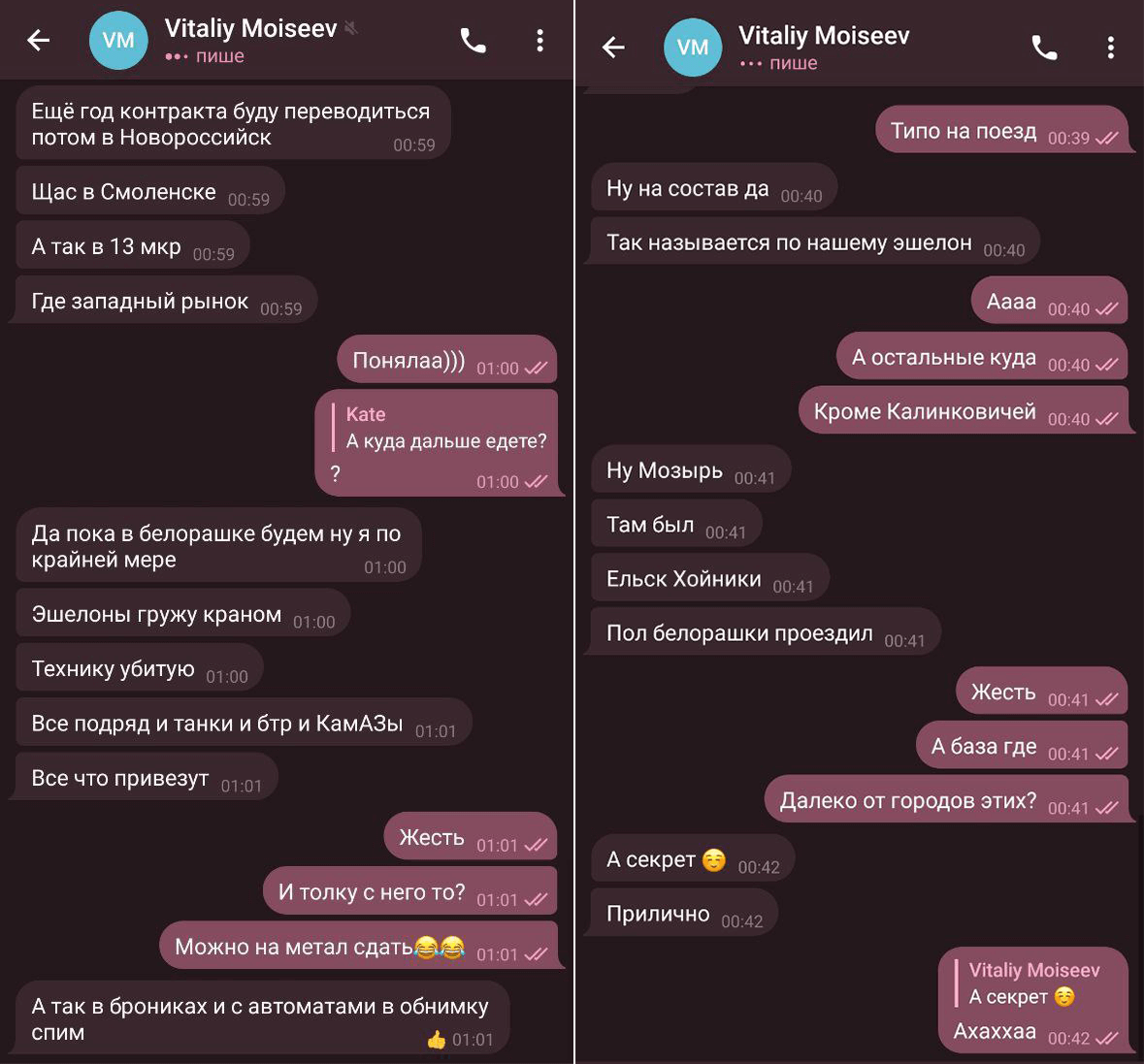 Chat of Moiseyev with a person / Belarusian Hajun Project

If you have other information about soldiers of the Russian Armed Forces who were/are on the territory of Belarus and may be involved in the aggression against Ukraine, please write to @HajunBYbot

A drone with Belarusian cigarettes was intercepted in Lithuania

Vardomatski: We can talk about the decrease of Putin’s rating in the Belarusian public consciousness