GUBOPiK showed a scheme of destroying independent media in Belarus

Screenshot from the video
5 mins

The state TV channel STV showed another propaganda film called “Plesen” (mold), trying to explain why millions of Belarusians protested in 2020 against the rigged presidential election results and the excessive violence of the security forces. To ominous music, the authors of the film and invited guests once again retold the official version of events and uncovered a global conspiracy against Aliaksandr Lukashenka.

However, this time a scheme of a conspiracy led by the CIA, which was uncovered by GUBOPIK, got into the shot. The scheme shows that, according to the law enforcement agencies, the direct participants of the conspiracy were well-known journalists and media managers. Some of them are now behind bars – they are crossed in the scheme.

For example, the journalist and media manager Andrei Aliaksandrau and his girlfriend Iryna Zlobina. They were referred to BelaPAN.

Yahor Martsinovich, the editor-in-chief of Nasha Niva, and Andrei Skurko, the head of the advertising and marketing department, are marked in the same frame. The pointer indicates the articles under which they were to be tried – part 1 of Article 342 and part 2 of Article 216. Today it became known that they would be tried on February 28 only under part 2 of Article 216 of the Criminal Code for wrong payment for the electricity at the office.

We can also see other cards of TUT.by journalists: Volha Loiko, Adariya Gushtyn, Marina Zolatava, Maksim Pushkin, Elena Talkachova, independent analyst Siarhei Chaly, as well as the heads of Belsat TV channel Agnieshka Romashewskaya and Aliaksei Dikavitski. It should be noted that the journalists who were in Belarus and got into the custody of GUBOPiK were arrested. The rest are abroad. 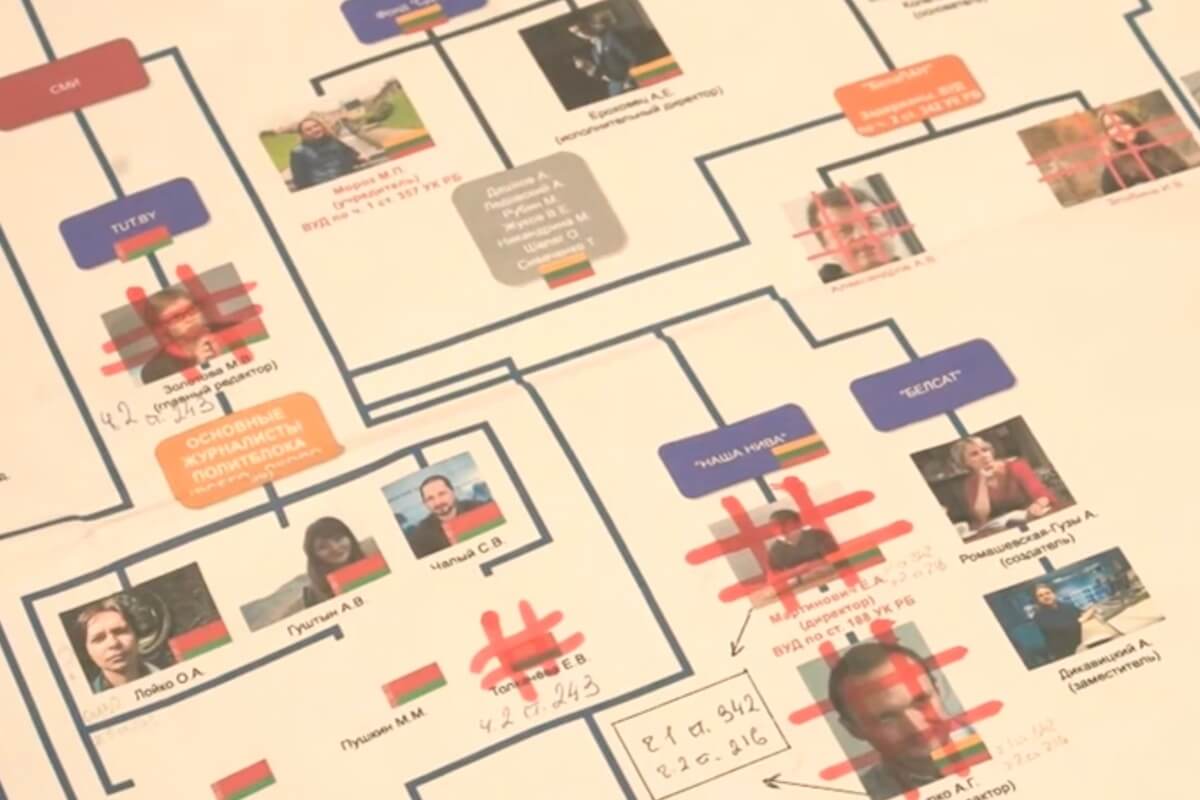 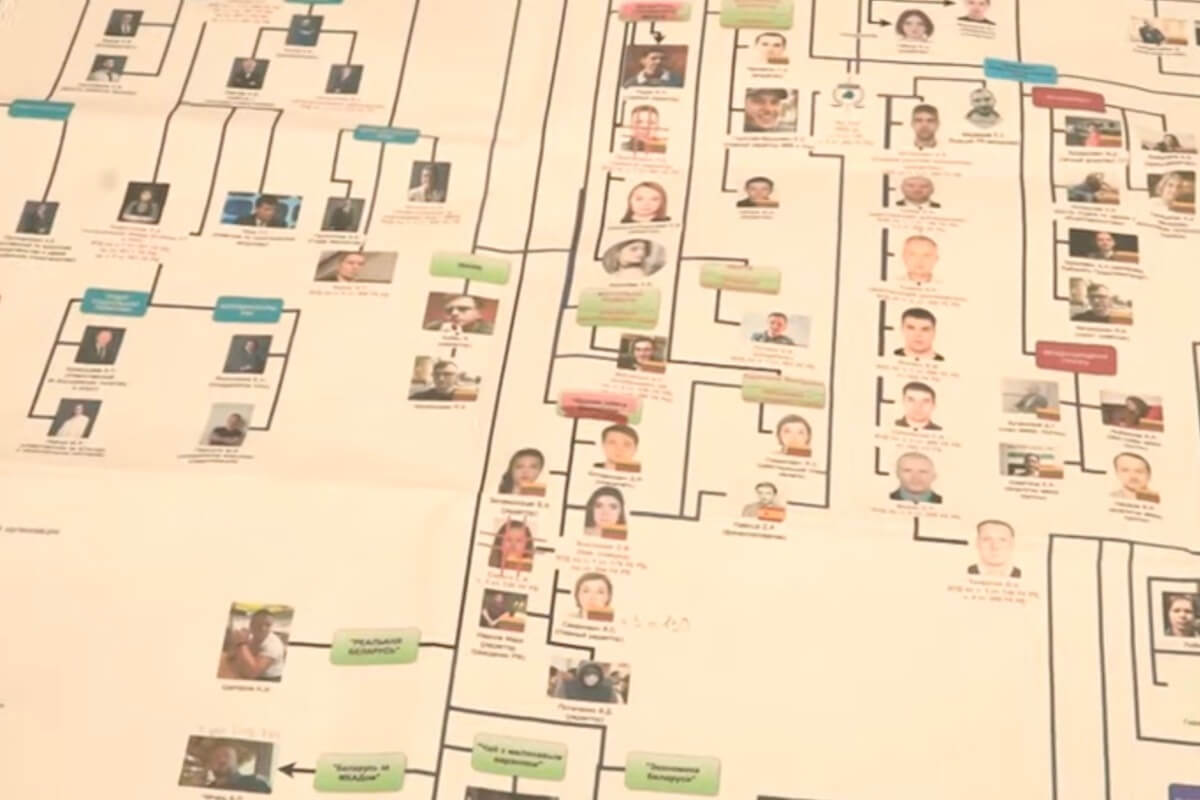 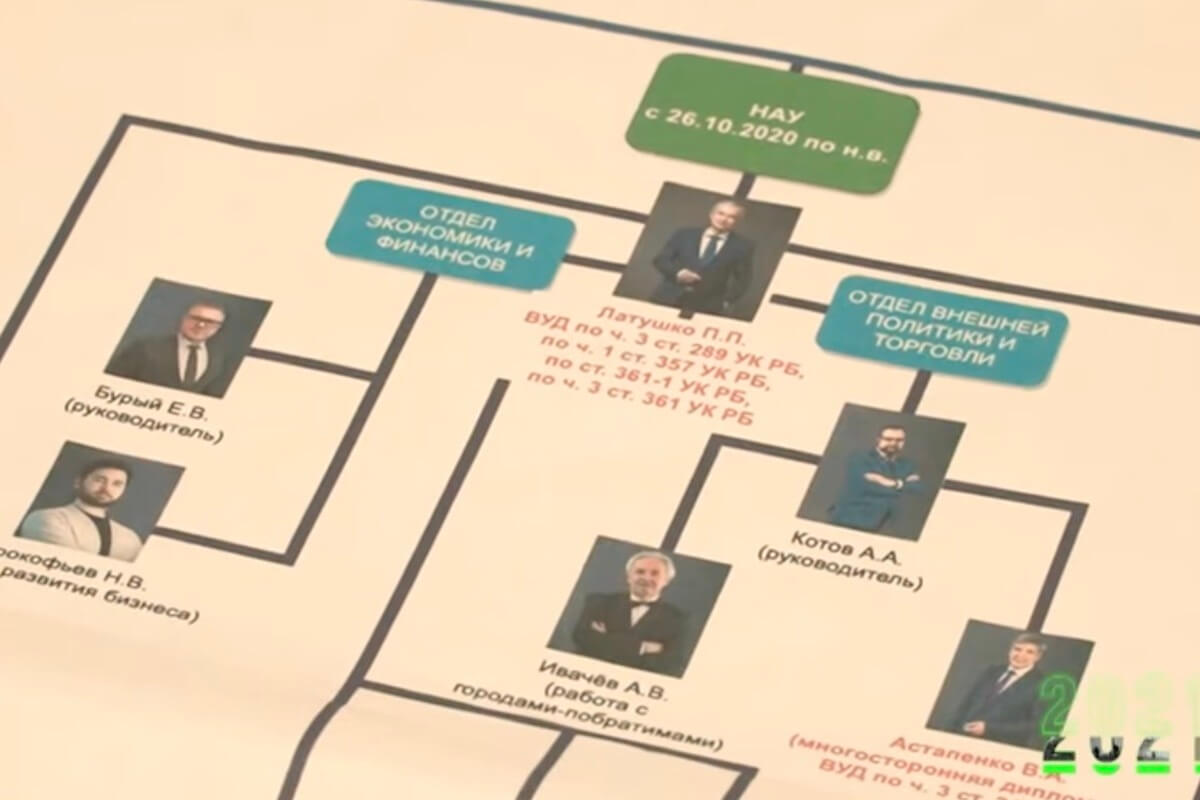 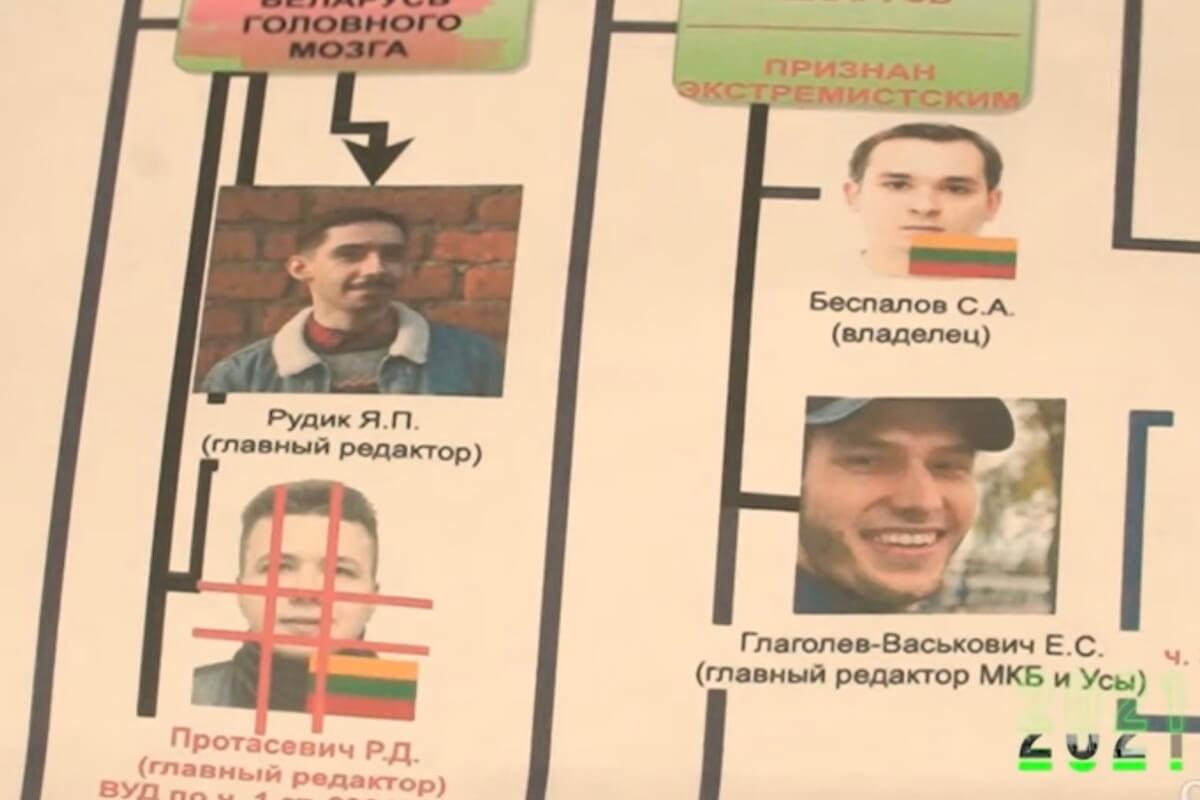 In fact, most of the participants in the “conspiracy” are journalists and bloggers. According to GUBOPIK, they are responsible for the discontent of the Belarusians. The film also makes direct threats against those who are abroad.

Prankers offered teachers to "protect the referendum" in a fake flashmob