Prankers offered teachers to “protect the referendum” in a fake flashmob

Photo of the flashmob
5 mins

Employees of Belarusian educational institutions were again subjected to a prank, having taken part in a flashmob, proposed by prankers, dedicated to the referendum. Photos of the joke action was published online today.

Its authors sent fake letters to the heads of the educational institutions, indicating the sender and initiator of the pro-governmental organization “Belaya Rus”. The addressees were invited to take part in a flashmob “Let’s protect the referendum” by taking pictures with crossed-out posters and the inscription “No and No to Illegal Calls”. The goal was “to counteract destructive forces trying to disrupt the referendum from abroad.”

“We ask the heads of educational institutions to ensure the participation of at least three employees in the national action-marathon “Let’s Protect the Referendum!” In order to participate, employees of educational institutions should take a joint photo to demonstrate their attitude to the calls to disrupt the referendum. For this purpose they should print three posters (from the annex to the letter) and take a picture (with a cell phone or a camera) with them in the working environment according to the scheme (also in the annex). If possible, ensure the presence of state symbols and/or symbols of “Belaya Rus” in the photo,” the message said.

According to the authors of the letter, they received the first responses with photos in 20 minutes after sending the newsletter. 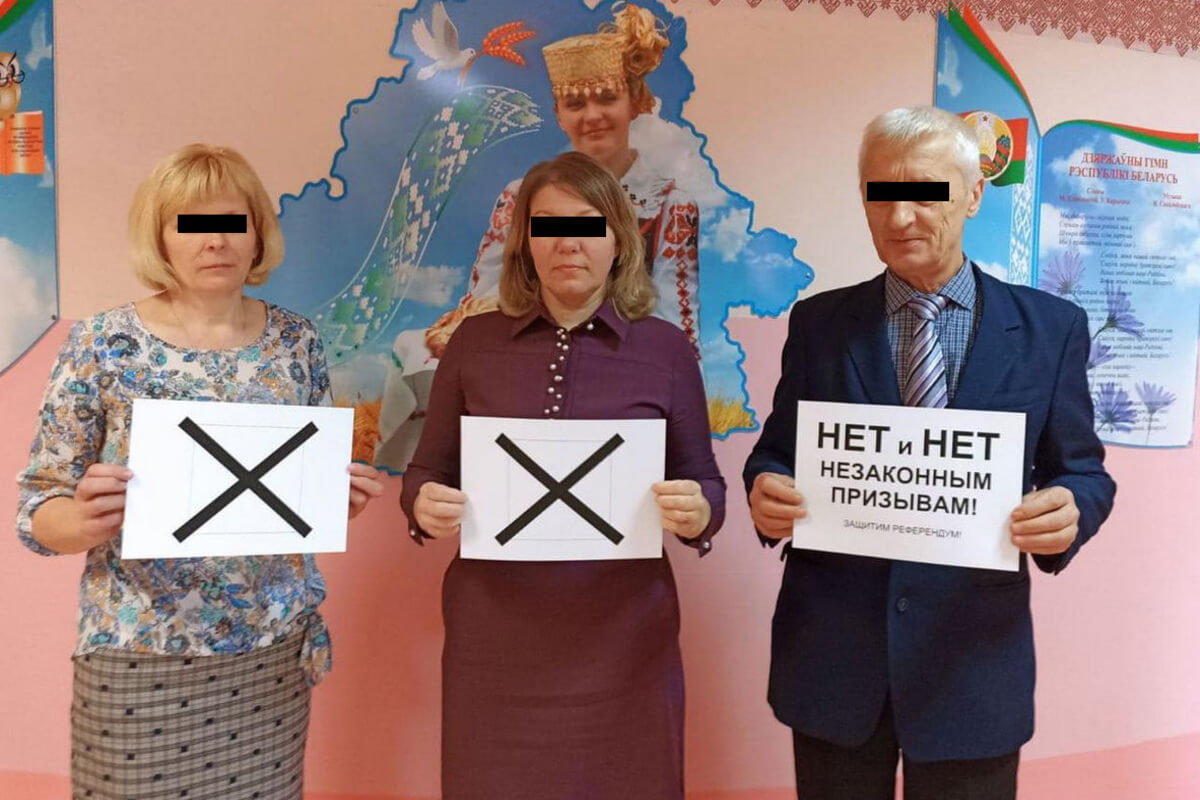 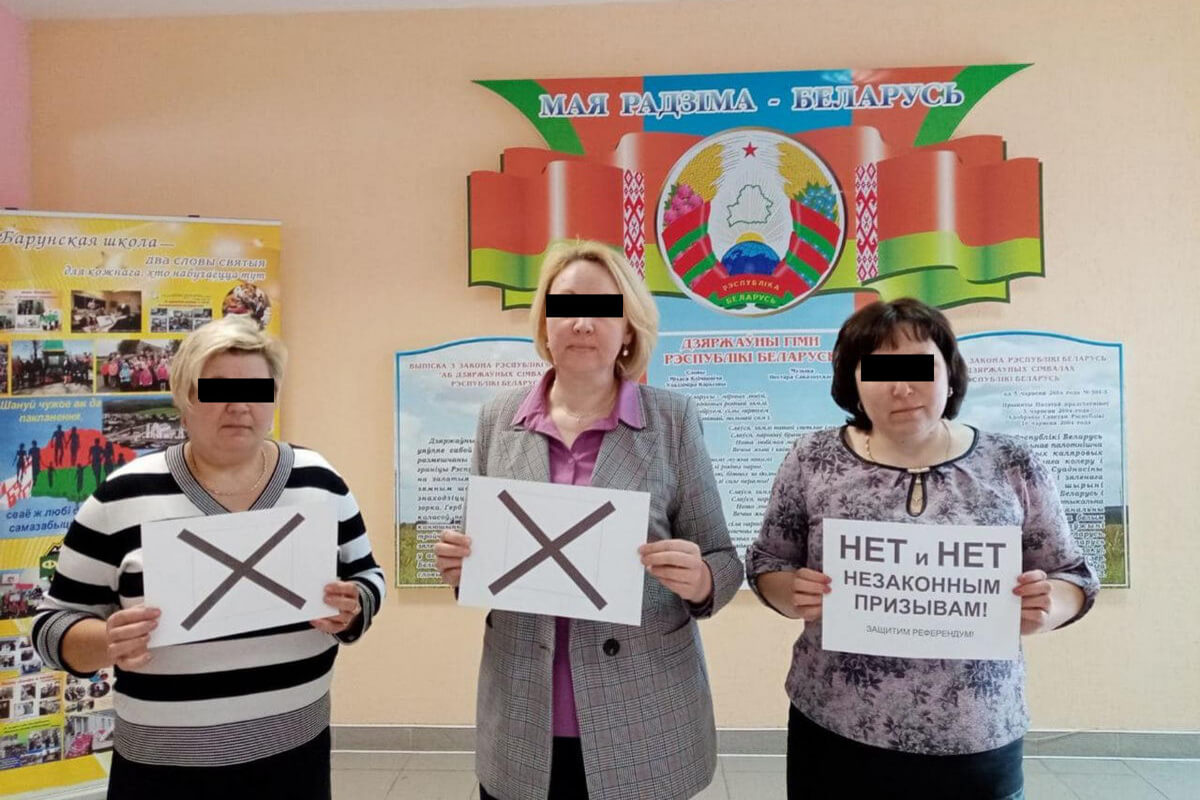 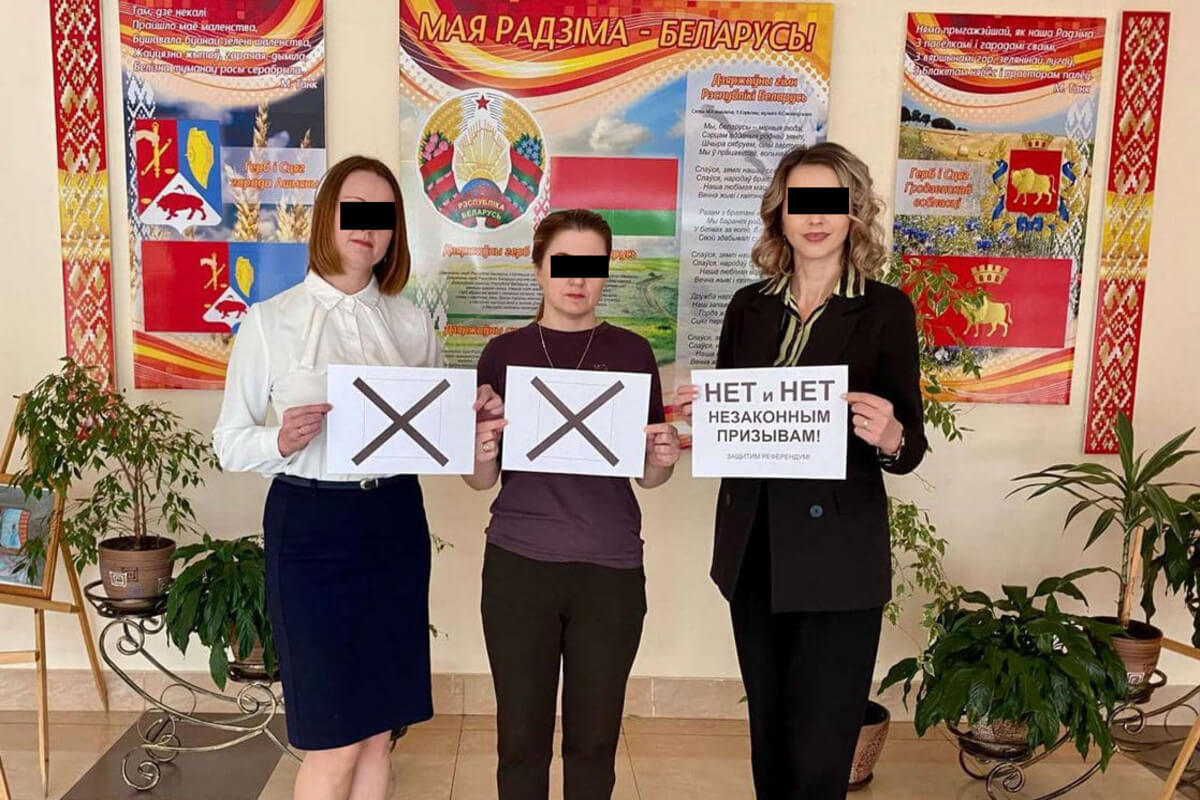 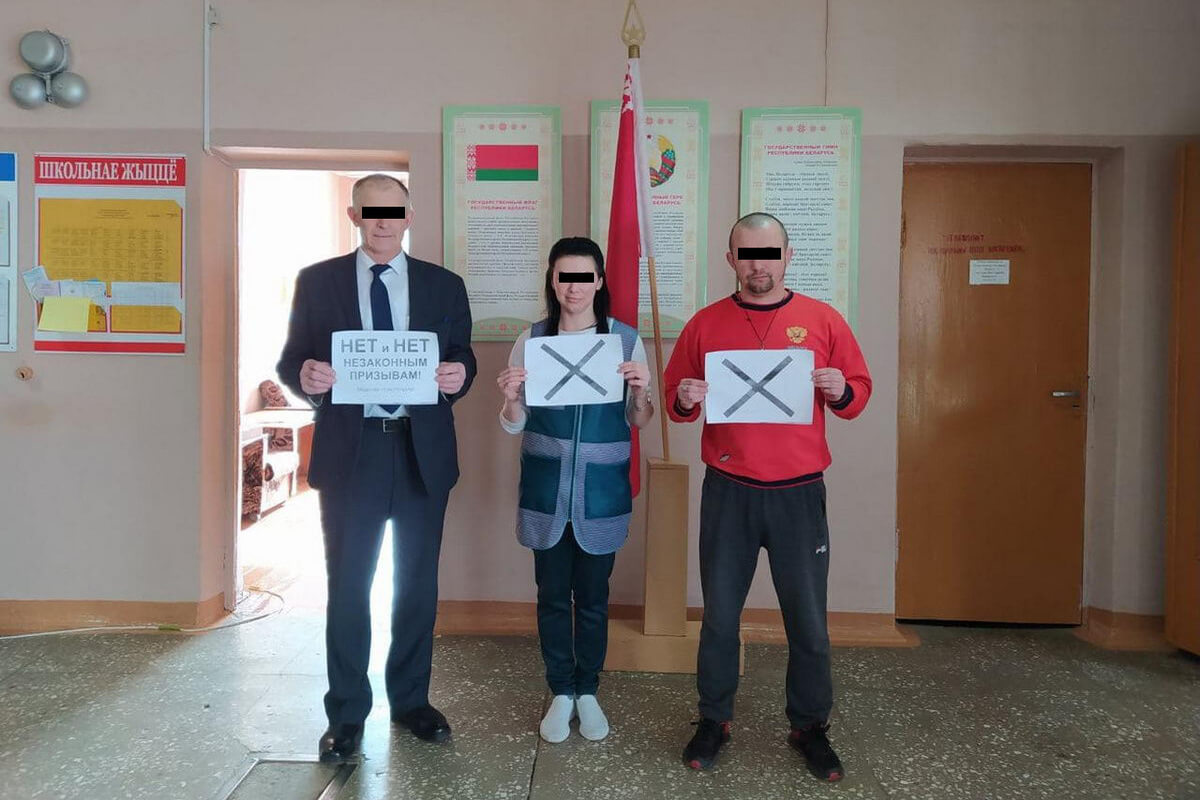 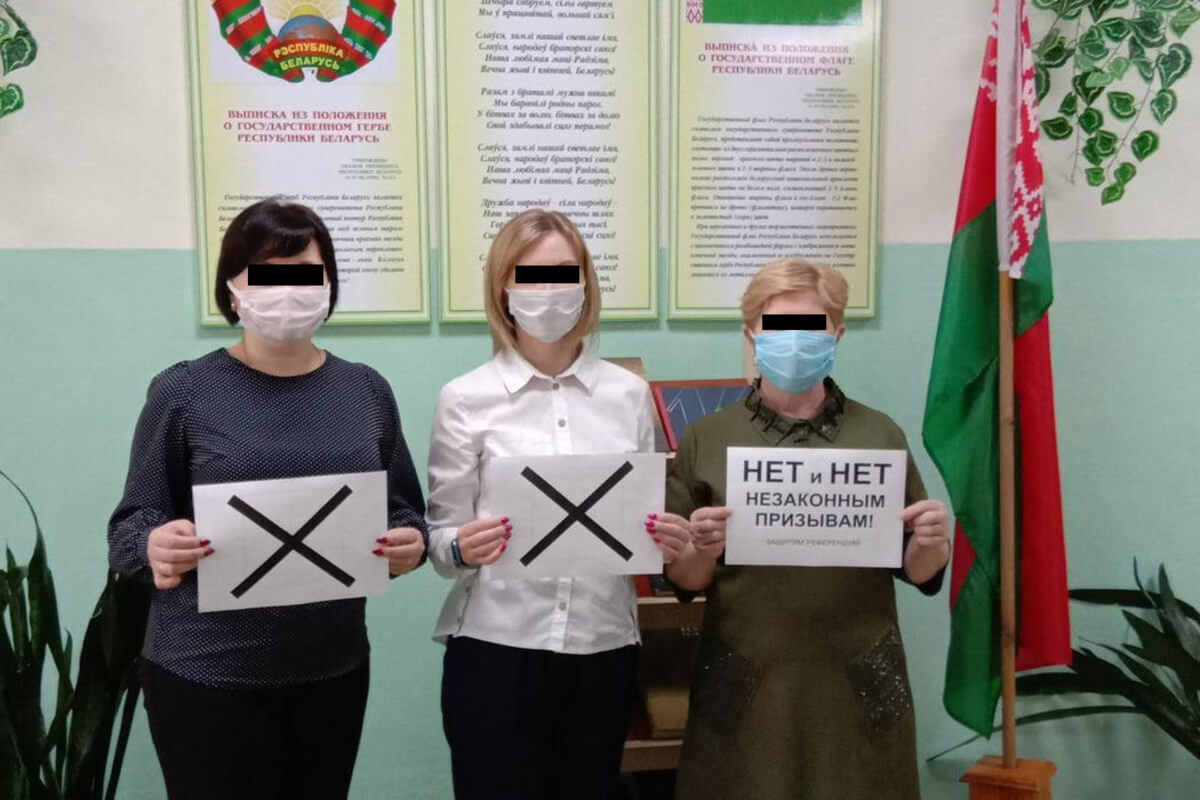 This is not the first joke related to the referendum on February 27. Earlier, Uladzislau, a young teacher from Minsk, who was forced to leave for Poland because of political persecution, decided to play a prank on the administration of the school where he used to work. Presenting himself as a “coordinator of the dialogue platforms”, he demanded to arrange a “dialogue platform to discuss the amendments to the Constitution” in the school. The school administration complied and reported back.

GUBOPiK showed a scheme of destroying independent media in Belarus

Ukraine will not resume electricity imports from Belarus from November 1