Belarusian Hajun: Military activity on the territory of Belarus on February 3

Belarusian Hajun: Military activity on the territory of Belarus on February 2

How the Lukashenka regime may get involved in the war in Ukraine even more? Possible scenarios

After Putin announced mobilization in Russia on September 21, as well as pseudo-referendums in the temporarily occupied territories of Ukraine, a lot of information began to be spread about mobilization in Belarus, redeployment of Russian troops to attack Ukraine, etc. In most cases, there is no confirmation of such information. Therefore, we decided to try to analyze possible scenarios of even greater involvement of the Lukashenka regime in the war in Ukraine using the information we have, as well as opinions of experts.

1. Russia will form a strike force in Belarus for a new invasion of Ukraine 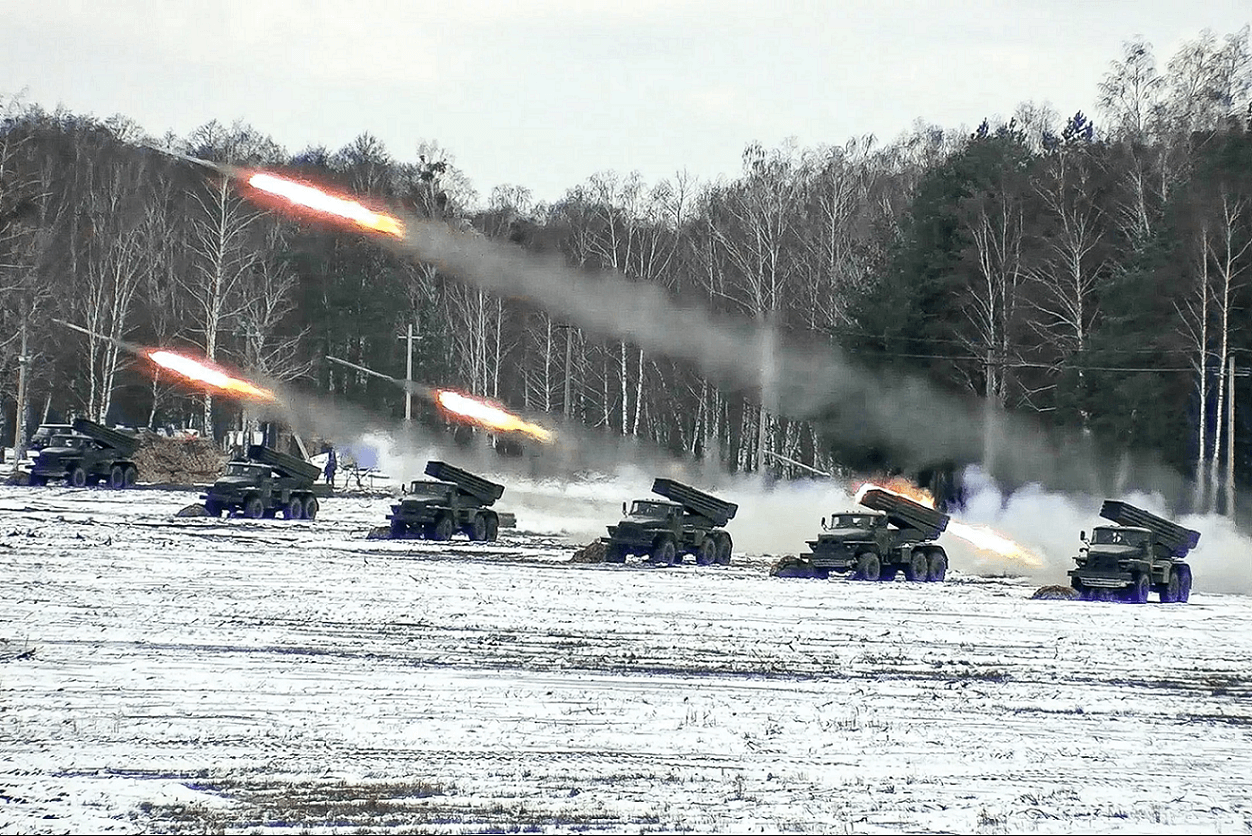 Joint exercises of the Russian and Belarusian troops "Union Resolve-2022" a week before the attack on Ukraine / Photo: Ministry of Defense of Belarus

When considering the scenario of repeating the situation of February 24, 2022, it is necessary to pay attention to the following.

We remind that the Russian offensive from Belarus to Kyiv was preceded by the military exercises «Union Resolve-2022». The first echelons with Russian personnel and military equipment began to arrive in Belarus on January 18, 2022, i.e. one month before the start of the full-scale invasion. At that time, according to various estimates, the grouping of the Russian Armed Forces attacking Kyiv contained from 15 to 30 thousand people.

In other words, as of today, the Russian Armed Forces need at least a month of intensive redeployment of troops to Belarus, their combat shakedown, deployment to attack sites, etc. to repeat a similar scenario (which ended in a defeat for Russia). It should be noted that the Ukrainian leadership did not expect an attack on Kyiv from the territory of Belarus. Therefore, no defensive lines were created in the northern direction and no significant forces of the Ukrainian Armed Forces were concentrated. Now the situation is completely different: the border with Belarus is being equipped in engineering terms to counter possible invasion.

Conclusion. The transfer of a large number of Russian troops to Belarus will not remain unnoticed by both the monitoring team of the Belarusian Hajun project and Ukrainian intelligence (given the available technical capability). It is almost impossible to organize such a group of troops secretly in current circumstances. Now Ukraine is much better prepared to meet the enemy. Therefore, Russia will need to create a strike force, which will be superior to the one created in February 2022, in order to be able to succeed.

Thus, Ukraine will be able to identify in advance Russia’s plans to invade again from the territory of Belarus and respond accordingly. Despite the apparent insanity of such a scenario, we should not discount it completely, because the Russian leadership has shown the ability to take such steps.

2. The mobilized in Russia will be redeployed to Belarus 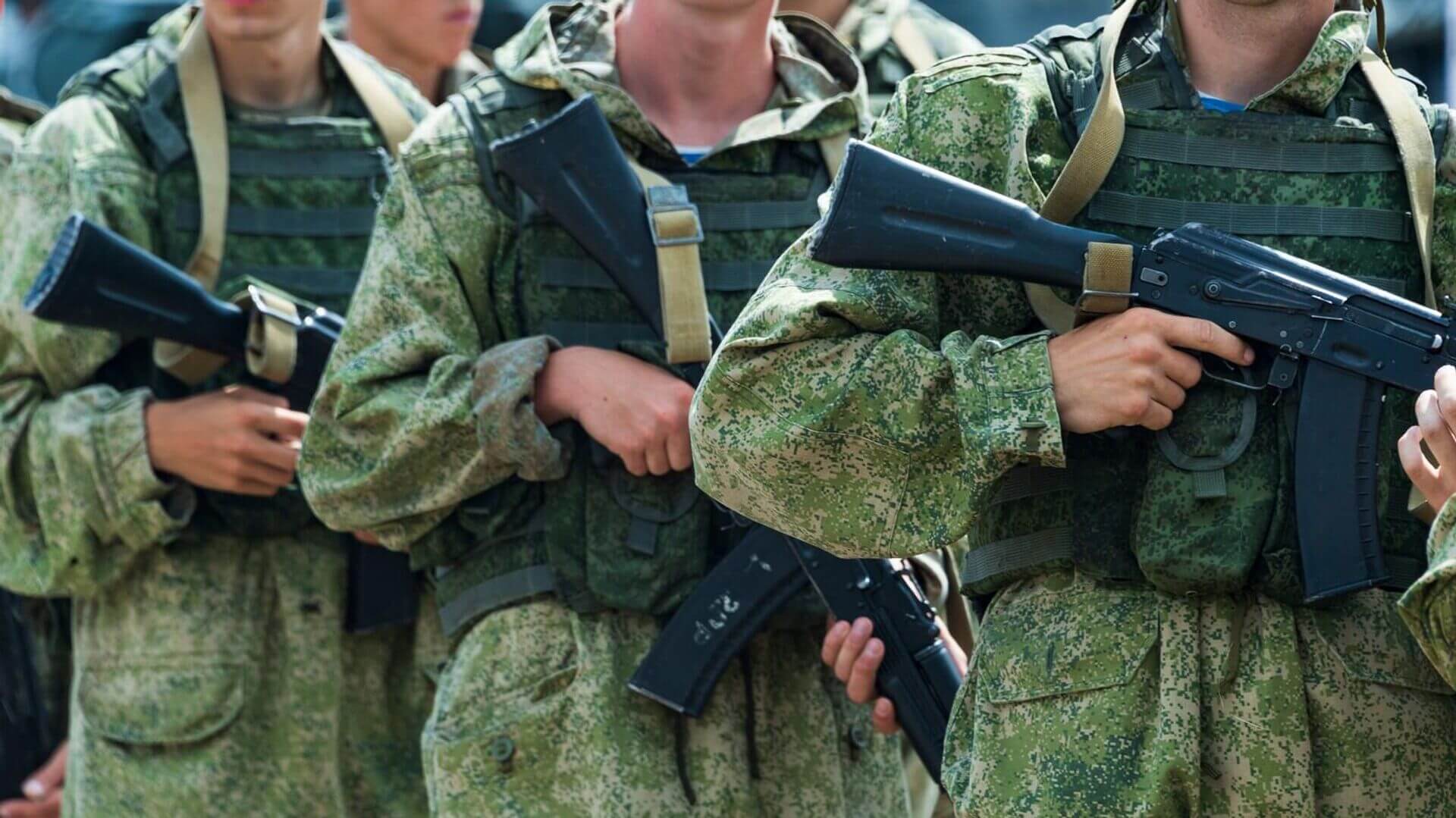 The possibility of redeployment of mobilized Russian citizens to Belarus does exist. What can the mobilized citizens of Russia be sent to Belarus for?

1. For the purposes mentioned in point 1 above – i.e. for the invasion of Ukraine.

2. To conduct training before sending to the front (southern, eastern). In this case it is necessary to analyze the structure of the Russian Armed Forces.

The mobilization announced in Russia officially assumes conscription of at least 300,000 people from the reserve (many experts believe that this figure will be much higher). In other words, the number of mobilized people will exceed the number of the Land Forces and Airborne Forces taken together. Even for the organization of basic military training of mobilized people, thousands of instructors, infrastructure of training centers, training grounds, etc. are needed. All this will not be enough to train such a large number of mobilized soldiers. We should also remember that the Russian Armed Forces suffered heavy losses of personnel (including trained and qualified personnel) during the 7 months of the war.

In this regard, it is possible to assume that some part of the mobilized may be transferred to military training grounds in Belarus to pass the training. It is possible that servicemen of the Belarusian Armed Forces could also serve as instructors.

This scenario is additionally confirmed by reports by the Russian media that mobilized soldiers are sent to the front without any training at all.

It is also worth mentioning that in October 2021, two Belarusian-Russian so-called «combat training centers» were established in Belarus to train specialists of the Air Force and Air Defense Forces. It was reported that the mentioned centers would be located in Hrodna region and at the airfield in Baranavichy in Belarus. Since the formation of the mentioned structures, experts were skeptical about the «training» component of these structures, stating that it was an extension of the Russian military presence in Belarus. It should also be noted that information about the functioning of the «centers» is not publicly available. Nevertheless, theoretically, they can also be used for training of the mobilized citizens of Russia.

3.  For permanent deployment in Belarus. In this case, we are talking about the development of the scenario described in point 2. The only difference is that the trained mobilized soldiers will not leave to fight at the southern and eastern fronts, but will continue to stay in Belarus indefinitely. The possible purpose of such a stay is to create tension with the Ukrainian leadership, drawing the Ukrainian Armed Forces from other fronts to the Belarusian direction.

Conclusion. Thus, it is possible to assume several reasons for the arrival of the mobilized from Russia to Belarus. However, such forces will not pose a significant military threat to Ukraine. First of all, due to their weak readiness.

3. Lukashenka will announce mobilization in Belarus to help the Russian Armed Forces 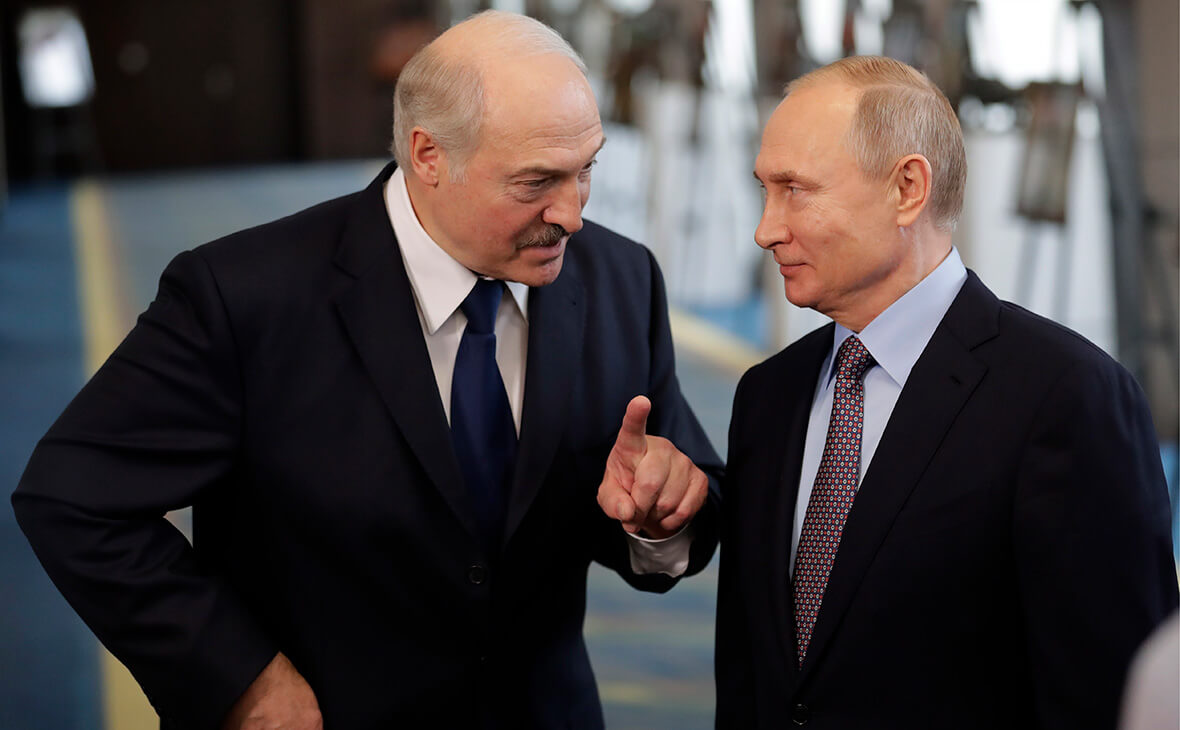 Earlier we commented on rumors about possible mobilization in Belarus. The main thesis, on the basis of which we built our analysis, was the following: units of the Belarusian Armed Forces do not take part in combat operations in Ukraine, so there is no need to mobilize, having some kind of army, not battered in battles, and which can be used.

At the same time, during the whole 2022, the Ministry of Defense of Belarus constantly conducts various exercises. Particularly intensive ones are mobilization exercises, as well as exercises with territorial troops. It is also noteworthy that command-staff exercises were held in September at the Brestski training ground, in close proximity to Ukraine.

Conclusion. Thus, as of today, mobilization seems to be unlikely. This is explained by a number of reasons, first of all, by the low public support for such an idea, as well as by the low level of support for the war in Ukraine.

However, we should expect the number of exercises to increase in the future. Given the «strategic alliance» of Belarus and Russia, military activity on the territory of Belarus should be a cause for concern for the Ukrainian leadership and oblige it to keep a certain number of forces and resources in the northern direction, weakening the possibility of combat operations in other directions. It is possible that such a scenario could be the result of personal agreements between Putin and Lukashenka. 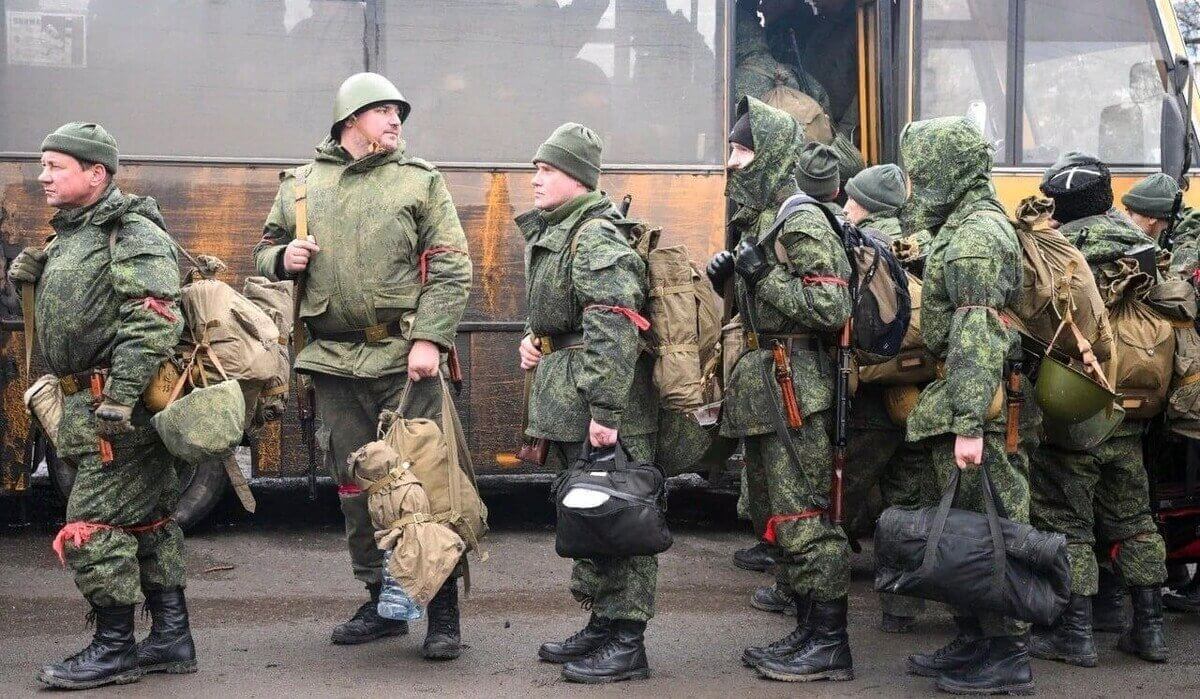 Such a scenario does not look unrealistic. We recall that earlier there was information about the supply of fuel and ammunition to the Russian Armed Forces from the bases of the Belarusian Armed Forces.

In this case, we should pay attention to the potential for extension for the supply of Russian troops. For example, there was information spread online that Belarusian enterprises took orders for sewing military uniforms. With no facts to confirm this information, we note that this may indeed have happened.

To be sure about this, it is enough to look at the news about the mobilization in Russia, what equipment and uniforms the soldiers receive, and how the military themselves openly speak about the shortage of various equipment. Therefore, in this case it may be about the need to quickly «dress» the mobilized, and it is an opportunity for the Lukashenka regime to earn a little money on military supplies.

It should also be noted that Belarusian enterprises of the military-industrial sector are capable of repairing Russian military equipment that has malfunctioned. For example, in August 2022, the Main Directorate of Intelligence of the Ministry of Defence of Ukraine stated that specialists from the 558th aviation repair plant are going on business trips to repair Russian aircraft. There is also unconfirmed information that Russian military equipment was repaired by specialists from the following companies: JSC Peleng, Minsk Wheel Tractor Plant and UAV Helicopter Design Bureau. Accordingly, the provision of services for armament repair is more than a realistic option for the Lukashenka regime to support Russian aggression in Ukraine.

Conclusion. Given the previous experience of participation of the Lukashenka regime in the supply of the Russian Armed Forces, this scenario looks very realistic. In this case, the only question is in what forms the supply will take place. Sewing uniforms is one thing, but the transfer of weapons and military equipment is a fundamentally different level of aid to the Russian Armed Forces, which could have serious consequences for the Lukashenka regime.

5. Russia will be able to use the territory of Belarus even more actively for missile strikes against Ukraine 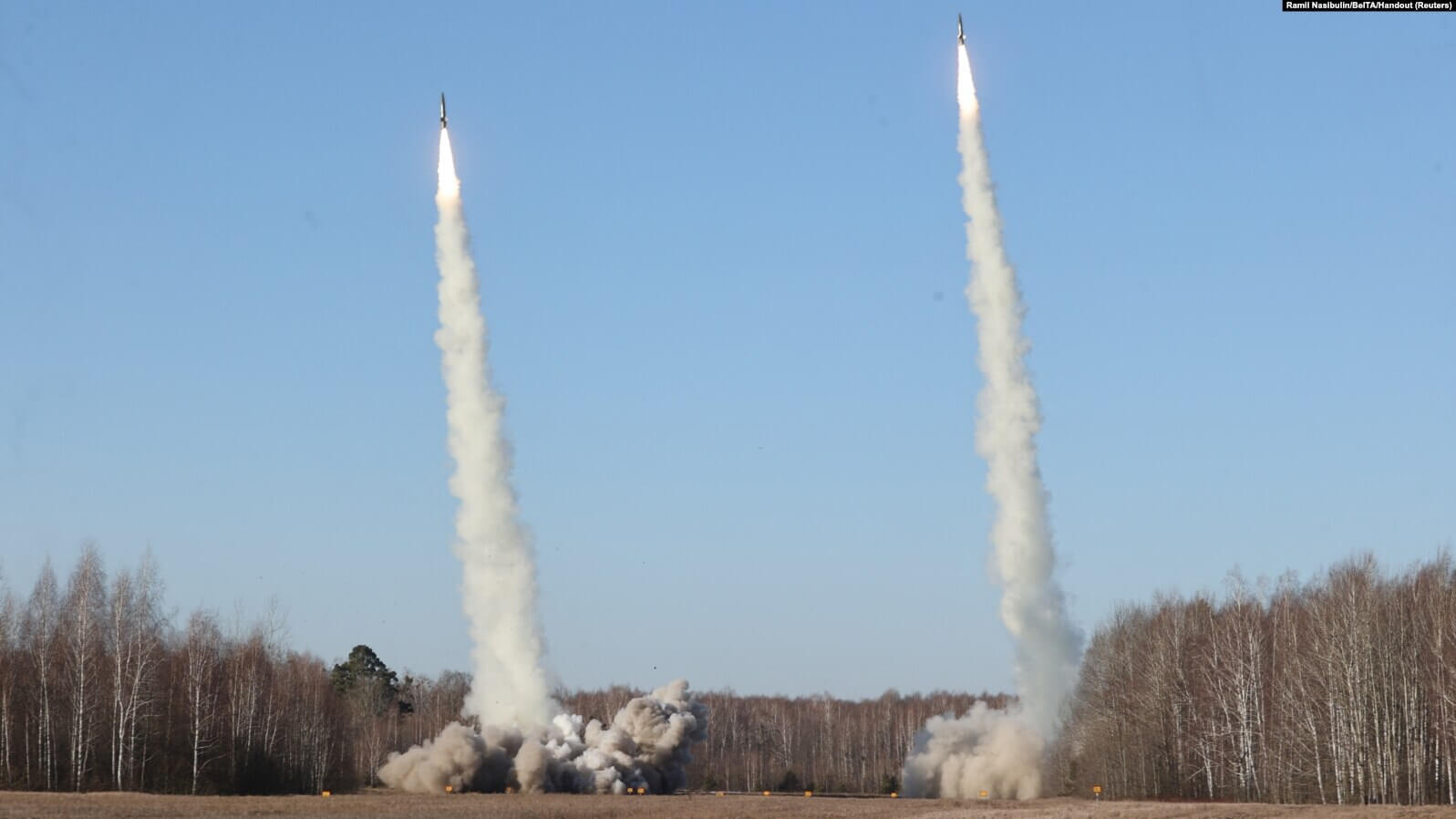 Since the first day of the invasion, the Russian Armed Forces have actively been using the territory of Belarus for missile strikes against Ukraine. According to the information we have, from February 24 to September 15, 2022, at least 717 missiles were launched from the territory of Belarus against Ukraine by the Russian Armed Forces.

Missile strikes are carried out both by mobile ground-based missile systems and by aircraft of the Russian Aerospace Forces, which enter the airspace of Belarus.

Conclusion. Given the previous experience with the Russian Armed Forces launching missiles from the territory of Belarus, the intensification of such activity is a realistic scenario for an even greater involvement of Belarus in the war in Ukraine.

Belarusian writer Ales Adamovich was one of the founders of Memorial

Belarusian Hajun: Military activity on the territory of Belarus on February 3

Belarusian Hajun: Military activity on the territory of Belarus on February 2

Belarusian Hajun: Military activity on the territory of Belarus on February 1

Zaitsev’s business partner and arms dealers who help the military-industrial complex of Belarus and Russia came under U.S. sanctions

Opinion: «September 17 is a day that has two sides, and we must remember what followed it and what preceded it.»

Is Belarus Europe or a part of Russia? Belarusians made their choice in 2020. Word for European politicians

Opinion. Telegram channel «Narodny deputat»: «What if it’s the opposite?»

Opinion. Artsyom Shraibman: Those who for decades have relied on the «don’t piss Russia off» position have proven to be fundamentally wrong

Leaks: Kovalev agrees to land a plane with an «IT specialist» who threatens Balaba?

An aircraft of the Egyptian Air Force arrived in Belarus