Military equipment is spotted throughout Belarus, but not where the drills are planned to be conducted

Military equipment, both Belarusian and Russian, continues to be spotted in different regions of Belarus. Separately, it is worth noting that there are more and more reports every day about the deployment of military equipment in the area of Mozyr, Rechitsa, and Yelsk. However, the Ministry of Defense did not report that the drills would be conducted in the Gomel region. 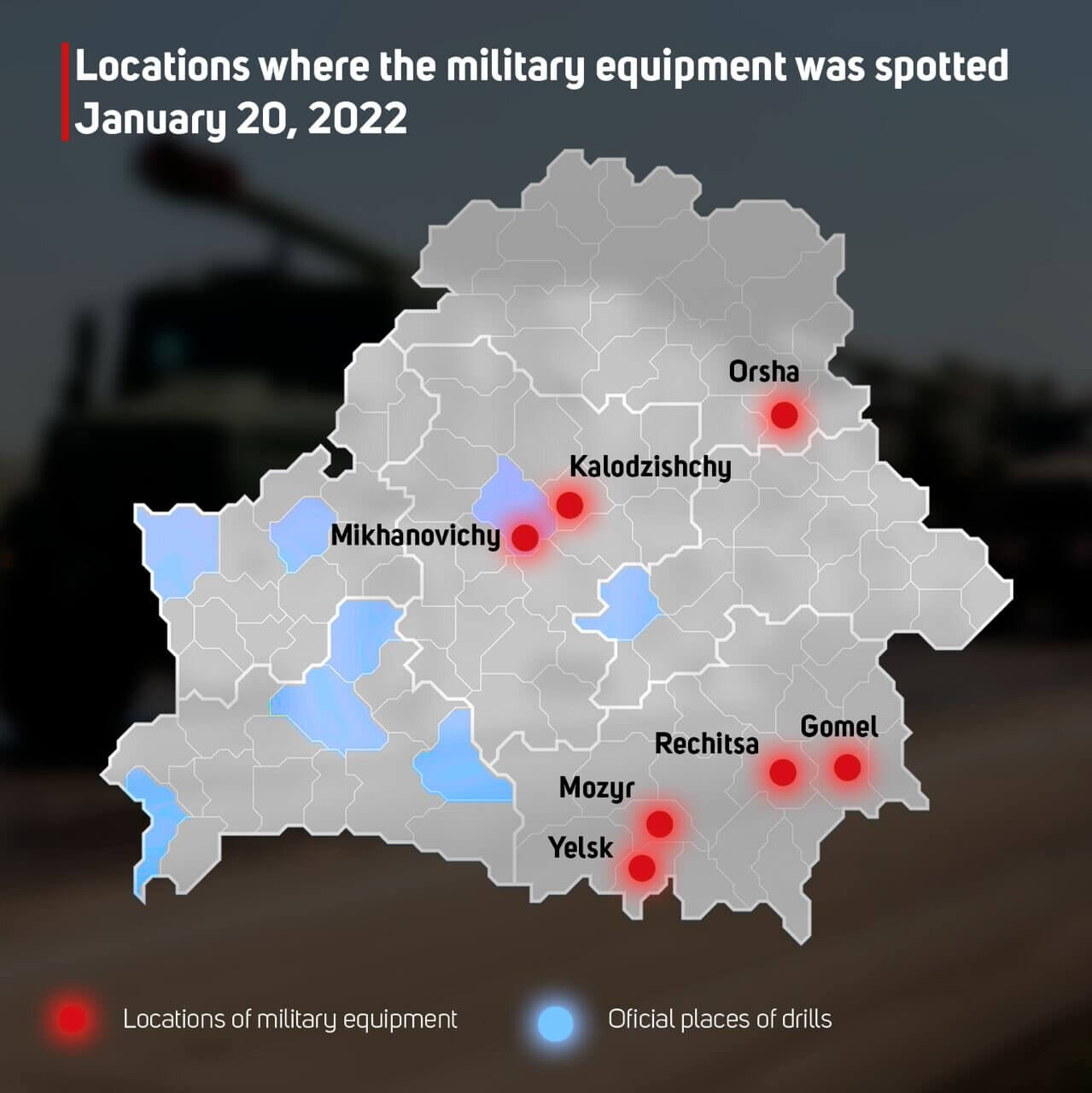 Locations where military equipment was seen on January 20, 2022 / motolko.help

It is known that a helicopter has been flying for several days in Yelsk, 30 km from the border with Ukraine, and military equipment is brought there by train. 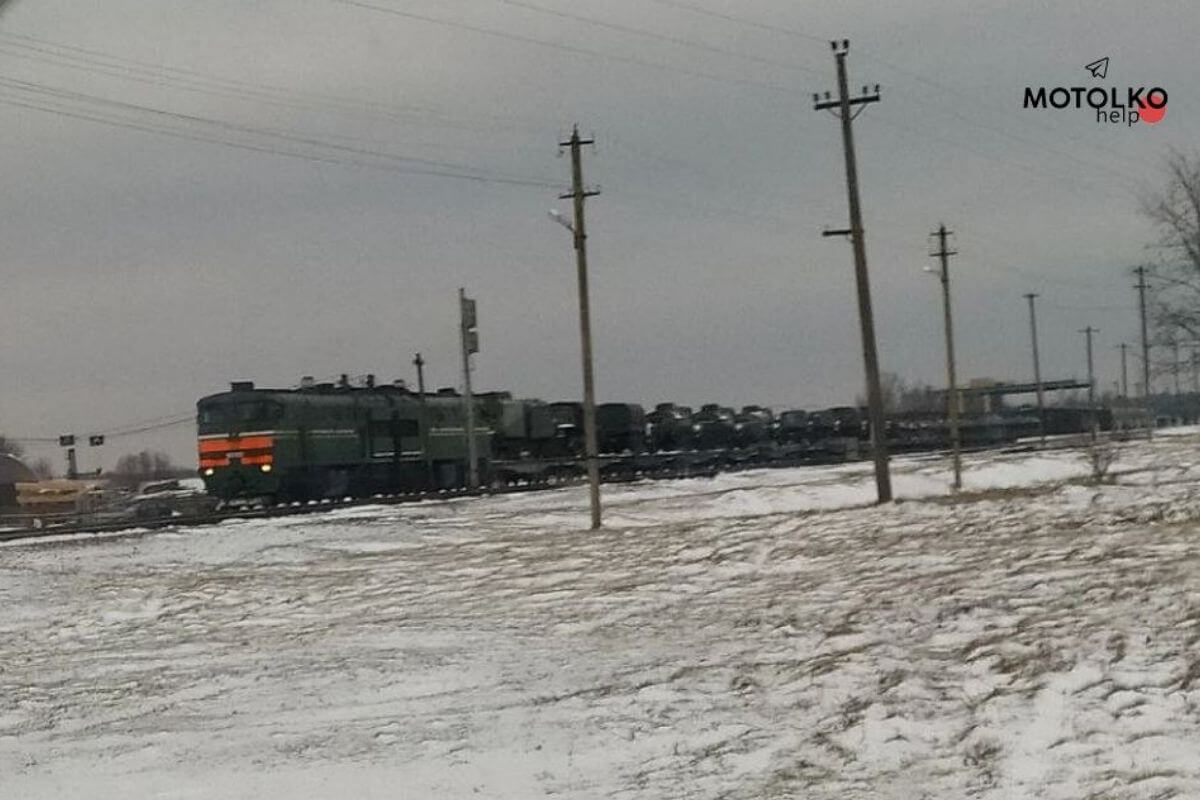 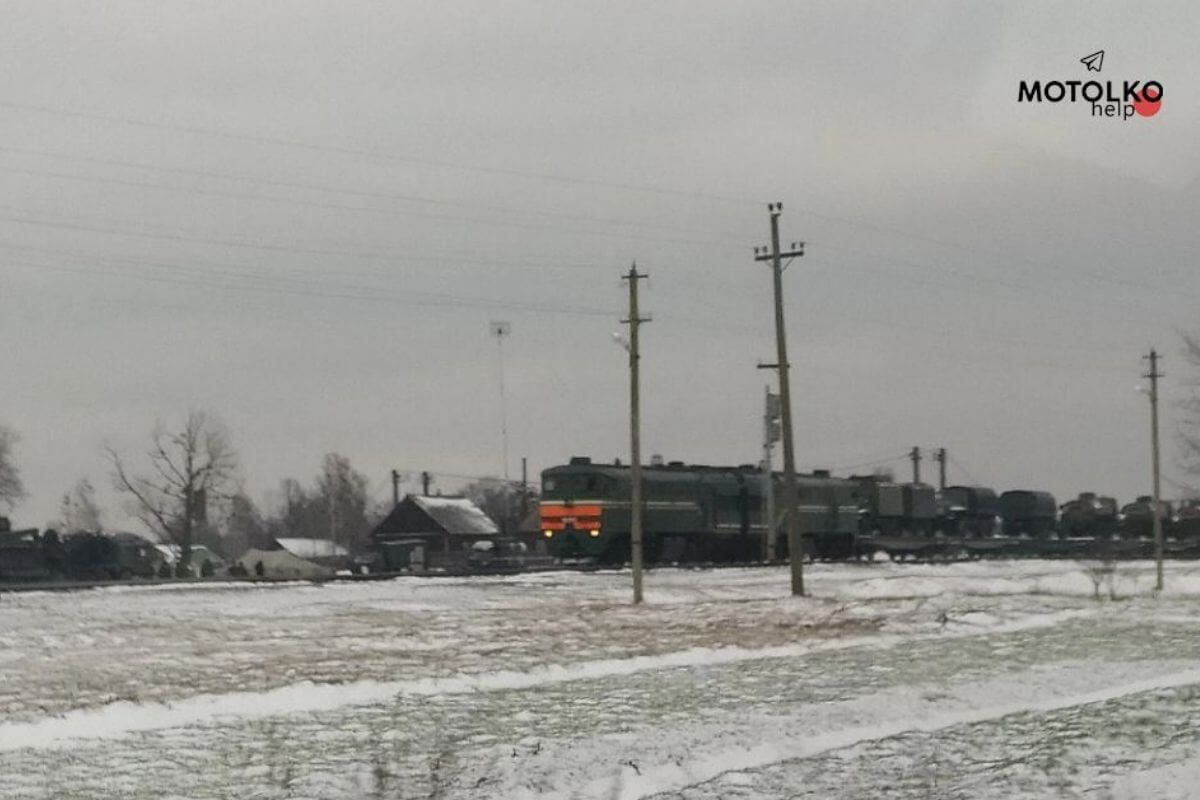 A train carrying the military was also spotted in Rechitsa, but in this case we can say for sure that the military from the Russian Federation landed in Rechitsa. You can see the remaining military equipment and tents next to the train in the video, in which the soldiers were after unloading. It is reported that there was a lot of equipment near the local station in the morning.

Another train with military equipment was seen in Gomel today. On the platforms you can see BTR-70MB, armoured reconnaissance vehicle “Caiman” (BRDM) and MAZ military trucks. Apparently, the equipment belongs to the 38th Separate Guards Air Assault Brigade, which is stationed in Brest.

Another train with military equipment was spotted in Gomel today (20.01). BTR-70MB, armoured reconnaissance vehicle “Caiman” & MAZ military trucks can be seen on the platforms. Apparently, the equipment belongs to the 38th Guards Air Assault Brigade, which is stationed in Brest. pic.twitter.com/ZXYIbvVnJc

A vehicle similar to BREM-1 (armoured recovery vehicle – motolko.help) based on the T-72 tank was moving from Mozyr in the direction of Lelchitsy town. It is designed for the evacuation of stuck and damaged equipment, as well as for repair and maintenance in the field.

If you see any equipment outside the official places of the drills, please send photos/videos to @motolko_bot or via the anonymous contact form below.

Leaks: Kovalev agrees to land a plane with an “IT specialist” who threatens Balaba?

A children’s hospice, which has existed since 2000, is being liquidated in Vitebsk