Served in Intelligence Service and worked at Gomeloblgaz. What is known about Dmitry Uskhopov, who died on New Year’s Eve in Rechitsa?

On December 31 at 23:10 at the bus stop “Detsky Mir” in Rechitsa, the police patrol detained a 27-year-old Dmitry Uskhopov, physical force was used against him and a couple of hours later he was taken to the district hospital in a state of clinical death. The editors of motolko.help tried to find out the details about this person. 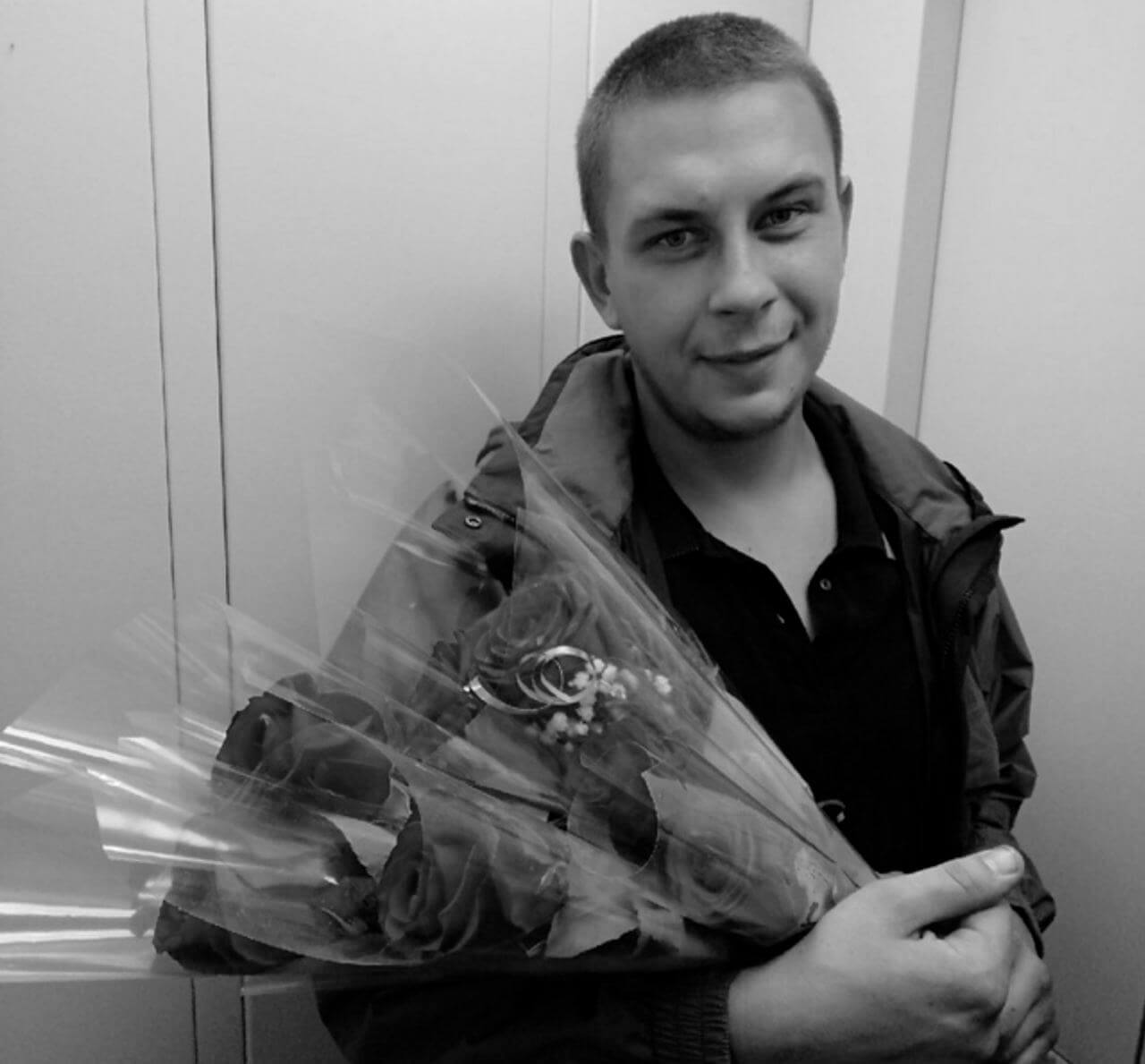 Dmitry Uskhopov / Photo from the private page of Dmitry

What happened to Dmitry on New Year's Eve?

The death was first reported by human rights activists “Paleskaya Viasna”. According to the information received from relatives, on New Year’s Eve Dmitry was going to his mother to celebrate New Year. However, he was detained at a bus stop with signs of severe alcohol intoxication, Dmitry resisted and, as the Investigative Committee later reported, physical force was used against him. Dmitry’s friend Alexander, who turned out to be a witness to the incident, said that two policemen called for reinforcements, and five more policemen arrived, who pushed Dmitry into a “paddy wagon”.

According to our information, Uskhopov was taken to the Police Department and to the hospital in a UAZ car, which belongs to the internal troops. According to preliminary information, the license plate of the car ended with VV-0, and senior lieutenant Yury Kozyrev and an ensign named Dubrovsky could be driving. 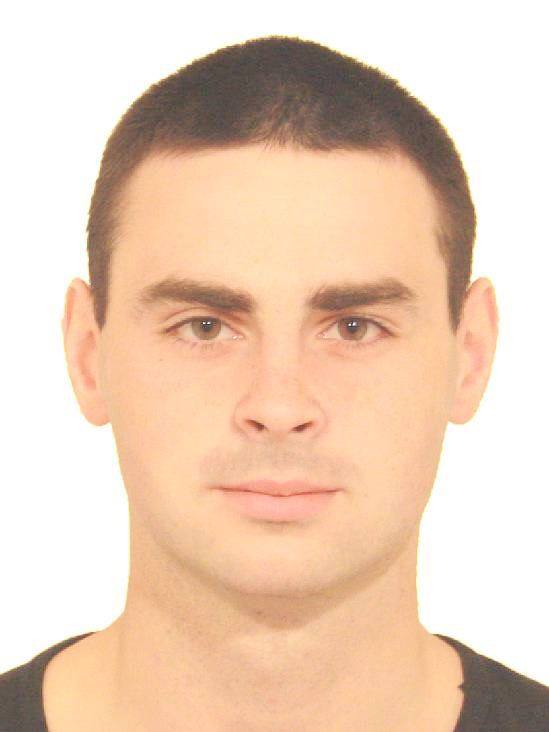 Senior Lieutenant Kozyrev Yury Vladimirovich. In 2017, he was the deputy company commander of military unit No. 5525 / motolko.help

However, according to the instructions, the man in serious condition should have been taken to the hospital by ambulance, and not by policemen or military men by UAZ.

According to relatives, in the Rechitsa Police Department, the man could be interrogated and beaten: “Dimka was taken to the Police Department. He was either interrogated and beaten, or hit once in his head, or shot with air gun, I don’t know for sure. He lost consciousness in the police department, they poured water on him there, tried to resuscitate him, his T-shirt was torn. They brought him with a half-naked torso and with his jacket on top. Hair, body, clothes – everything was wet, it is still wet in the morgue”, – his close ones told Flagshtok.

On the morning of January 1, an autopsy was performed, and yesterday the NEXTA telegram-channel published photos of the deceased from the morgue. We do not publish photos out of respect for the relatives of the deceased.

In the photo, you can clearly see abrasions and traces of handcuffs, and large blue spots on the back, according to experts, are corpse spots. The publication Zerkalo.io showed the photo to forensic expert Nadezhda Gurmanchuk, who said that the photos show body injuries, but the cause of death can only be found out with a full forensic examination. The expert noticed an injury on the head in the area of left eyebrow arch, which could be formed from the action of a blunt solid object.

“In the area of the hands and wrist, bruises are visible on the front surface of the left knee joint. Some of them have a strip-shaped shape, located in the wrist area, which indicates that they could have formed from the action of handcuffs. The rest of the bruises have an oval and rounded shape, they were formed from the action of a blunt solid object or objects. At the same time, it is impossible to specify this traumatic object”,– the expert says.

Gurmanchuk believes that all the injuries on the head, arms and legs can prove that they were formed shortly before the onset of death, but it is impossible to establish the cause of death for sure based on photographs.

Not much is known about the deceased, relatives told Mediazona that he played football, studied at the Minsk school of the Olympic reserve “Dinamo-Minsk” and served in the army.

A little more information can be found from the social networks of the man. He had a 5-year-old daughter, and worked at the Unitary Enterprise “Gomeloblgaz”, as evidenced by one of the photos. 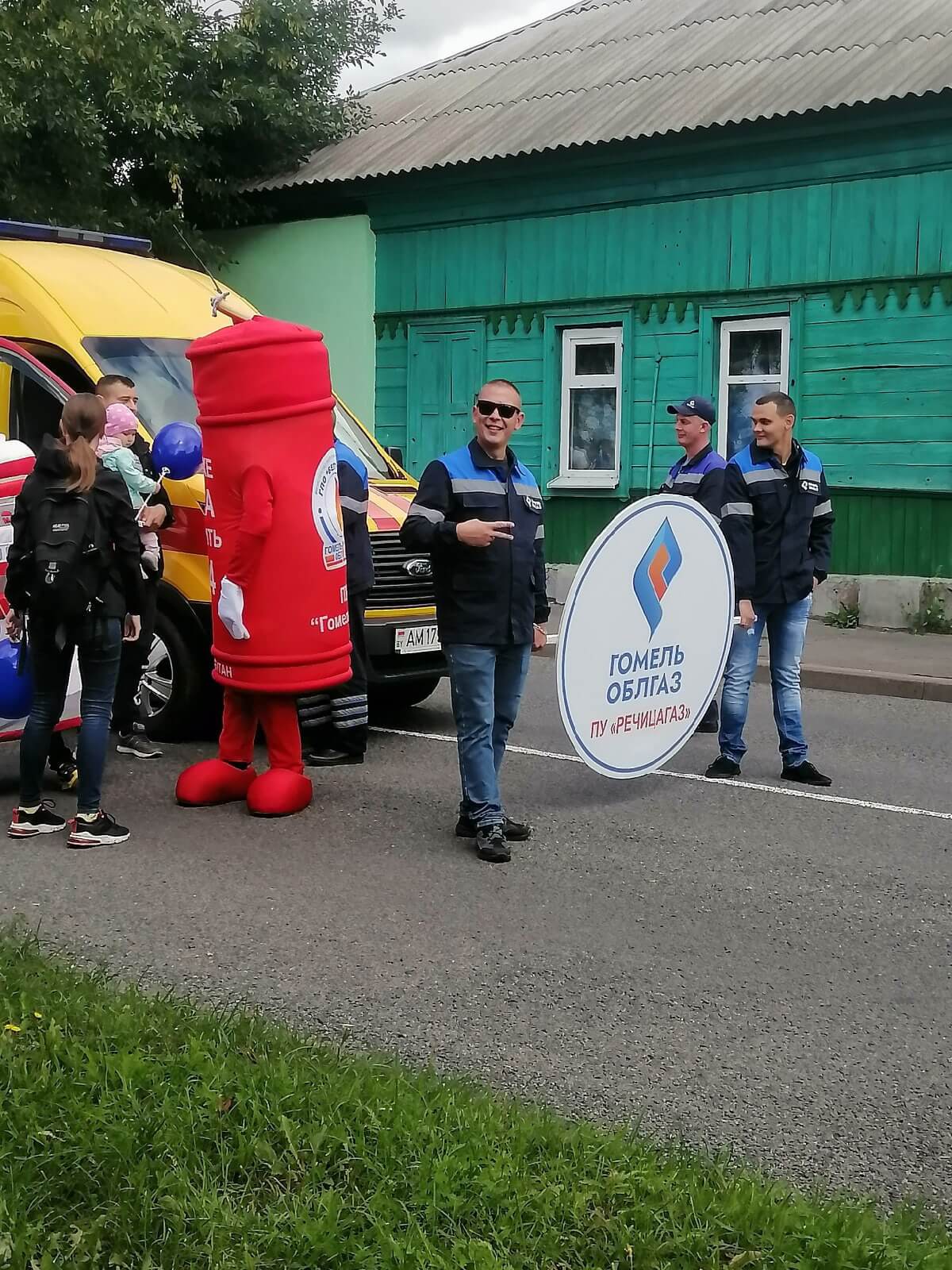 Photo from the private page of Dmitry

In addition, there are a number of photos from military service, in one of which there is a flag of the Intelligence Service of the Armed Forces of the Republic of Belarus, as well as congratulations on the day of the intelligence officer, which indicates in which troops he served. According to the photo, it can be assumed that the man served in the period of 2018-2019 in the 5th separate special operations brigade, which is based in Maryina Gorka.

Updated (03.01.2022 22:10): According to the updated data, Dmitry Uskhopov served in the reconnaissance battalion of the 19th Guards Separate Mechanized Brigade in the village Zaslonovo. In addition, it is reported that most likely the man served in the army in 2015-2016. 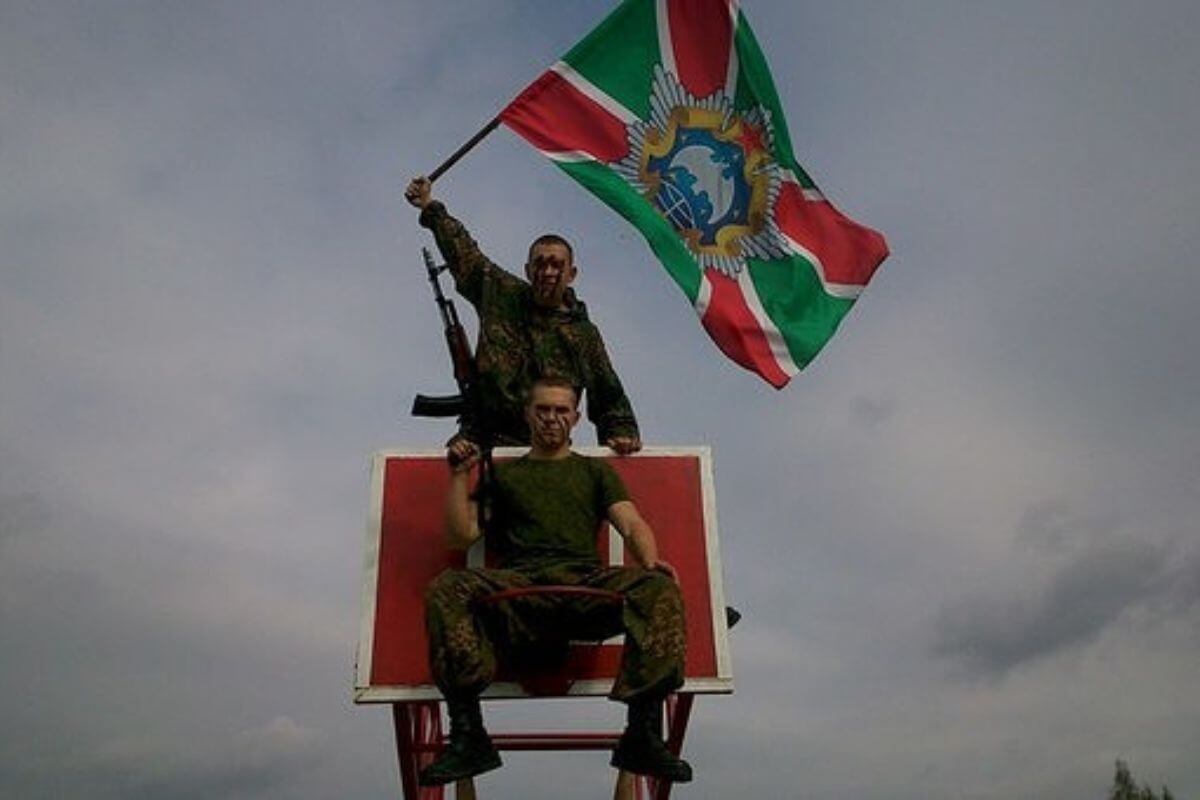 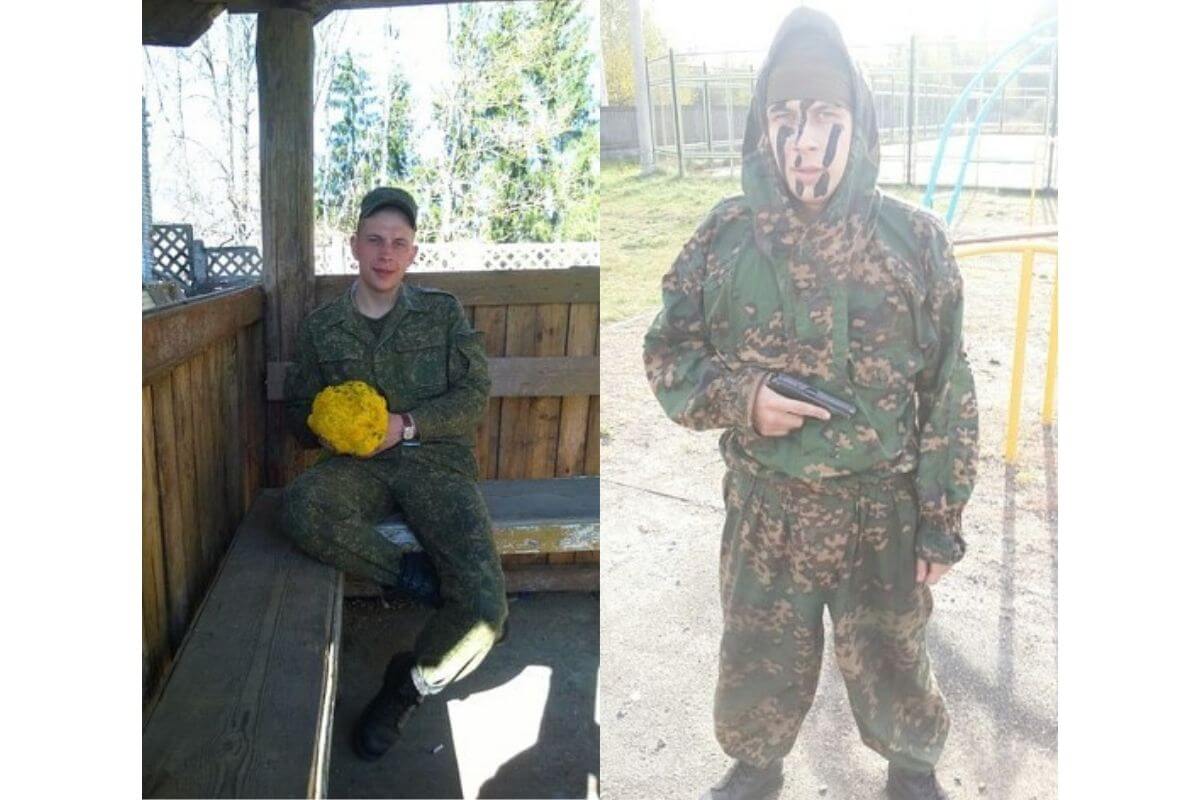 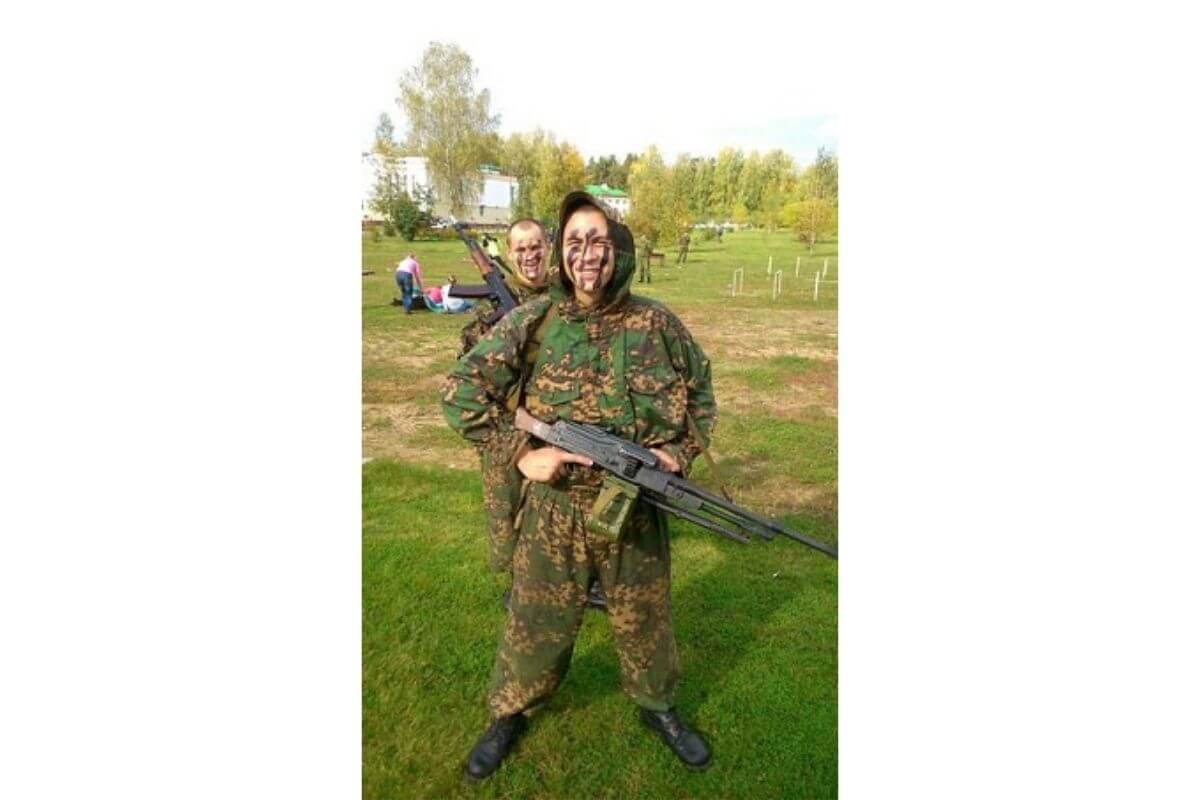 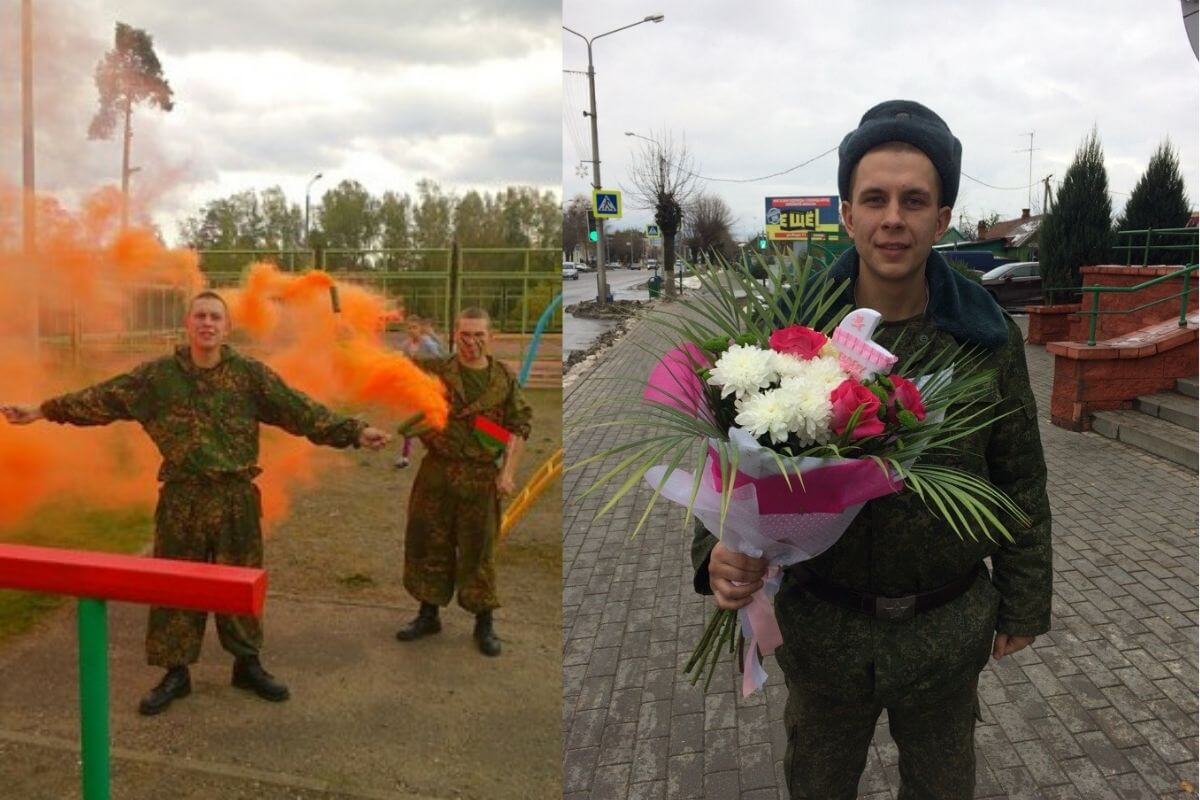 In addition, today the Investigative Committee stated that the deceased Uskhopov was repeatedly liable to administrative prosecution. However, we know that this is not true, Dmitry was only a fined for crossing the road in the wrong place.

The Investigative Committee also says that in the blood of the deceased there was 4,3 ‰ alcohol, and a bag with marijuana was found with him. The ministry claims that marks of a similar substance were found in the urine of the deceased. However, yesterday in the propaganda telegram-channels the information was spread that the deceased was going to buy amphetamine, but not marijuana.

If you have any additional information, please, inform us anonymously to @motolko_bot or via the form below.

U.S. sanctions will remain in effect until repressions in Belarus end

Three migrants were sent back to Iran, one of them could be persecuted in Iran for the escape

McDonald’s, MAZ and BTA Bank: What interests do Kazakhstan businessmen have in Belarus?