On December 9, Denis Baryshkov, a Representative of the Central Bank of the Russian Federation (CBR), said that all Belarusian banks have already been joined the Russian system for transfer of financial messages. However, the editors of motolko.help became aware that it started much earlier.

What is this system?

In Belarus, this system is called the “Service Bureau System for Transfer of Financial Messages” (SB SPFS). The website of the Central Bank of the Russian Federation published a list of banks joined it which contains all Belarusian banks, including the National Bank and the Development Bank. There are only two absent in the list: BSB Bank and TK Bank. 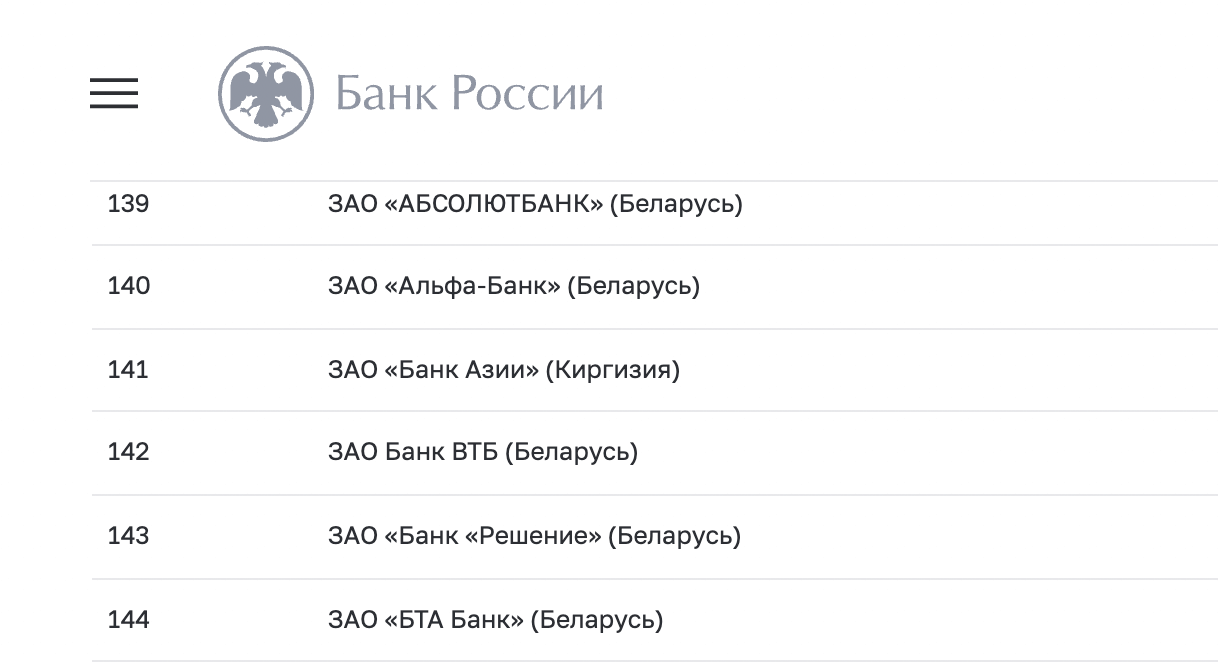 It is worth noting that in addition to banks, the Belarusian Currency and Stock Exchange and the Belarusian Interbank Settlement Center have also joined the Russian analogue of SWIFT.

Which banks have joined the SPFS and when?

It would be natural to assume that the fact of connection to the Russian system does not mean its active use. However, we know that payments via SPFS began almost immediately after the Belarusian banks joined it. And it increases with the introduction of new sanctions by the EU and the United States. Well, yes, they also started to connect them “not yesterday”, and the banks where Russian capital prevails were the first.

Updated 15:40: Our readers report that the process of connecting to the SPFS has begun in 2019, but people say the system is performs badly to circumvent sanctions.

“Large banks will not want to risk their presence in Western markets, and small ones have very limited opportunities to receive funds from abroad (especially unnoticeably). Basically, this is quite a technical moment that allows you to transfer money a little faster between the Russian SBP (fast payment system, – ed. motolko.help) and Belarusian”, –people write.

If you have additional information about the banking sector of the Republic of Belarus, please let us know in @motolko_bot or via the contact form below.

"A political Nobel Prize": Tsikhanouskaya, Kalesnikava and Tsepkalo were awarded the Charlemagne Prize

Sviatlana Tsikhanouskaya commented on the verdict to Siarhei Tsikhanouski