Propagandists from Gomel have introduced a new method of hate and intimidating ‘undesirable’ people: they bring correspondents of state-owned media to political detainees right into pre-trial detention centers. They interrogate the detainees, who are forced to repent on camera, and then pro-governmental media publish materials, in which they present information in a mocking form.

Recently, Gomel State TV and “SB. Belarus Today” published a video of detained programmer Andrei Utkin. He is accused of sending a photo of a Russian KamAZ truck seen in the center of Gomel to a telegram channel recognized as extremist by the Belarusian regime. The young man faces up to 6 years in prison for this.

The propagandists of the “Gomel” TV and radio company used the forced humiliation ‘confession’ of a 30-year-old man, using such expressions as “another IT guy played a spy”, “this is where banal stupidity leads to”. Propagandists are perplexed: he earned decent money, had an expensive car, did not complain about life – they say, what else did he want? 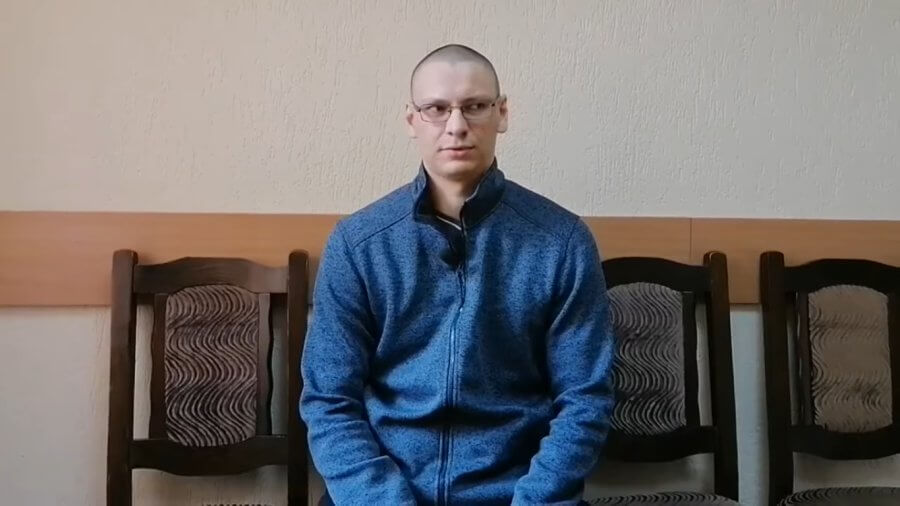 A Gomel resident told about his ‘guilt’ – a criminal case was opened under Article 361-4 “Assistance to extremist activity:”

“When I was driving around the city, I was surprised to see a KamAZ truck with a V “mark” next to Lenin Square. So I decided to take a photo and send it to the Telegram channel. About two weeks later, I was detained by GUBOPiK* officers at my house. I was very shocked, I didn’t know that there was criminal liability for taking a photo.”

*GUBOPiK is the Main Directorate for Combating Organized Crime and Corruption of the Ministry of Internal Affairs of Belarus.

“He decided to play a spy, but screwed up with the choice of content. Now Andryusha is scared.”

This propaganda resource posted a clip of a video, from which it is clear that the detainee is interrogated by correspondents, in particular, by Gomel TV worker Marina Severyanova:

“Were you satisfied with life in our country? What was your income per month? The state did everything to allow you, as a specialist, to fulfill yourself in our country. What are you feeling now?”

Propagandists interrogated another detainee in a pre-trial detention center – for information about an aircraft taking off from Gomel and a video of PAZ buses carrying wounded Russian soldiers. Tatsiana Gremeshkevich of Gomelskaya Pravda warns in her article: “If you hear aircraft taking off, don’t write anywhere.” 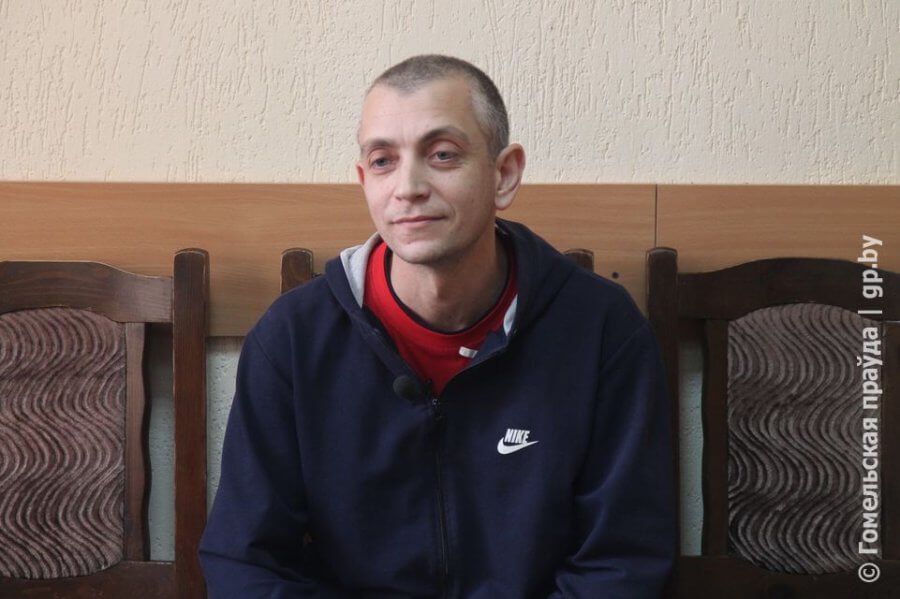 “A Gomel resident studied YouTube trends and was in destructive chat rooms, after which he felt the urge to take part in a “special operation to save ordinary Ukrainians and Belarusians.” He posted three messages on the Internet that an aircraft was flying over Gomel, indicating the time and approximate geolocation. And then he added a video of movement of Russian PAZ buses.”

Then the man worked as a volunteer at the border, helping Ukrainians:

“About a month passed after the publication. After I broke my back in the international mission area while setting up a tent camp and could barely walk, I went to the hospital. One day, four guys came into a hospital room. I thought someone was going to be placed next to me and did not pay attention, I was lying there playing with my phone. They told me: “Oleg, pack your stuff.” Before I arrived at GUBOPiK, I could not understand what was going on, why I was there. Then they opened my eyes, and it turned out that what I was doing fell under the criminal article as assistance to extremist activities.”

These were not the only residents of Gomel region detained for photos of Russian equipment. It is known that a criminal case was initiated against the director of a company for a video with Russian soldiers in Gomel.

The chosen ones. Which of journalists work at the Belarusian-Polish border