An online hypermarket amd.by has not been working for a week

Readers of motolko.help report that one of the major online stores amd.by has been out of work for almost a week. A notice appeared on the website: “The website temporarily does not accept orders according to the prescription 06-18-6 / 1571 of 15.12.2021. Based on paragraph 20 of the Decree of the President of the Republic of Belarus dated April 24, 2020 No. 143 “On Supporting the Economy”.

This paragraph of the decree states that for the prompt detection and suppression of violations of the law, unscheduled inspections may be appointed, which, in case of violations, can suspend the work of a retail facility for up to 90 days. 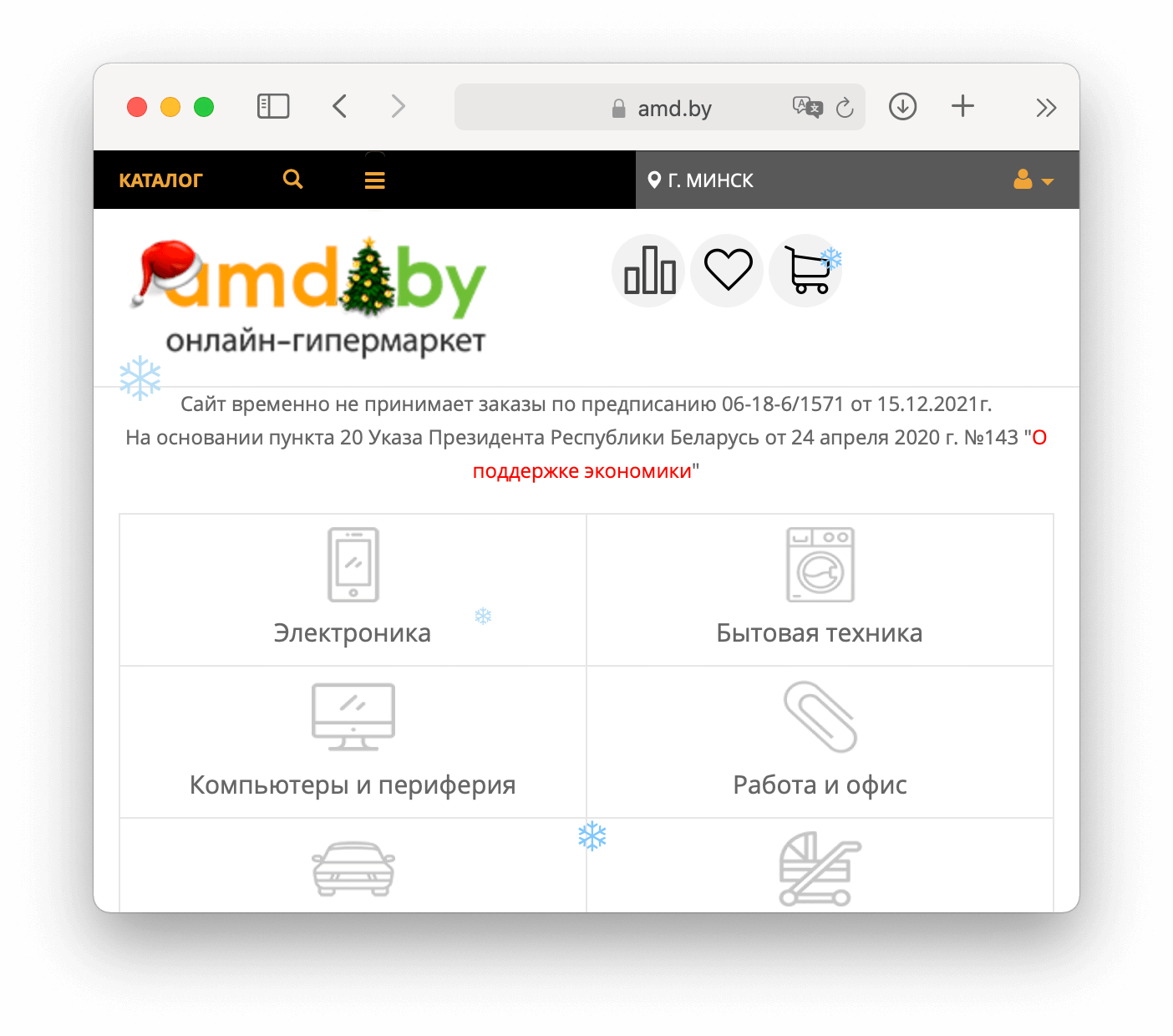 Thus, it can be assumed that the work of the Internet hypermarket was stopped as a result of an unscheduled inspection. We note that the company’s social networks have not been updated since December 16.

In addition, it is worth noting that in the “Pick-up” section of the website, it is indicated that all points of delivery of goods are currently “temporarily not working”, and near some there was an inscription “OZON premises“.

One of the users on Twitter also drew attention to this, who said that at one of the amd.by pick-up points on Partizansky Avenue a sign of a Russian online store appeared.

Updated at 16:10: Officelife says there’s no problem with the store. According to their information, the website does not work for technical reasons and now the order can be made by phone.

Some readers also report that today the store took orders, but only with delivery, also goods are delivered when ordering via onliner. In addition, readers confirm the information that all pick-up points are currently under repair.

Updated at 16:30: Representatives of the Russian online store OZON answering the question whether they bought AMD.by pick-up points, told the Officelife publication: “There was absolutely no deal with AMD.by”.

Belavia has returned six of its aircraft to the lessor

Tsikhanouskaya commented on Russia’s recognition of the “DPR” and “LPR”