Part of the bridge on Nemiga collapsed in Minsk 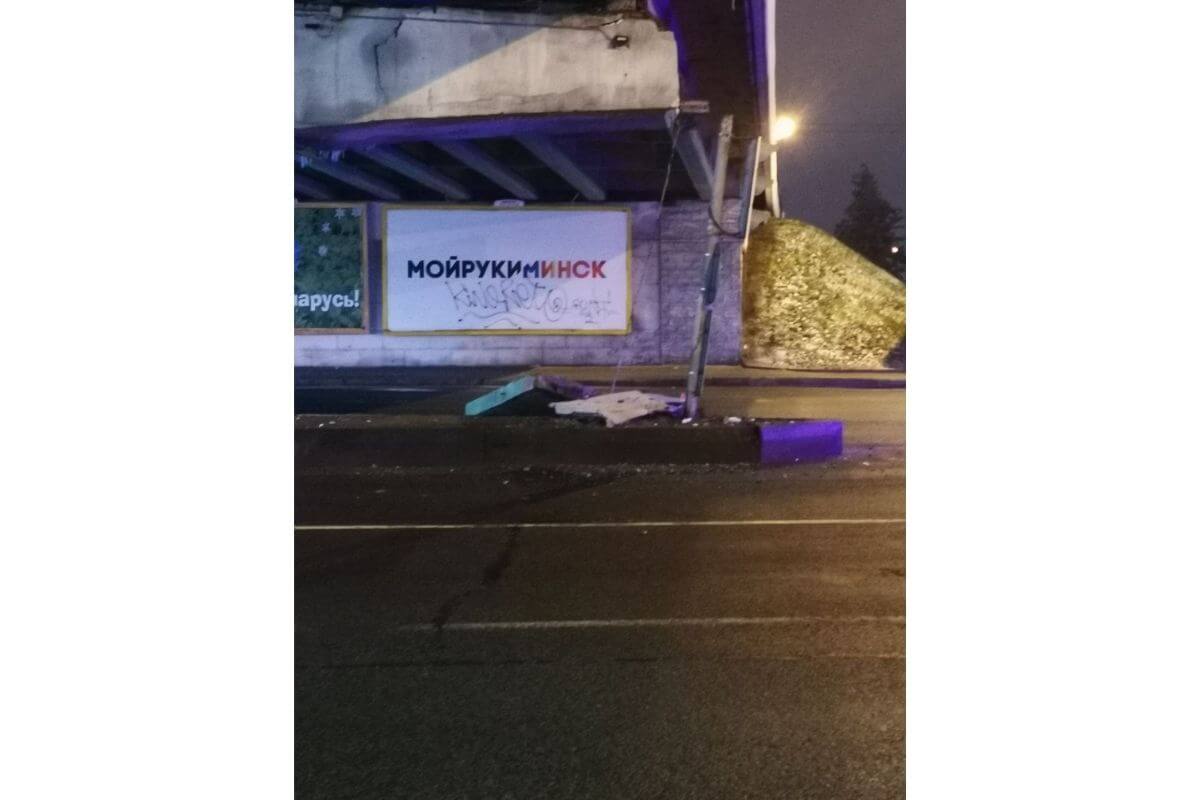 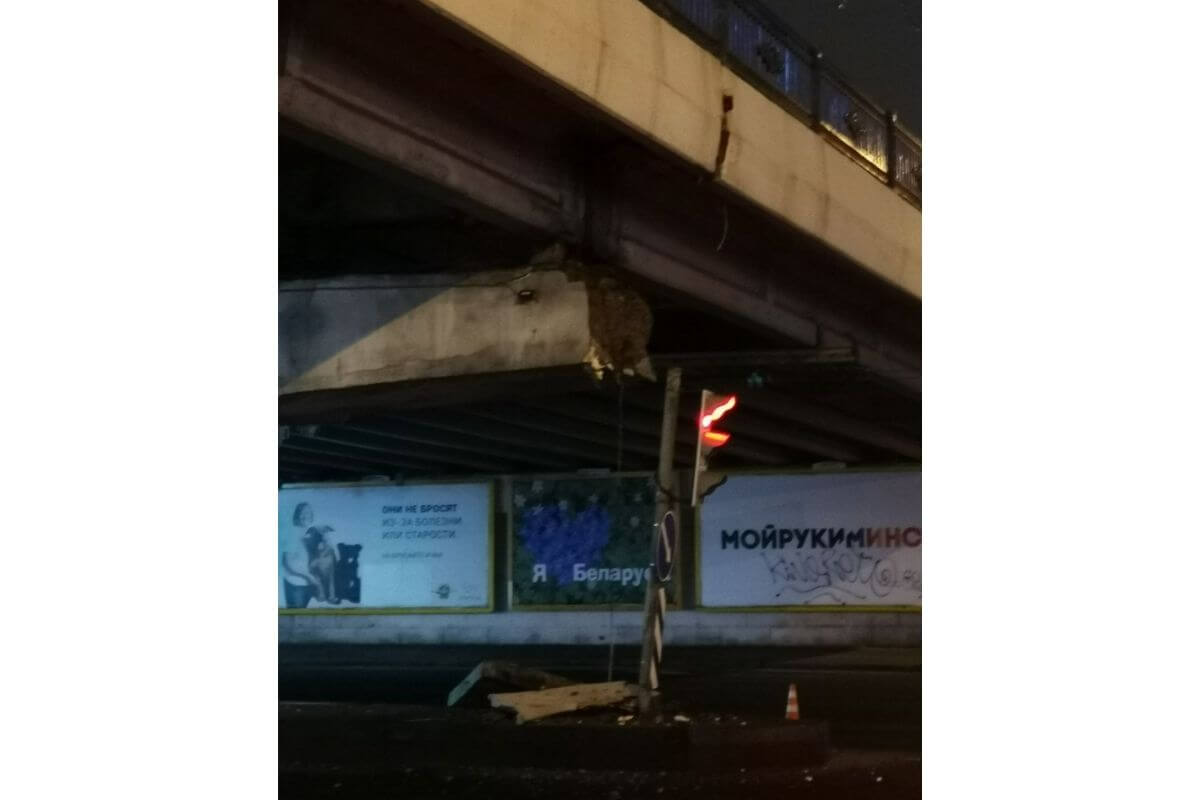 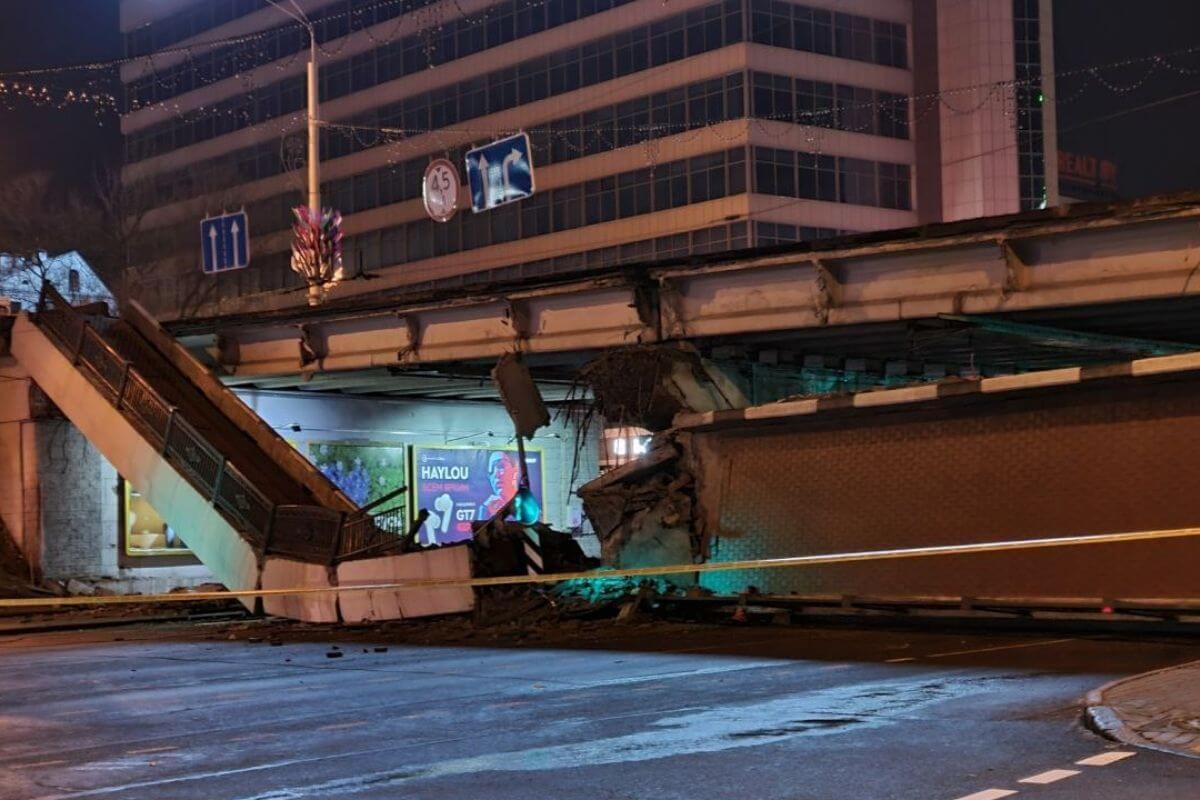 It is reported that the employees of the Ministry of Emergency Situations arrived at the site to eliminate the consequences at 4 a.m. and began to dismantle the rubble. The Minsk City Executive Committee said that the preliminary version of the bridge’s collapse is “fatigue of structures (due to the operation of the metro and increased load due to temperature spikes).”

In addition, the reason could also be the excessive use of reagents, which, in addition to destroying ice, also gradually corrode iron and steel rods in reinforced concrete. In turn, this leads to the fact that the concrete breaks off and the floors do not withstand the load.

According to Alexander Dorokhovich, the Deputy Chairman of the Minsk City Executive Committee, work on the bridge across Nemiga Street will be carried out around the clock. During the day, they are going to complete the dismantling of the collapsed structures, and in a week, they plan to dismantle the entire overpass. “The construction of a new one will be started promptly, but the work will take several months. They will be conducted around the clock”,–  Dorokhovich said.

It is noteworthy that the last time the bridge was overhauled was in 2017, and then $1,5 million was spent on it.

How was traffic restricted and how will the public transport pass? 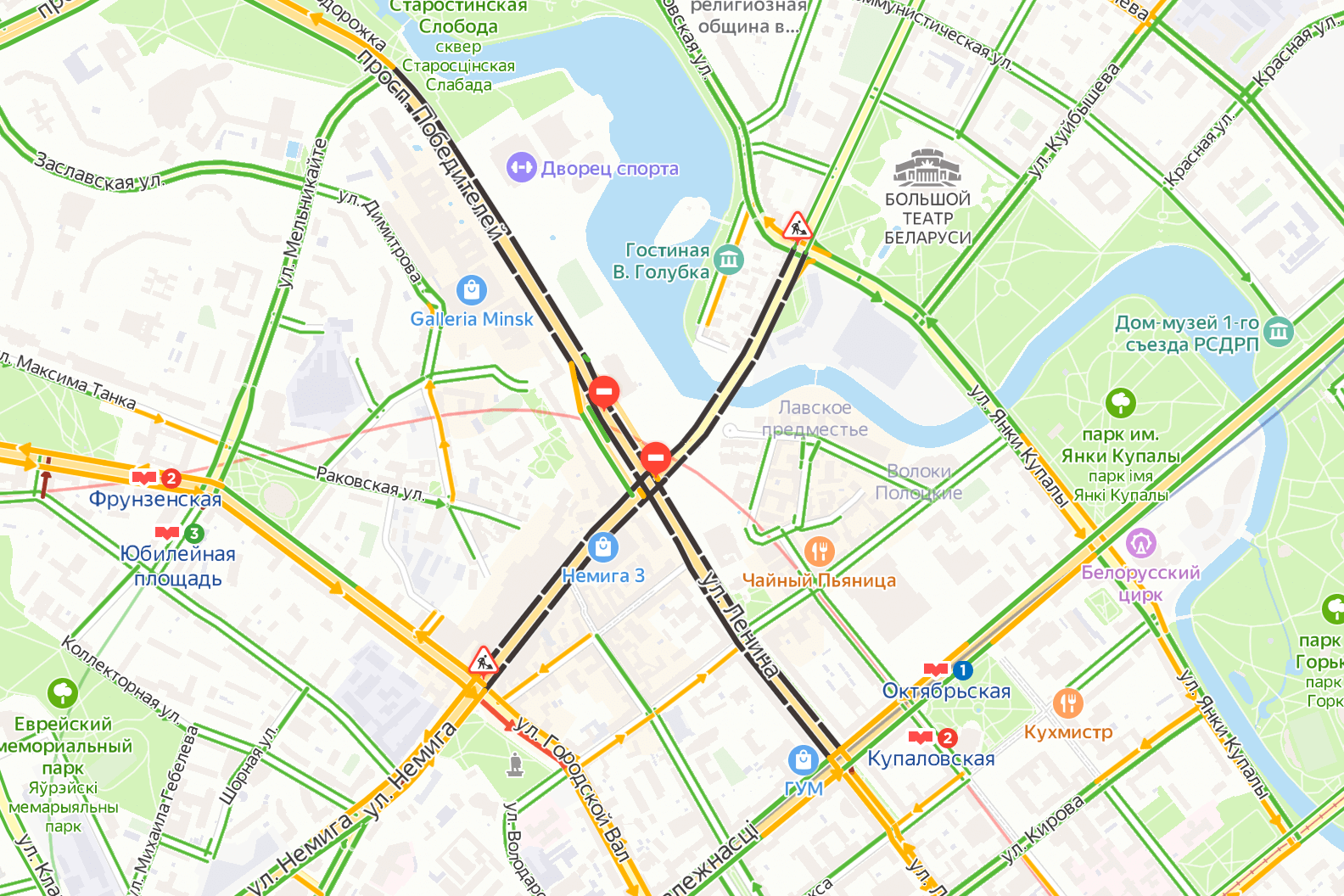 Traffic restrictions in the center of Minsk / Yandex Maps

In addition, according to Minsktrans, the traffic patterns of buses and trolleybuses are changing due to the elimination of the consequences of the collapse. How public transport will pass: