Apple has unblocked the accounts of Belarusian iOS-developers

Yesterday, Belarusian iOS developers received letters from Apple, which spoke about the imposition of sanctions, and it was reported in the headline of the letter: “Your account has been deactivated.” Moreover, such letters came even to those developers who had already changed their legal address to a jurisdiction in another country.

This morning, users noticed that Apple lifted the blocking of their accounts. In the account of the developer of the App Store Connect in the “Legal entities” block, the region received the status of “Free from sanctions”.

A little later, Belarusian developers received a new letter from Apple apologizing for the unjustified blocking of their accounts due to sanctions. 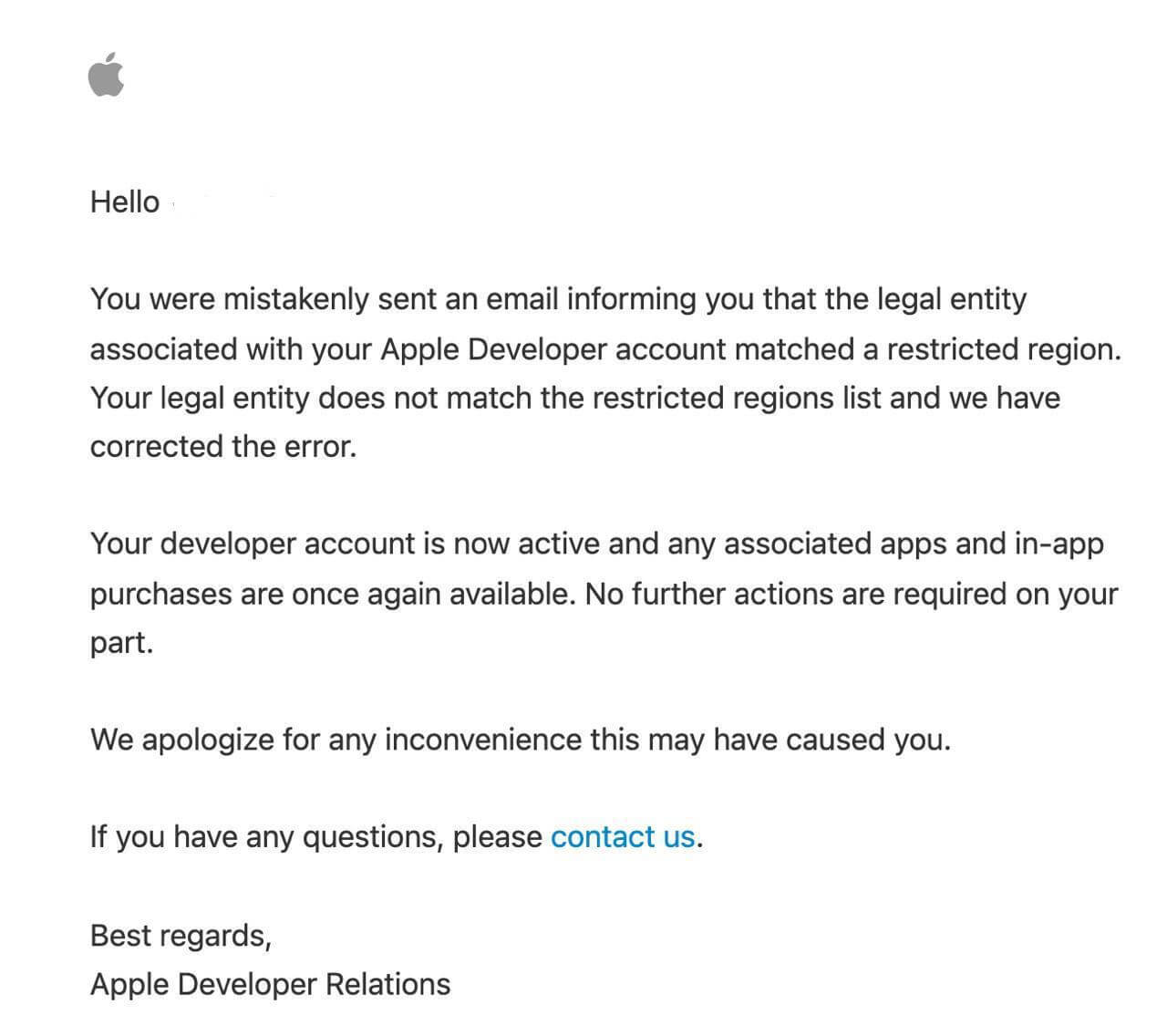 It is noteworthy that in the chats, the developers suggested that the blocking occurred based on citizenship. An example of this is the cases when yesterday Apple blocked a user account, who has legal registration and a bank in the UK, but the citizenship of a person is Belarusian.

Many people report that they will transfer the registration of their accounts from Belarus to countries “outside the CIS” to ensure security in future. Users note that the risks for business in Belarus have increased many times after 2020, and the blocking from Apple is an example of this.

Belavia has lost the 14th aircraft

Viktar Babaryka is limited in reading in colony